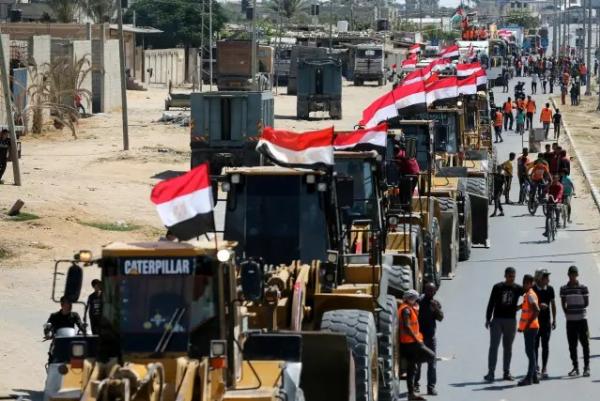 Rolls dozens of construction equipments, including bulldozers, cranes and trucks into Gaza strip on Friday.

Egypt, a country linking northeast Africa with the Middle East, ruled the Gaza Strip between 1948 and 1967. 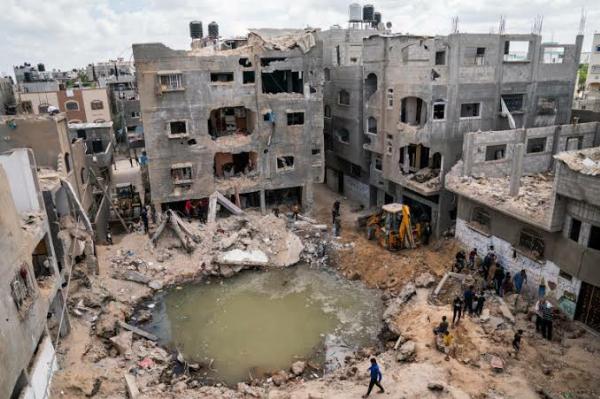 Egyptian President Abdel Fattah Sisi has pledged $500 million to help rebuild the houses and buildings that were destroyed during last months conflict between Israel and Hamas.

Egypt, a country linking northeast Africa with the Middle East, ruled the Gaza Strip for about 9 years — between 1948 and 1967. The government of Egypt played a crucial role in reaching the Israel-Hamas ceasefire, which took effect on May 21.

And to fulfill his promise to contribute to reconstruction of the Gaza Strip, dozens of Egyptian bulldozers, cranes and trucks were rolled into the war-torn area last Friday.

According to reports, the Egypt have warned Hamas leader Yahya Sinwar against initiating another round of fighting while it help rebuilding the Gaza Strip. 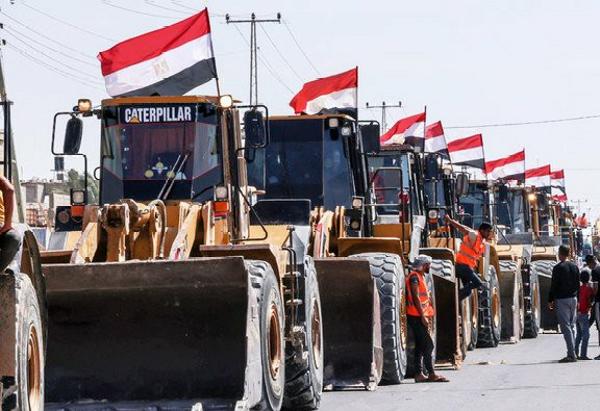 So the presence of the Egyptian construction teams in the Gaza Strip means that Hamas will not be able to resume the rocket attacks on Israel.

“It will be hard for Hamas to initiate another round of fighting with Israel when there are many Egyptians inside the Gaza Strip,” 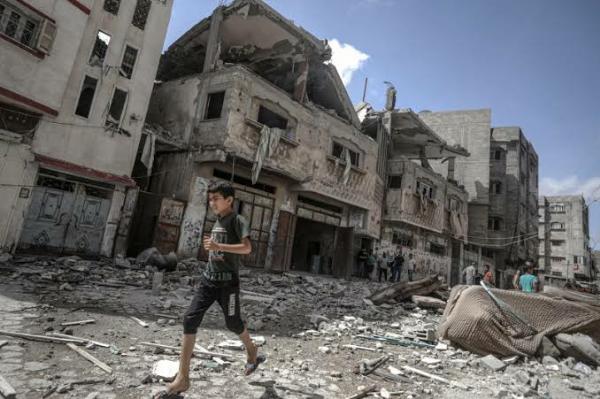 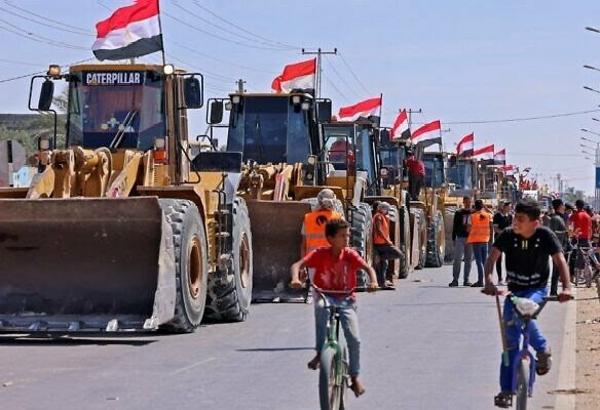 “If Hamas or Palestinian Islamic Jihad start firing rockets at Israel while the Egyptian construction teams are working in the Gaza Strip, the two groups will get into trouble with Egypt.”

The Egyptian decision to send building equipment and engineers to the Gaza Strip have led many to think whether it is planning to return to rule the area. 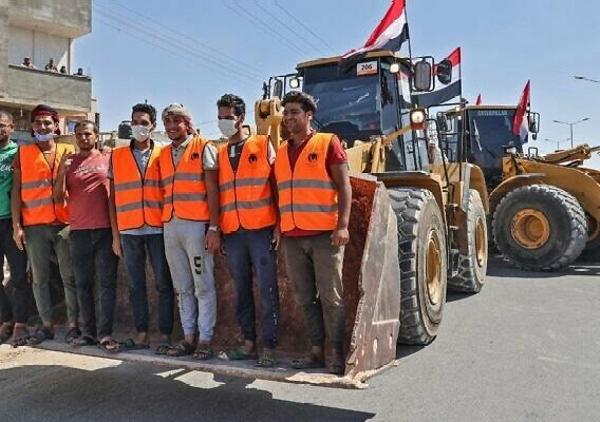 But a source said Palestinian Authority President Mahmoud Abbas dismissed the talk about a possible return of Egyptian control of the Gaza Strip.

The source said Mahmoud Abbas appreciated the efforts Egypt has been making to calm the situation and assist in the reconstruction efforts in the Gaza Strip. 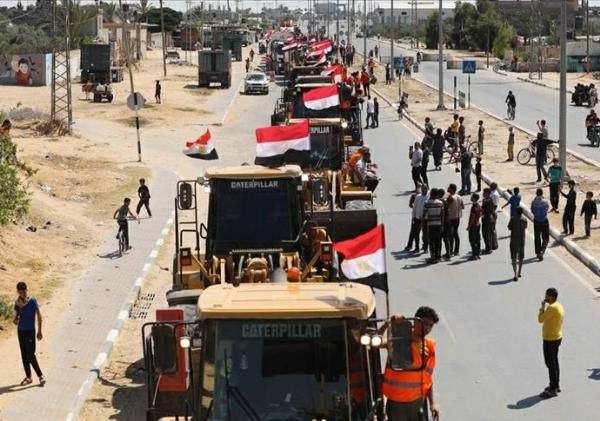 “The Egyptians are working to achieve Palestinian national reconciliation and reunite the West Bank with the Gaza Strip,” the official said.

“That’s why they have invited representatives of several Palestinian factions to Cairo. The Egyptians support the establishment of a Palestinian state in the West Bank, Gaza Strip and east Jerusalem.”