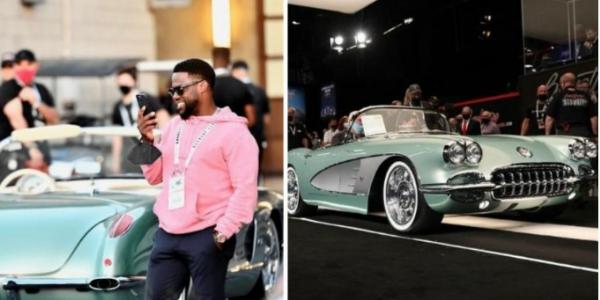 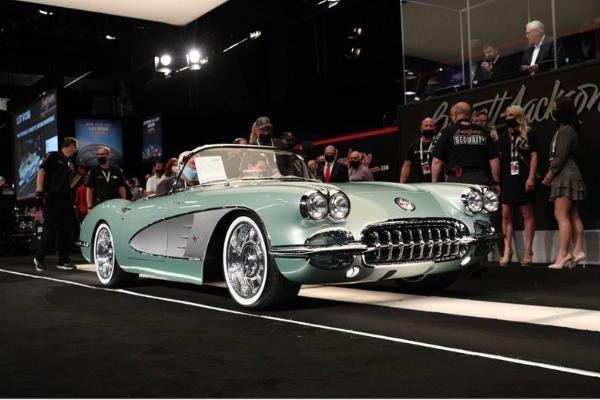 Last week, Kevin Hart and his crew, the Plastic Cup Boyz stormed the Barrett-Jackson Scottsdale event, where the comedy superstar picked up a new addition to his collection, a custom 1959 Chevrolet Corvette.

The 41 year old American comedy superstar, who was the highest bidder, paid $825,000 for the two-tone unique 1959 Chevrolet Corvette. 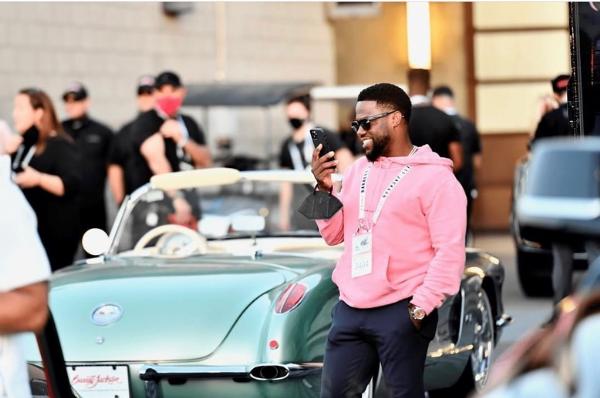 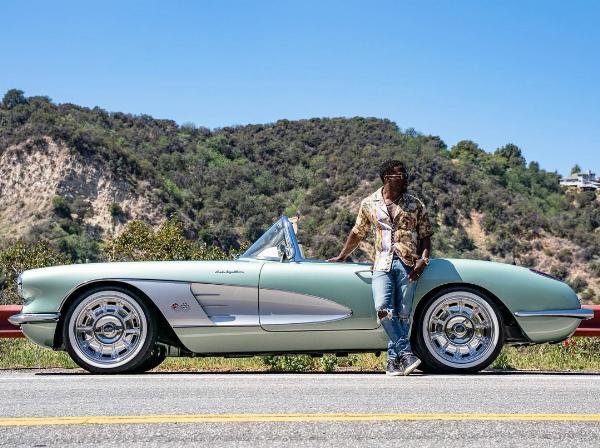 Taking to his Instagram page to flaunt his latest ride, Hart said :

“This weekend was crazy….Me & the @plasticcupboyzcarclub went down to Arizona to the @barrett_jackson car auction and had a blast”

“So many amazing people were at this auction and so many amazing cars ….I was lucky to bring home this beauty!!!!! Welcome home “Mint Condition” 😂😂😂😂 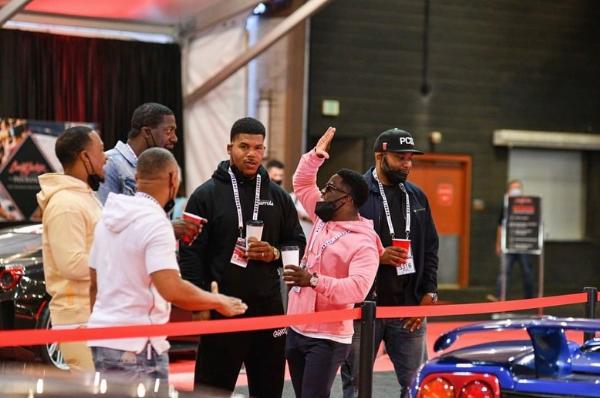