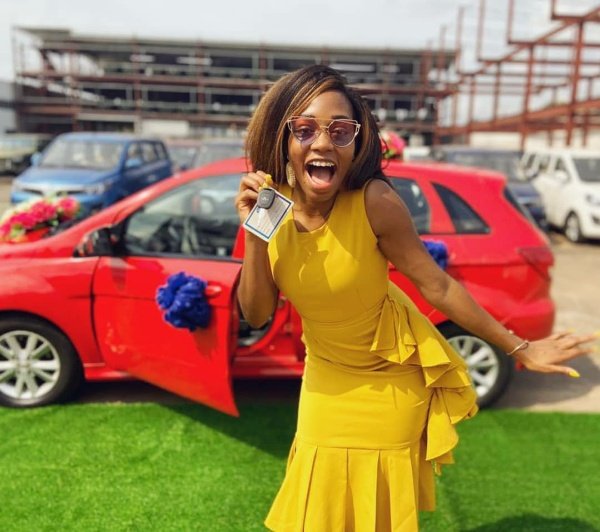 Big Brother Naija (BBNaija) ‘Pepper Dem’ housemate, Khafi Kareem has disclosed that she had an accident with her IVM Fox on  Saturday.

The Reality Show Star, Khafi took to her Instagram page to disclosed that she drove her car into a deep gutter. She added that it took the efforts of three able men to moved it back to the road.

The United Kingdon Metropolitan Officer further revealed that the incident made her feel like not driving again.

According to the former BBNaija housemate, ”I almost said I’m never going to drive again. But then, I remember I am a #goalgetter we don’t give up easily.” 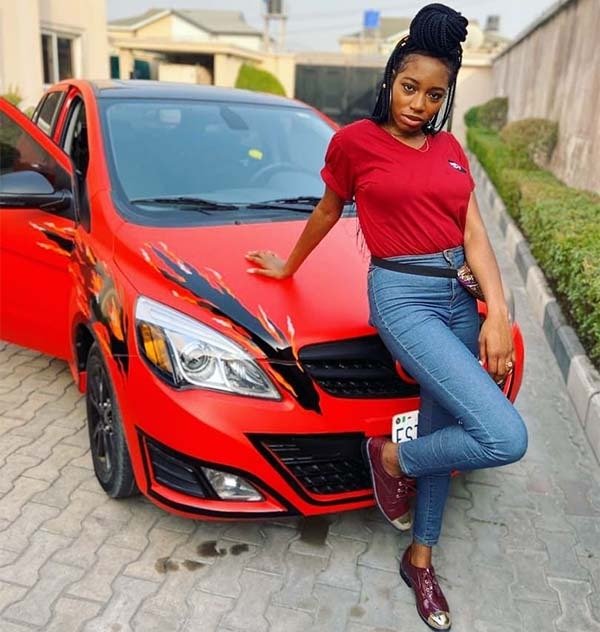 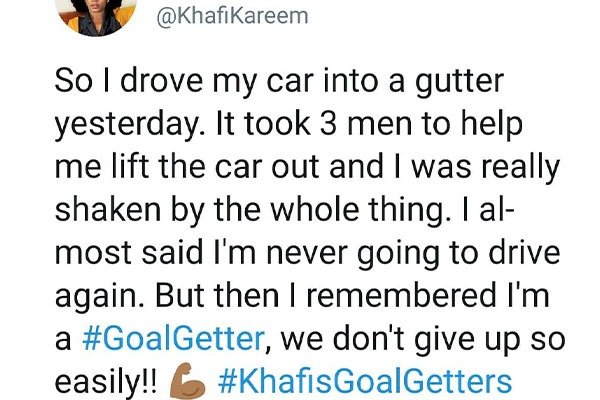 However, Kaffi has taken to her Instagram page on Monday that she has begun her driving school class.

The car involved in the accident was the gift Khafi received from the Innoson Vehicle Manufacturing.

Khafi won the Innoson IVM Fox after emerging the winner of the Innoson motors challenge during the just concluded BBNaija show.