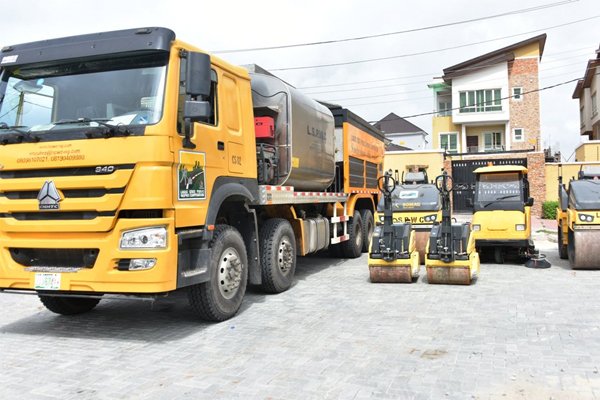 The Lagos State Government on Wednesday commenced the urban regeneration of Ikoyi, Victoria Island and Ikeja G.R.A, with the unveiling of 45 new road construction equipment and commissioning of newly interlocked road in Lekki.

The equipment, including three road printers and three giant wheel leaders, were unveiled after a public demonstration to the media and government functionaries to complete the construction of interlocked road in Joseph Hotounu Street, Lekki.

Others are five driving rollers, 18 hand operating rollers, one excavator, one paver, six tractors, three wheel loaders, one chip sealer, one milling machine, one hiab, one sweeper machine and one synchronous chip sealer.

Speaking at the unveiling, the State Governor, Mr  Akinwunmi Ambode, said the new equipment were procured in line with efforts to reposition the Lagos State Public Works Corporation for the urban regeneration programme aimed at addressing environmental and infrastructural challenges in Ikoyi, Victoria Island and Ikeja G.R.A.

The Governor, who was represented by Commissioner for Physical Planning and Urban Development, Mr Rotimi Ogunleye, said the equipment would be immediately deployed across the State for the urban renewal initiative, saying that they would go a long way in ensuring the regeneration of the entire Lagos landscape.

“We are here to commission these machines, equipment and gadgets and to state that these range of products would be deployed immediately to the urban regeneration of Victoria Island, Ikoyi and Ikeja and they are being put in place today to further upgrade the activities of the Lagos State Public Works Corporation so that from their three centres in Badagry, Ojodu and Imota, they can take care of the rest of Lagos State.

“We are at this site to see physically the demonstration of the capability and capacity of the equipment. I want to state emphatically that this development is a sign of the government’s commitment to the regeneration and renewal of the entire Lagos State landscape.

“The Public Works Corporation has three regional centres in Badagry, Ojodu and Imota of which the various machines would be deployed to the various areas. Essentially, this point is to regenerate V.I, Ikoyi and Ikeja urban centres and it is an all-inclusive developmental process,” he said.

Also speaking, Secretary to the State Government, Mr Tunji Bello said the paving stone machines and road printers were acquired to basically construct roads that would last longer considering the state of the Lagos environment being waterlogged.

“We carefully thought about it before we even embarked on it. It was planned long time ago for the equipment to be acquired and having been acquired, they will be deployed immediately for road construction.

“One of the problems we have in Lagos is road tarring because the water table in Lagos is very high and it does not allow most of our roads to last and so we needed equipment to make our roads longer and part of it was to acquire the equipment which have just been tested.

“So, now we will be using paving stones mostly and they will last longer particularly in a terrain like Lagos and that is what we have seen today,” Bello said.

While giving practical demonstration of the workings of the equipment, Special Adviser to the Governor on Public Works and Chief Executive Officer, Lagos State Public Works Corporation, Engr Temidayo Erinle said the road printer has the capacity to pave road between six and eight metres faster and reduce man-hours.

While revealing that the State Government was in the process of further procuring interlocking making machines, Erinle urged residents to take proper care of the road just unveiled and desist from indulging in activities that could damage it.

Responding on behalf of the residents of Joseph Hotounu Street, Lekki, Mrs Ronke Giwa thanked the State Government for fixing the road from its dilapidated state, saying the development had removed their decades of sufferings.

“Before the construction of this road, our cars were getting spoilt; we dread the rains and it had been on for decades so I like to thank Governor Ambode and the State Government for giving us this road,” she said. 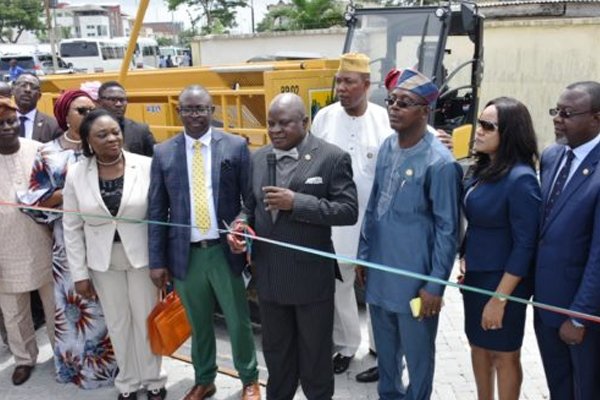 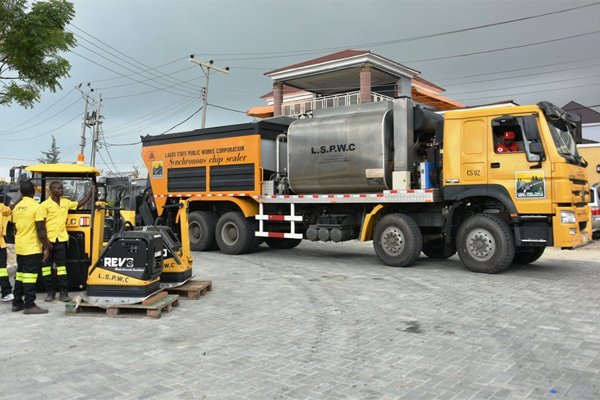 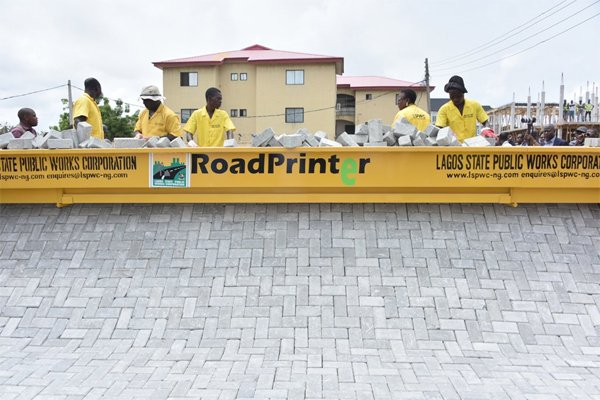 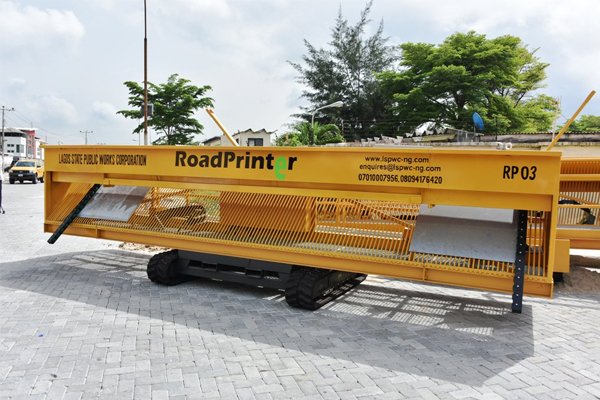 Why Are The Four Other Seaports In Nigeria Abandoned?