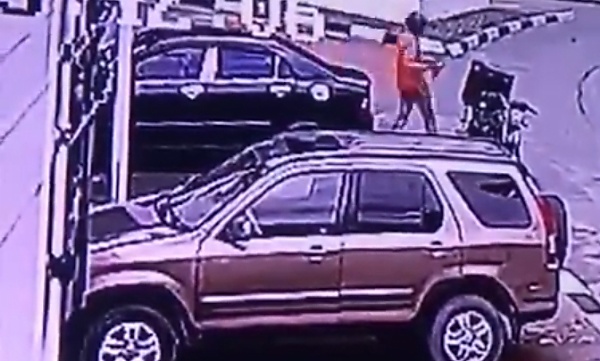 Gone in Seconds : CCTV captures the moment a thief disguised as a ‘dispatch rider’ stole a car brainbox in Ikoyi.

Sharing the video, Police calls for help from Lagosians that could lead to the arrest and conviction of the thief. 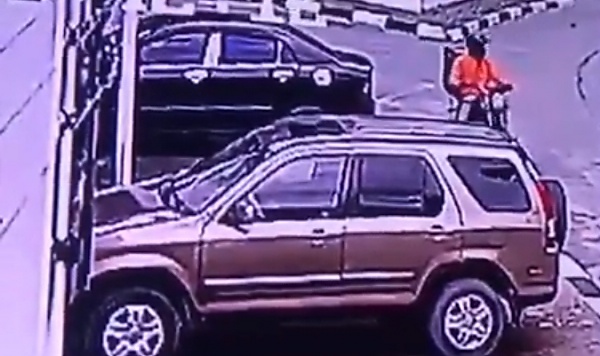 Police in Lagos has called for help that could lead to the arrest and conviction of man disguised as a dispatch rider who was caught stealing a brainbox from a parked car in Ikoyi area of the Lagos State.

A video shared by the spokesperson of the Lagos State police command, SP Benjamin Hundeyin, shows the thief arriving the crime scene on a dispatch ride. 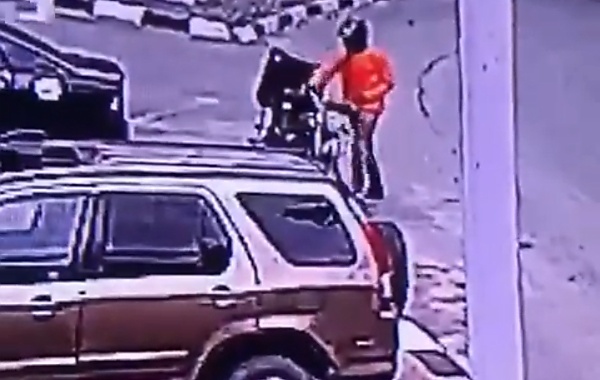 After marking his target, he surveyed the area for few seconds, before braking into the parked car – carting away the brain box in less 10 seconds.

“Any tip leading to his arrest will be appreciated and rewarded. This happened in Ikoyi recently. ECU popularly called brainbox stolen in a jiffy. Extra attention needs to be given to the security of vehicles.” Hundeyin tweeted. 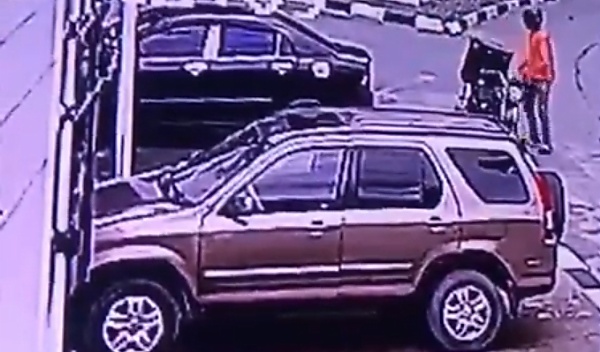 Recall that earlier this week, Police operatives attached to Surulere Division in Lagos arrested four members of a syndicate that specialize in vandalizing and selling vehicle parts.

Police said that the suspects were arrested after receiving a report that three Mercedes-Benz SUVs brought in for repairs at a mechanic workshop were vandalized and their brainboxes and oil pumps stolen.

The suspects – all male and aged between 18 and 21 – are mechanic apprentices in the neighborhood, according to a statement by Lagos State Command, SP Benjamin Hundeyin.