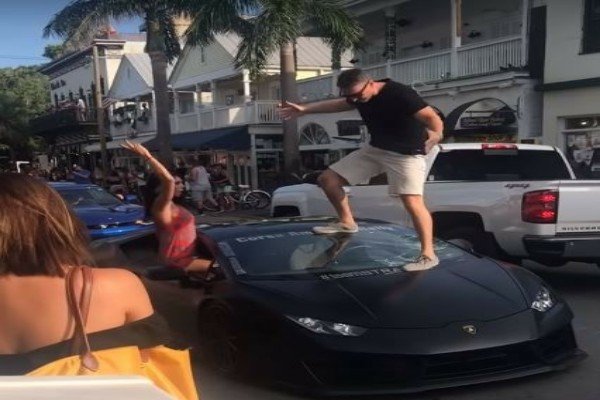 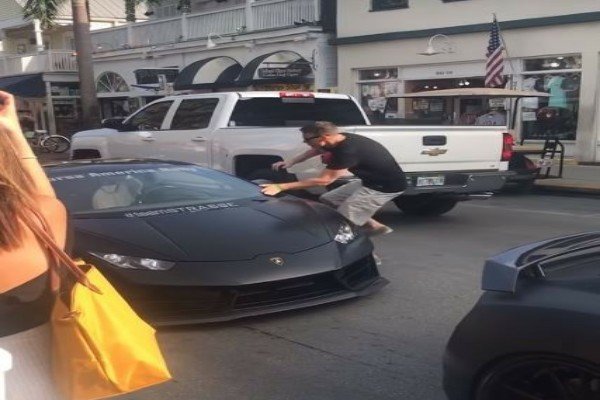 A Lamborghini owner broke the windscreen of his N128m Huracan supercar while showing off at an Autopride event where a number of expensive cars are paraded through the streets.

While some other drivers were busy showing off without going an extra mile ,the Lamborghini owner got out the car, poses for photos, then jumps on top of his black supercar.

The bonnet might have sustained his weight, but the windscreen broke instantly.

After realizing what had happened , his reaction didn’t seem to care that much about the damage caused by his action.

I doubt if he would be worried about the bill that comes with such a repair as a new windscreen could cost him up to N1.2m ($3,300) without labor.

The Lamborghini Huracan (Spanish for hurricane) which replaced the Gallardo, is powered by a 5.2-litre naturally aspirated V10 engine and takes just 3.6 seconds to move from 0 to 62 mph.

Attend The Lagos Motor Fair And Meet Over 200 Car Manufacturers