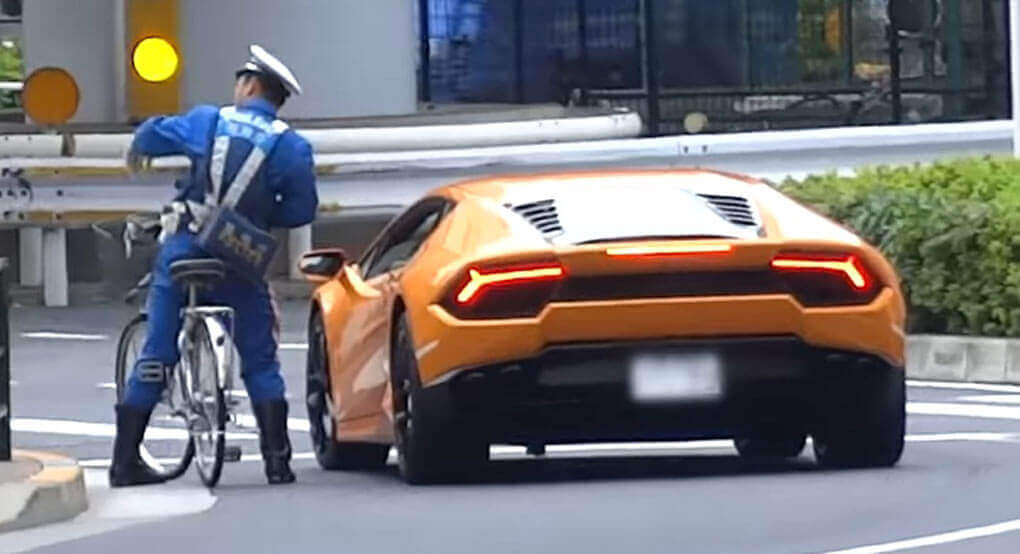 Japan is one of the world’s most civilized societies, a country where no one and nothing is above the law, no exceptions. Even the most minor of driving offenses like the one that got the driver of this orange Lamborghini into trouble aren’t left to slide.

It all started when the driver of an orange Lamborghini Huracan ran a red light and was seen by a patrol Officer , who was patrolling the area on a bicycle.

Without thinking twice, the officer proceeds to chase the traffic code violator, and miraculously catches up with the 610-horsepower supercar shortly after, pulling it over.

The driver submits, and in another unexpected turn of events, the patrol officer kneels down so that he can talk to the driver at eye level. 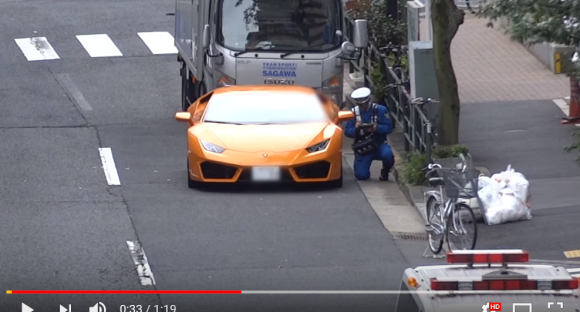 From this position, the patrol cop proceeds to write a ticket, after which the two went their separate ways, and everyone lives happily ever after.

If you thought that it’s strange for the Huracan driver not to resist getting a ticket, don’t forget that politeness is an integral part of Japanese culture, and it’s utmost important to be humble when caught in the wrong.

Do you think the Nigerian police and traffic officers can show these kind of politeness and respect to the citizenry?

Pls let’s know your thoughts in the comment box below