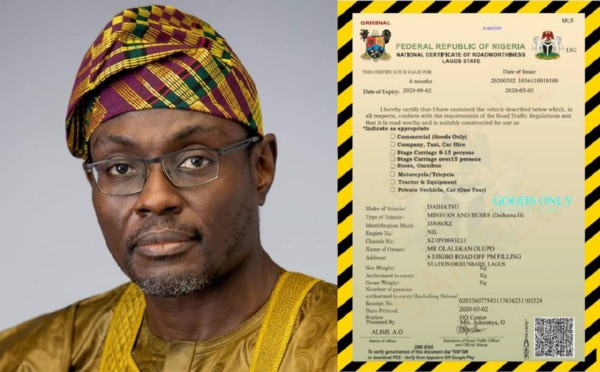 LASG to kick start “No Inspection, No Certificate Of Roadworthiness” policy by January to improve safety on all roads in the State.

The rule was made to curb and reduce to the barest minimum the accident rate which had spiked in recent times.

The new rule will compel owners to take their vehicles to LACVIS centres for inspection on the expiration of particulars.

It is after the inspection at LACVIS centre’s that a Certificate of Roadworthiness is issued. 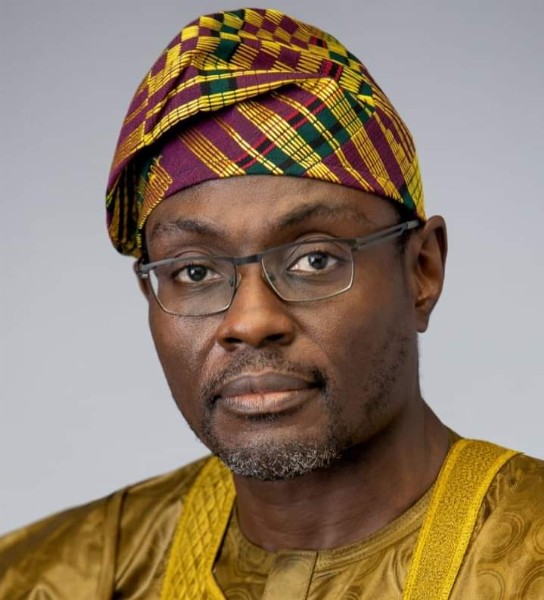 The Lagos State Government is set to commence the ‘No Inspection, No Certificate of Roadworthiness’ rule by January 2022 to improve safety on all roads across the metropolis. The move is part of the States reforms in the transportation system.

The Lagos State Commissioner for Transportation, Dr. Frederic Oladeinde, disclosed this at a meeting held recently at the Vehicle Inspection Service, (VIS) Headquarters, OJODU. He added that the rule was made to curb and reduce to the barest minimum the accident rate which had spiked in recent times.

Oladeinde averred that the forum, which had in attendance transport unions and other stakeholders in the transport industry, was convened to collate and incorporate suggestions on the new policy before its commencement.

He explained that the State Government is desirous of ensuring that only roadworthy vehicles ply the network of roads in Lagos to reduce gridlocks often caused by broken down vehicles, thereby improving the safety of lives and property.

Highlighting the features of the new policy, the Director, Vehicle Inspection Service (VIS), Engr. Akin-George Fashola explained that the earlier arrangement whereby Certificate of Roadworthiness is issued along with a Referral Note directing vehicle owners to visit the Lagos Computerised Vehicle Inspection Centre (LACVIS) for inspection will no longer hold.

He stated that it was discovered that vehicle owners do not take their cars for inspection within the stipulated period of 30days after receiving the Certificate of Roadworthiness, pointing out that such acts put the State in a precarious situation in terms of unforeseen eventualities. 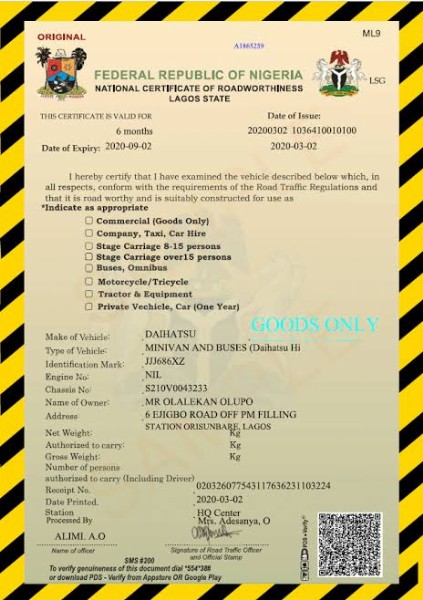 According to Fashola, the new rule now will compel vehicle owners to go through inspection at any of the LACVIS centres on the expiration of vehicles particulars before a Certificate of Roadworthiness is issued.

“In the event that the vehicle did not pass the Minimum Safety Standard Text (MSST), a period of 30 days will be given for the vehicle to be fixed and thereafter return for a repetition of the MSST at no additional cost before the Certificate of Road Roadworthiness is issued”, he explained.

The Director further stated that the LACVIS test has been categorised into both Public and Private, assuring that the 30 LACVIS centres located across the State are functional for all categories of vehicles and also have the capacity to accommodate the new policy, just as standard requirements will not be compromised.

While noting that mobile services are available for large fleet vehicle owners, Fashola reiterated that no vehicle will be certified roadworthy if the owners fail to present their vehicles for inspection to identify any faults for corrective measures. He said that VIS personnel will be deployed garages to help create awareness before the new policy kicks off.

The Lagos State Sector Commander of the Federal Road Safety Corps, Mr. Olusegun Ogungbemide, urged transport workers and stakeholders to comply with the new directive, stressing that the measures are solely for the safety and protection of lives and that strict adherence will be beneficial to all and sundry.

He assured that the Union will play its part in correcting deviant behaviour sometimes exhibited by recalcitrant members.

The meeting also afforded the gathering an opportunity to discuss safety strategies aimed at reducing fatalities during the yuletide period and beyond.

Rivian R1S and R1T Customers Gets Delivery Windows, To Starts As Early As March 2022