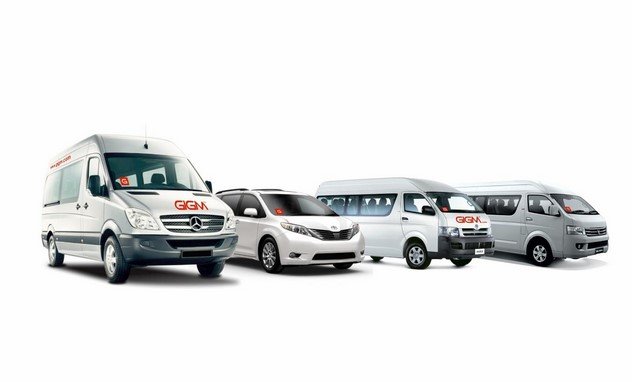 Haven said that, using commercial vehicles is also less stressful when compared to one driving himself over a very long journey.
We’ve made a compilation of the leading transport companies in Enugu, a state in the south-eastern part of Nigeria; it’s not just Lagos this time around.

Below are the leading road transport companies in Enugu:

This is likely the most popular bus service provider in Enugu. Peace Mass Transit was founded in 1995 and today, it is one of the leading transport companies in Nigeria. They have many terminals in Enugu State, with their head office being at number 6 Okpara Avenue Enugu; around the popular Ogbette Main Market area. They are also located at Liberty Junction, by Ogwuago/ Obinagu Road, Abakpa Nike, Enugu. They have their some other terminals in Nsukka where the owner of the mass transit is from.

It is one of the leading public transport companies in Nigeria as well one of the most technologically advanced motor company in Nigeria. This particular mass transit is known for relaxation and comfort. From their terminal in Enugu, they travel mostly to major cities such as Lagos, Abuja and Portharcourt.
Their Enugu terminal is located at No 7 Market Road, Ogui, Enugu Nigeria.

ABC Transport Plc commenced operation in road passenger transportation on February 13, 1993 as an off-shoot of Rapido Ventures with a view of running a modern road transportation system in Nigeria. From their terminal in Enugu, one can travel to popular locations in Nigeria like Lagos, Abuja and Portharcourt and their working hours is from 6am to 6pm daily.
The ABC Transport terminal is located at 122, Ogui Road, Enugu, Enugu Nigeria.

Young Shall Grow Motors Ltd was founded in 1972 and have since then grown from a small company in eastern Nigeria to a group of flourishing companies. They are among the transport companies that have luxurious buses in their fleet.
Their terminal is at Ogui Roundabout Road, Enugu, Enugu Nigeria. They operate from 6am to 6pm daily.

Chisco Transport Limited is another oldie in Enugu State. It was established in 1981. Their terminal is at no 12 Market Road, opposite Holygost Cathedral Catholic Church, Enugu.

Ifesinachi is yet another oldie in Enugu. Their terminal is at 12, Okpara Avenue, near Ogbete Main Market, Enugu, Enugu State.