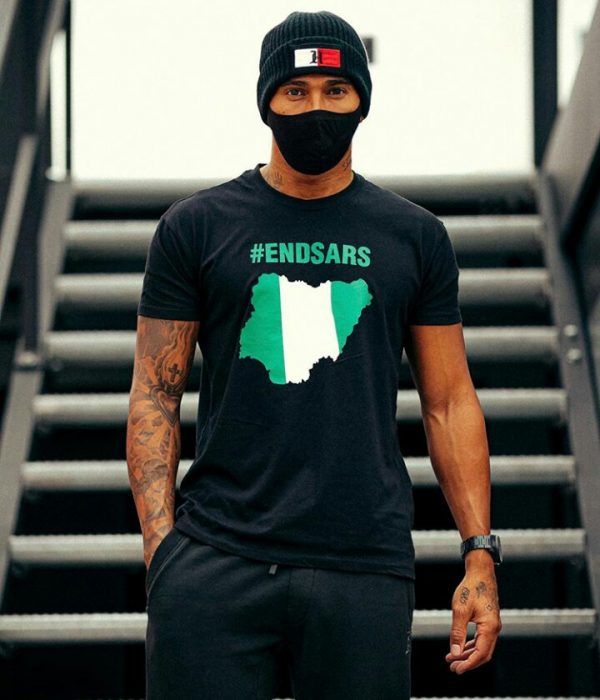 Lewis Hamilton took to his Instagram to upload photos of him putting on a customized EndSARS T-shirt. This is one of his ways of protesting against SARS brutality in Nigeria.

Lewis Hamilton is a British racing driver who races in Formula One for Mercedes-AMG Petronas Motorsport. A six-time Formula One World Champion, he is widely regarded as one of the greatest drivers in the history of the sport and considered by some to be the greatest of all time. He won his first World Drivers’ Championship with McLaren in 2008, before moving to Mercedes in 2013, with whom he has won a further five titles.

We all have a responsibility to educate ourselves and raise awareness of the tragedies happening in the world around us and take action where we can. The recent events in Nigeria are a human rights crisis. Click the link in my bio to find out how you can help. #EndSARS 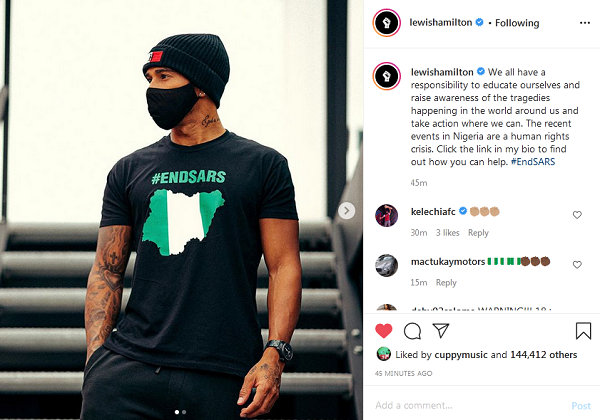 Lewis Hamilton putting on this EndSARS T-shirt is not the first time he’s raising this awareness. Two days ago, the racer made an Instagram post about the EndSARS protest in Nigeria.

The senseless killing in Nigeria has got to stop.
My heart breaks to see innocent lives taken at the hands of police brutality.
I am sending strength and solidarity to all those brave enough to stand up for justice and take to the streets to protest.
Know that you are not fighting alone and that we stand alongside you in this time of tragedy.
The time to #EndSARS is now.
Hit the link in my bio to see how you can help. 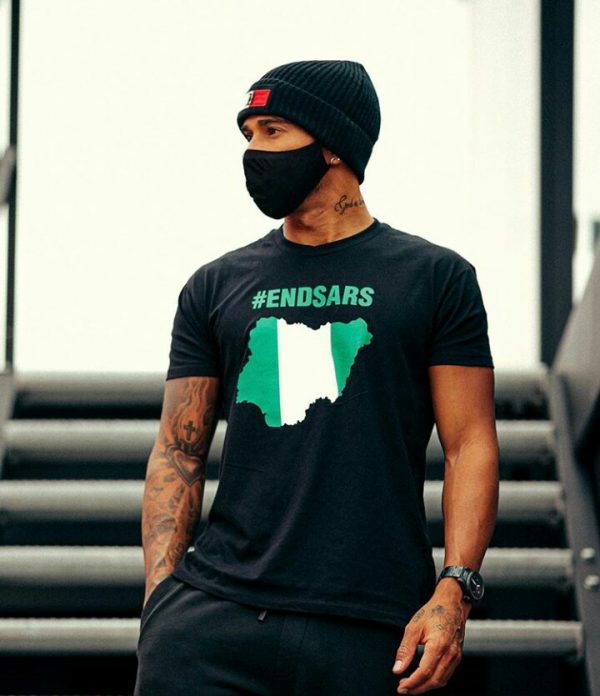