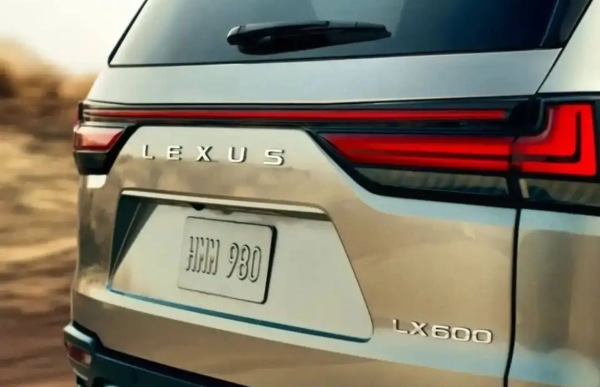 The Lexus LX 600 will be based on the latest Toyota Land Cruiser 300 Series SUV that was revealed few months ago.

LX 600 will replace the current third-generation Lexus LX 570 flagship SUV that was launched back in 2007.

Lexus has confirmed that the next-generation LX 600 will make its world premiere on Wednesday, October 13th at 4:30 PM GMT after dropping the first official teaser of the Toyota Land Cruiser-based flagship SUV.

The first official teaser includes a short video and a picture, showing a few design details of the new LX, including a wide LED light bar and the LX 600 badge, confirming the rumors about the new name.

Earlier reports by Japanese publication, Creative Trend, suggest that Toyota’s luxury division, Lexus, may be forced to shift the debut of the much anticipated flagship SUV to early next year due to the global chip shortage that has affected every car maker on the planet.

Unlike the latest Toyota Land Cruiser Series 300 that is not destined for the US market, its more luxurious brother, the new generation Lexus LX 600, will be sold in America.

Walkaround Of Sold Out $2.1M Hennessey Venom F5, Just 24 Will Be Built

FRSC: ‘Operation Show Your Driver’s Licence’ Is Ongoing In Lagos