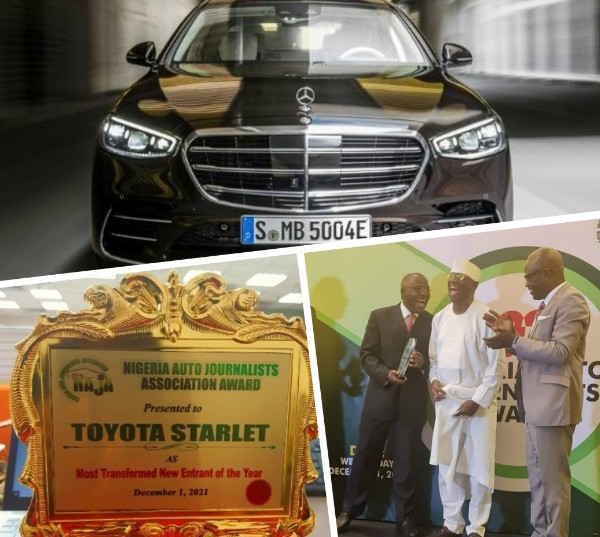 Here is the full lists of vehicles, personalities and companies that picked up prizes at 2021 Nigeria Auto Association (NAJA) Association Awards.

Three Toyota models and two Hyundai vehicles were some of about a dozen vehicles that picked up prizes at this year’s Nigeria Auto Journalists Association Awards held on Wednesday, December 1, 2021.

This year’s awards covered 2020 and 2021, as the event was canceled due to covid-19 restrictions, according to the Chairman of the planning committee of the 2021 NAJA Awards, Theodore Opara.

Below is the full list of vehicles, personalties and companies that picked up prizes at this year’s NAJA event held at the Eko Hotel and Suites on Victoria Island, Lagos. 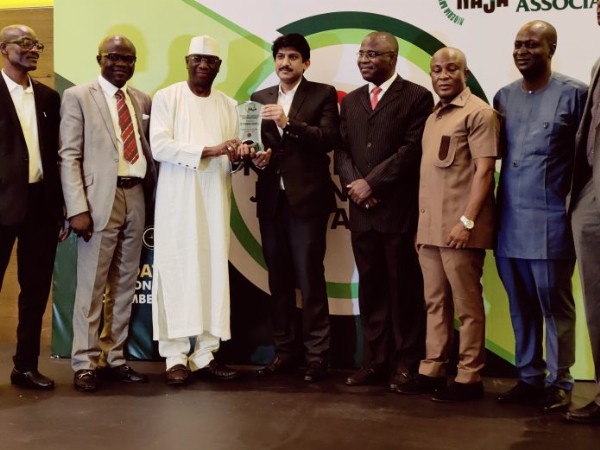 Range Rover Velar was voted Luxury SUV Of The Year

Toyota Hilux was voted Pick Up Of The Year

Toyota Hiace was voted Mini Bus Of The Year

Hyundai Kona won the Electric Vehicle Of The Year 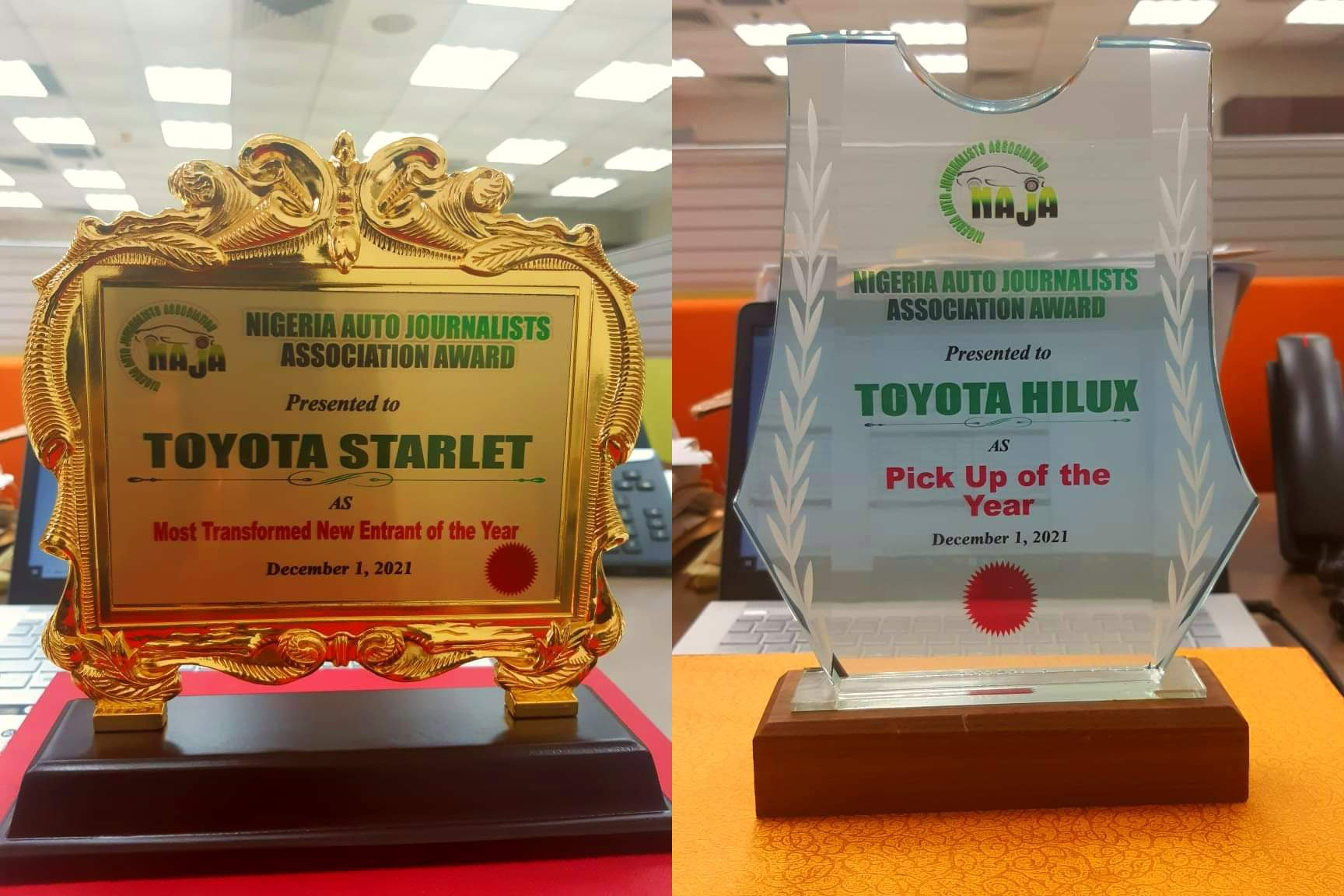 Nord Tank as Outstanding New Pickup Of The Year

Geely Coolray as Compact SUV Of The Year (Outstanding Design/Technology)

GAC GS8 as Most Fascinating SUV Of The Year

Kia K5 (Optima) as Executive Car Of The Year 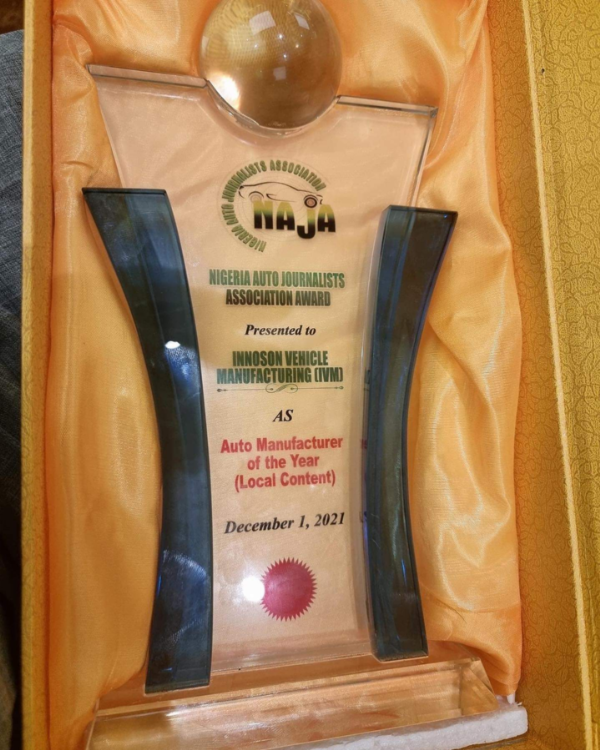 Indigenous companies and auto assemblers include

Lanre Shittu (JAC) as Auto Plant Of The Year (Truck)

Mandilas Motors as Auto Workshop Of The Year

Shacman (TSS) won the Truck Of The Year (Heavy Duty)

Suzuki (CFAO) named the Outstanding Comeback Of The Year

PAN Nigeria Ltd. got the Most Resilient Auto Assembler award

Massilia Motors, the Most Innovative Auto Company of The Year

Jet Systems received the Electric Vehicle Promoter Of The Year

OMAA was voted the Gas Powered Auto Assembler Of The Year

Work & Play as Motor Rally Promoter Of The Year

Autochek named the Online Auto Company of the year 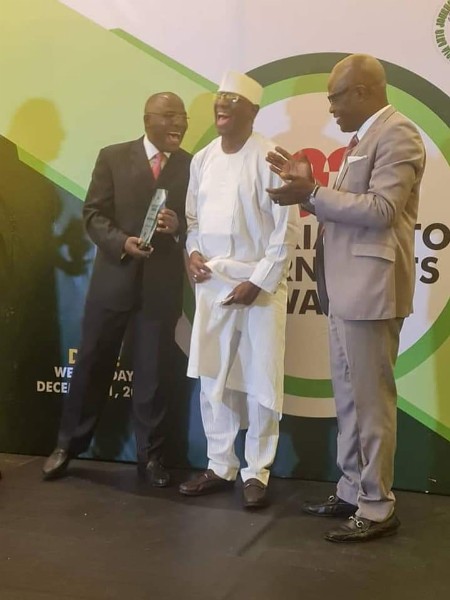 Personalities honoured at the event included

Corps Marshal, Dr Boboye Oyeyemi, as the Road Safety Personality Of The Decade

Funmi Abiola, as Communication/Marketing Manager Of The Year

The highest product award was handed over to Stallion Motors team, led by Mr. Gaurav Vashisht