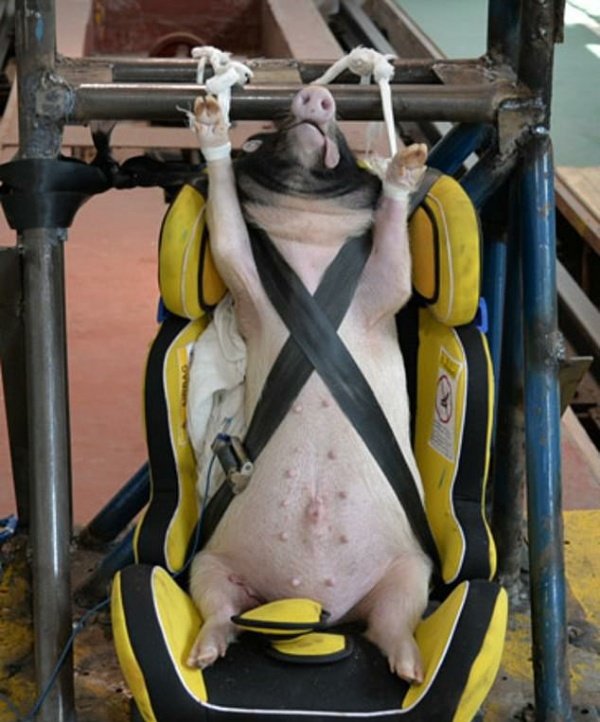 Animal rights group, PETA, has condemned Chinese researchers after it emerged they have been using live pigs as crash test dummies.

The young pigs were starved for 24 hours and denied water for six hours before the experiment. They were only given an anaesthetic to reduce excitement and stress. 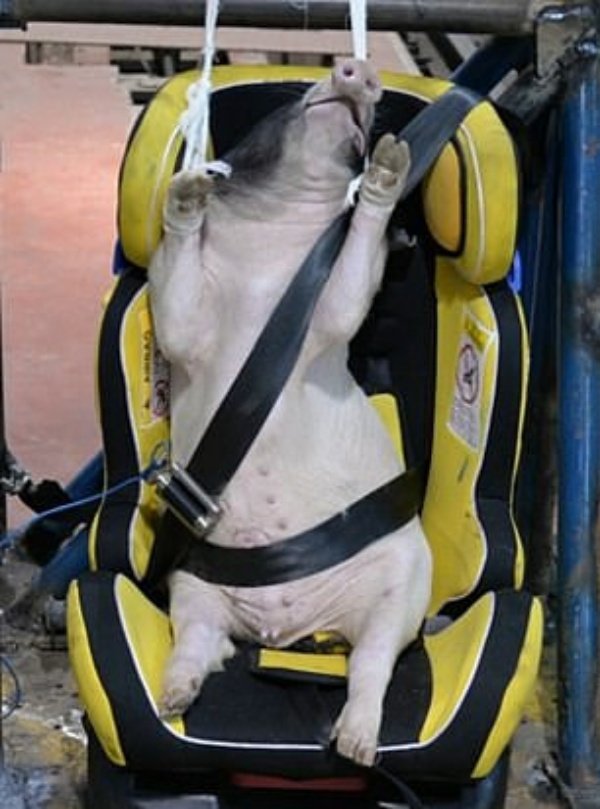 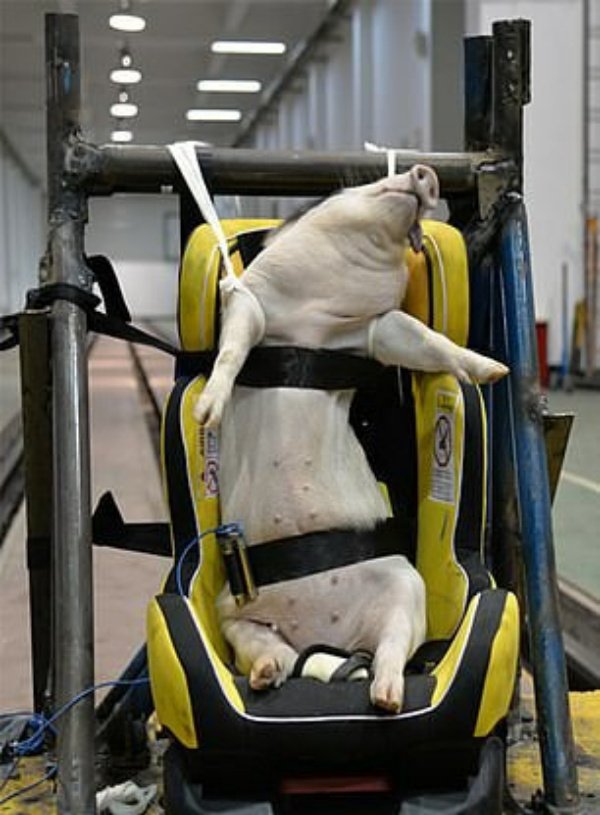 The tested pigs were strapped into various kinds of seatbelts before being slammed into a wall at 30mph.

Seven of them died immediately after the impact, while the rest survived six hours after the test. The eight that survived suffered broken bones and internal bruising.

The researchers found from the experiments that lungs were injured most frequently, followed by spleens, and livers.

In the 1990s, Dogs, Pigs and other animals were previously used as crash tests dummies in the United States. PETA staged protests in America forced General Motors to abort the practice in 1993. 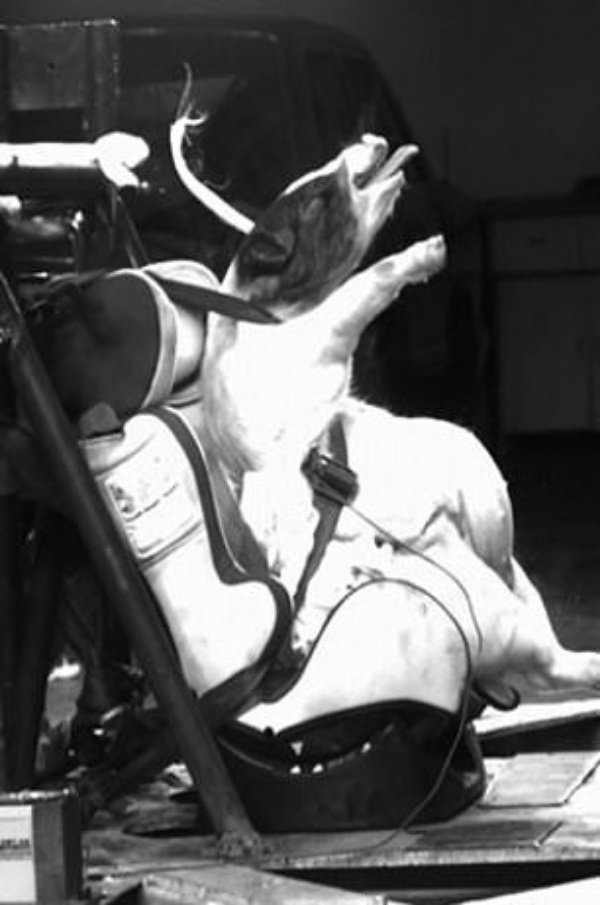 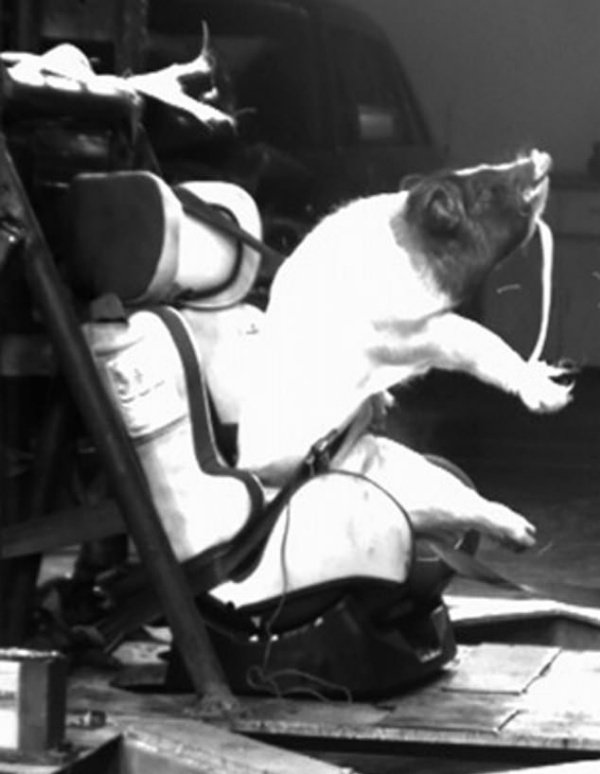 PETA has written to the Institute for Traffic Medicine in China to urge them to stop using live animals.

“Despite the existence of sophisticated animal-free models, experimenters continue to fasten abused, frightened animals into car seats and crash them into walls until their bodies are bloody, bruised, and mangled.

“Live pigs are pulverised in these tests, leaving them with broken bones and severe internal injuries before they’re killed and dissected.

“Pigs don’t naturally sit up in car seats. Their anatomy is also very different from that of humans, so the data obtained from these horrific animal experiments aren’t applicable to human car-crash victims.

“Car companies figured out years ago that these kind of experiments are worthless and tell us nothing about a human experience in a car crash.

According to Chinese researchers, they explained in their paper that the young pigs were intended to ‘mimic children of six years old. They also revealed that their research will help develop seatbelts for children.

The researchers insisted they had followed U.S. guidelines for the use of laboratory animals. They also said their study was approved by an ethics committee. 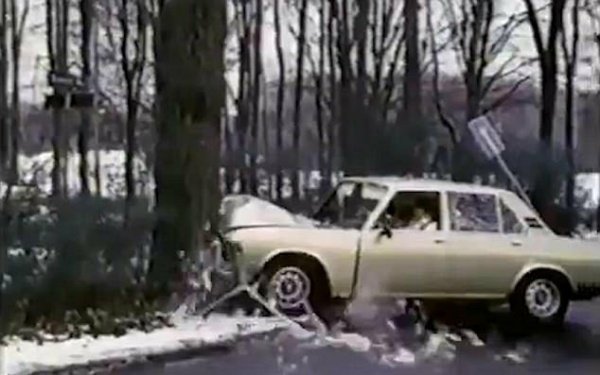 A disturbing video of how real people were used as crash test dummies in the 1970s re-emerged last year.

The first part of the clip shows footage of crash test dummies from American car crash tests done in the late 1970’s and early 1980’s.

The other part of the clip shows where German crash tests used live human volunteers.

This is not the only case. In 2013, cash-strapped Spanish researchers admitted using corpses as crash test dummies. According to the scientists, they’re cheaper, compared to £120,000 crash test dummy, and provides better results.

The amazing clip was all about automobile safety and the importance of wearing your seat belt.

BMW Trolls Mercedes On Halloween, Dresses AMG E53 Up To Look Like Its Secret Superhero – The BMW M5