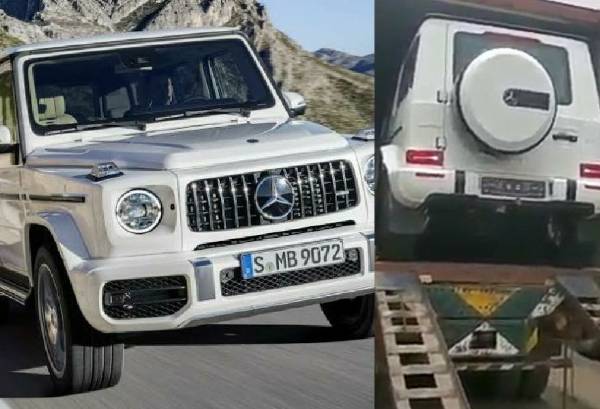 Man seen ‘begging’ the people offloading of a Mercedes-Benz G-Wagon SUV from a car carrier truck to be careful.

But we can’t really blame the man cos several vehicles have been wreaked while being offloaded from car-carriers.

These damages, mostly cosmetics — body damages — may end up causing a lot to fix. 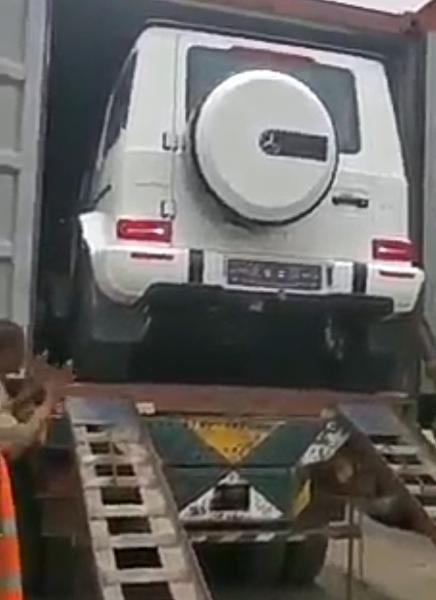 Buying a new car whether brand new or used one is one of the most exciting feelings one can ever have and having it delivered to you by a truck can even make the feeling more exciting.

But having a vehicle delivered through a truck can be tricky at times, expecially when the car-carrier doesn’t have the correct rails that will make the loading and unloading job easy.

A perfect case is a trending video which shows a scary unloading of a Mercedes G-63 popularly known as G-wagon. In the video, a man can be seen shouting and begging those in charge of the job to be careful with the white ‘2021’ Mercedes-Benz G-Wagon. 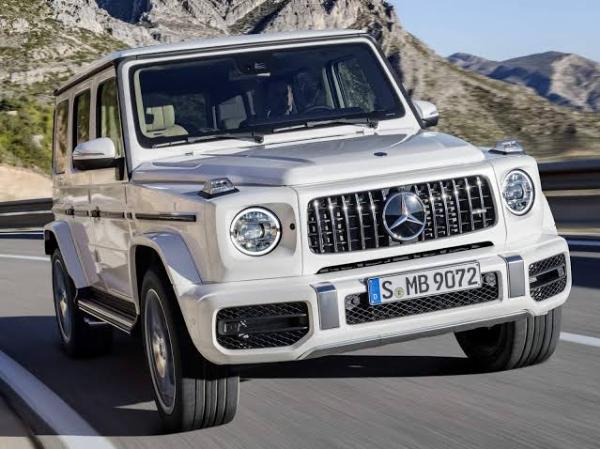 The video didn’t state whether the man owns the SUV, but some opined that he may likely be the owner of the Mercedes-Benz G-Class while others said maybe he was charged with the car delivery job.

But we can’t really blame the man because several vehicles have been wreaked while being offloaded from the car-carrier. These damages, which are mostly cosmetics — body damages — may end up causing thousands of naira to fix or even millions for rare and expensive cars.

Whether for off-roading fun or for a business trip, the Mercedes-Benz G-Class is of few rides that does the job perfect. That’s why a boxy, luxury SUV is a favorite amongst celebrities around the world.