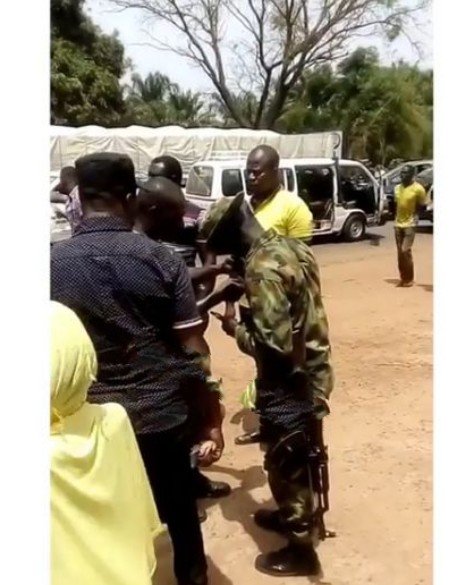 This drama took place on Thursday at the border town between Benue and Nsukka, Enugu.

A driver fought tooth and nail for his right and was finally rewarded for his bravery even after facing all sorts of intimidation by the police and some military men.

A soldier had shot the tyre of a petrol tanker because the driver wouldn’t give him bribe. However, the driver angrily steered his tanker across the road and blocked other road users.

You may also like: 5 Signs That Indicates You Need Your Tyre Replaced

Some other petrol tanker drivers helped in blocking the road with their tanker making the matter to become more serious. The entire road was blocked and there were literally no movement in and out of the coal city state.

The driver whose tyre was shot demanded for N120k to buy another tyre. Even though some police men came and casted their intimidation but the man wasn’t jittered; he stood his ground.

Eventually, the driver reduced his demand to N100k after so much pleading and the soldier made a bank transfer to him.

You may also like: Expert Advise On What To Do To Properly Handle A Tyre Blowout 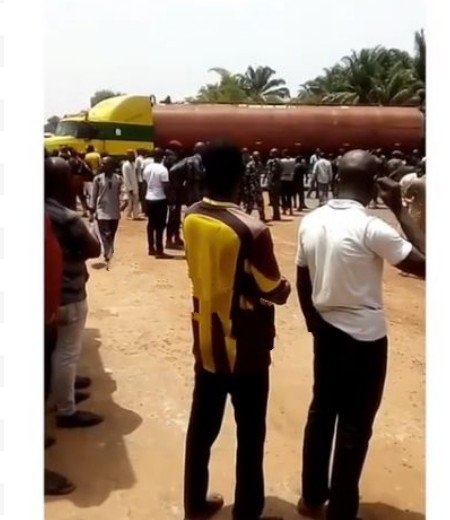