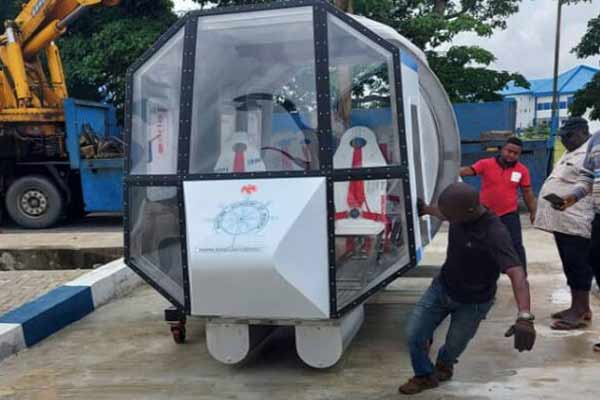 The simulator has the capacity to carry up to six students, two seated in the front cockpit and up to four in the rear cabin. 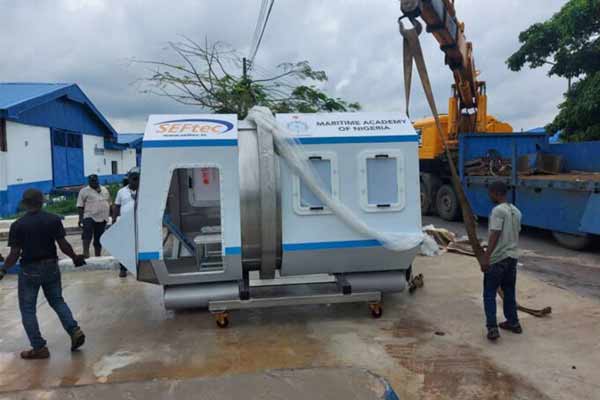 In its drive for quality practical oriented maritime training, the Maritime Academy of Nigeria (MAN) has received a Helicopter Under Escape Training Equipment (HUETE) from Scotland.

The underwater escape training simulators have been specifically designed and certified for instructing how to escape from a submerged aircraft.

The simulator has the capacity to carry up to six students, two seated in the front cockpit and up to four in the rear cabin. The front doors are hinged with jettison facility, while the rear doors are sliding. Multiple exit points are provided including push out windows on several simulators to give relevant practice in a range of exit situations. 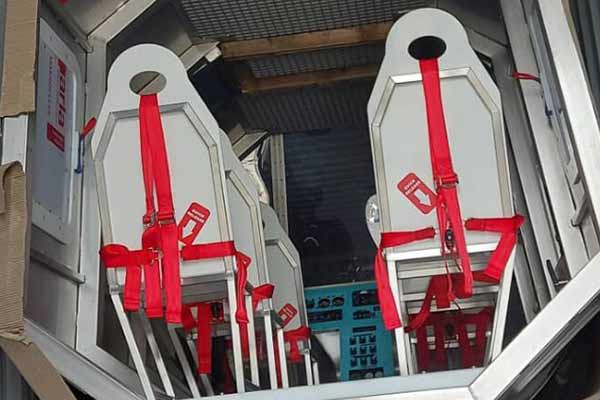 The simulator has the capacity to carry up to six students, two seated in the front cockpit and up to four in the rear cabin.

“This is the 5th set of Simulators to arrive the Academy in the last six months. It is unfortunate that some so called journalists will not report this kind of development. They go about looking for negative stories to report and celebrate, casting the Academy in bad light”, he said

According to Effedua “We have the The multifunctional, Full Bridge and Engine Room Simulators. The Multi-Functional Classroom Simulator is a combination of eight additional Simulators which have their softwares installed for specific purposes”.

The Rector added that with the resumption of courts in the country following the recently called off strike of Judicial Staff Union of Nigeria (JUSUN), persons allegedly involved in promoting falsehood against his person and the academy would be made to face the law.

LAGFERRY To Transport Eagles To Cameroon For 2021 AFCON For Free