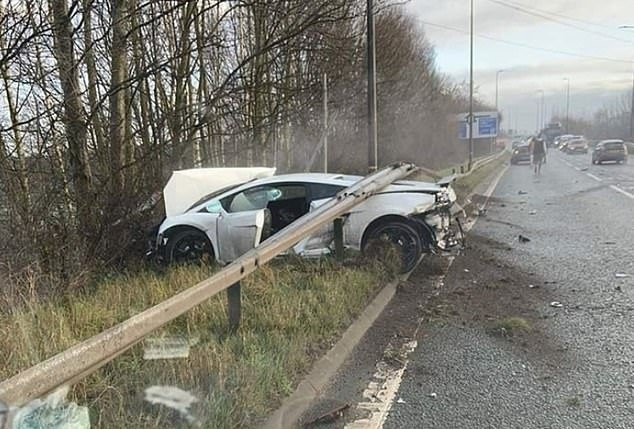 On Monday, Manchester United goalkeeper, Sergio Romero was involved in a ghastly accident near the club’s training ground.

Romer crashed his Lamborghini, worth £170,000 on a roadside barrier, close to the club’s Carrington training base in Manchester.

The 32-year-old who also doubles as Argentina’s goalkeeper, appeared unharmed in viral photos that were shared online after the accident.

Romero’s Lamborghini can be seen underneath a demarcated roadside, as the goalkeeper stood to look at his wrecked sport car. Romero, was traveling on A6144M when the accident took place on the popular road. 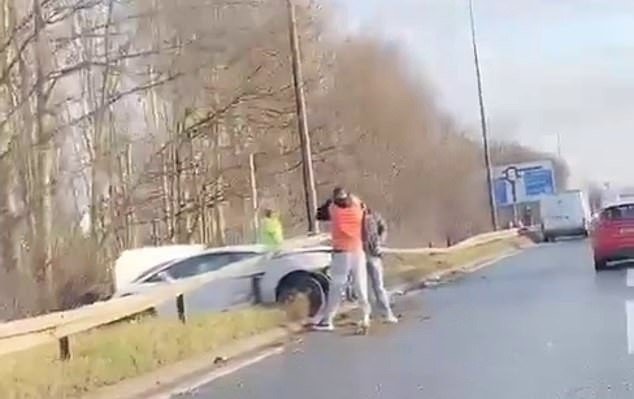 This accident occurred bearly 24 hrs after Manchester United were beaten at Anfield by Liverpool on Sunday by the League Champions, Liverpool.

Police officers were later spotted at the scene of the accident as the wreckage was cleared from the road.

Romero has made 23 appearances for his club, Manchester United, since he joined the Red Devils from Sampdoria in 2015.

He hopes to feature for Man. United when they take on Burnley on Wednesday in the Premier League match.

Japan Has The World’s Most Powerful Passport, Seychelles Has Africa’s Strongest, See Where Nigeria Is