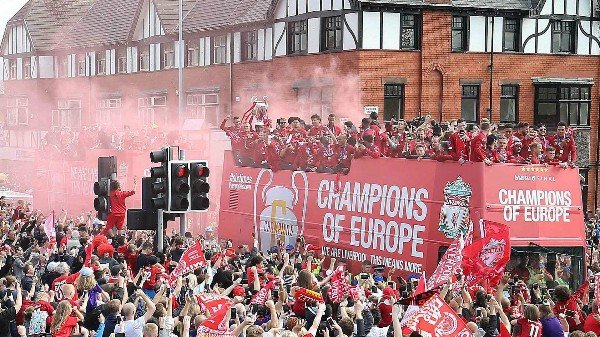 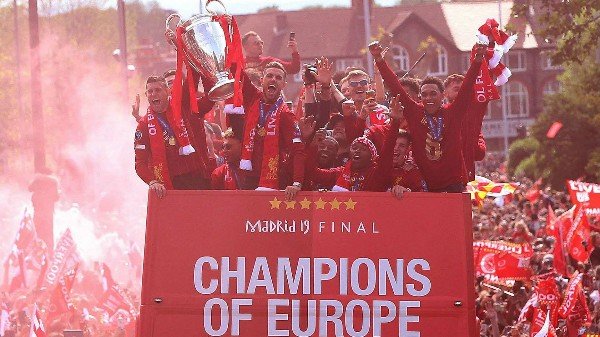 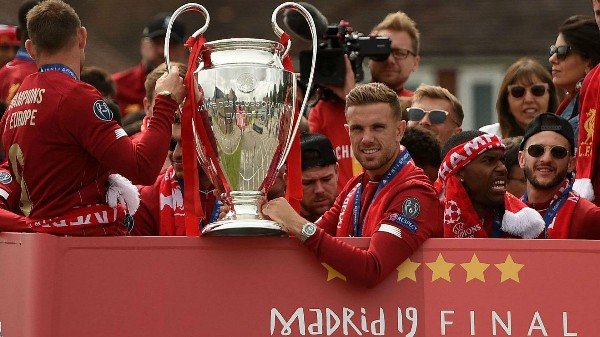 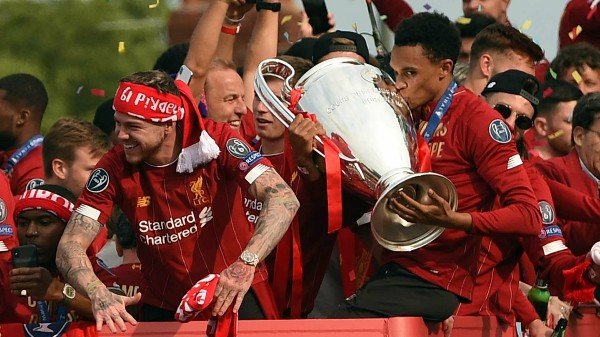 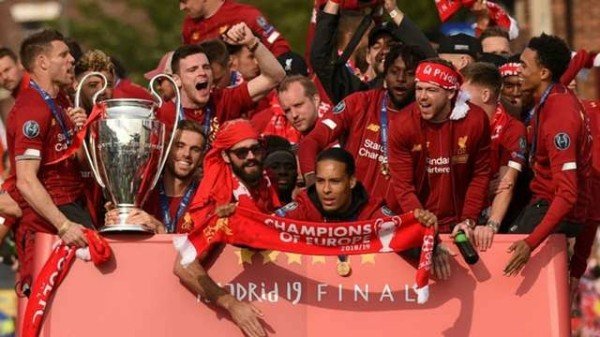 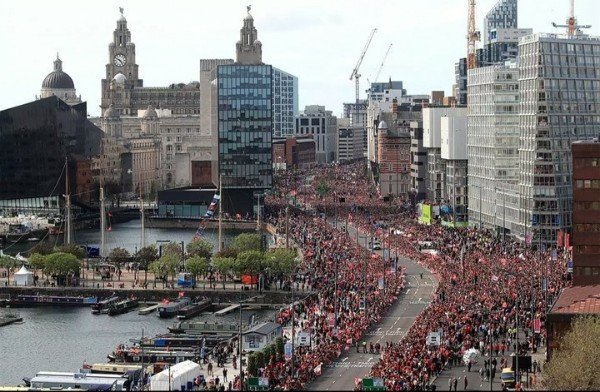 Liverpool celebrated their Champions League success with over 750,000 fans on Sunday as they embarked on a open-top bus parade through the streets of Liverpool .

The visibly happy players were seen waving the Champions League trophy from the top of the bus while coach Jurgen Klopp sat on the corner of the bus with a beer between his legs counting Liverpool’s six European titles in his hands with a smile. 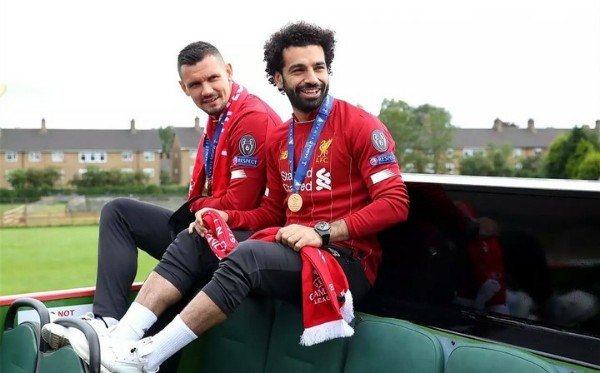 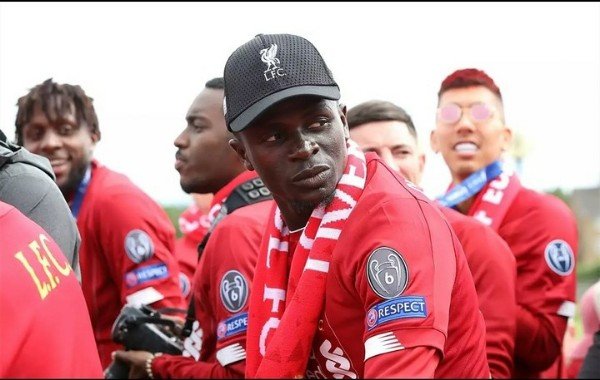 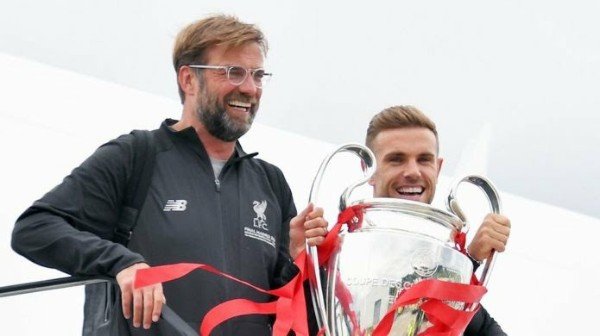 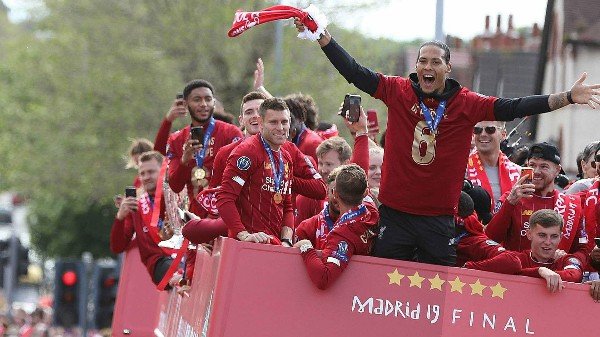 Jurgen Klopps’s men claimed the Champions League title , Liverpool’s sixth and the first in 14 years, after goals from Mohamed Salah and Divock Origi secured a 2-0 win over their Premier league rival Tottenham in the final in Madrid.

The new champions of Europe looked set to crash out after suffering a 3-0 hammering away to Barcelona in the semi-final first leg, but they recovered in incredible fashion by scoring four at Anfield the following week.

Liverpool completed the success just a year after last reaching the final, when they lost 3-1 to Real Madrid. 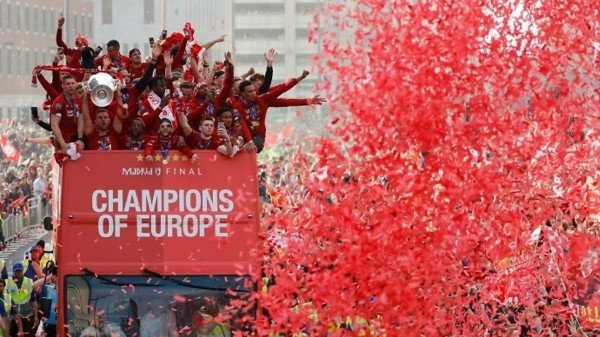 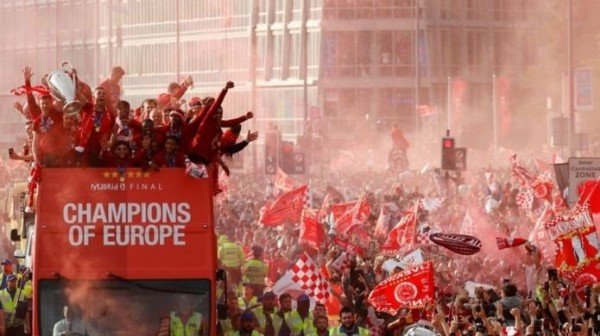 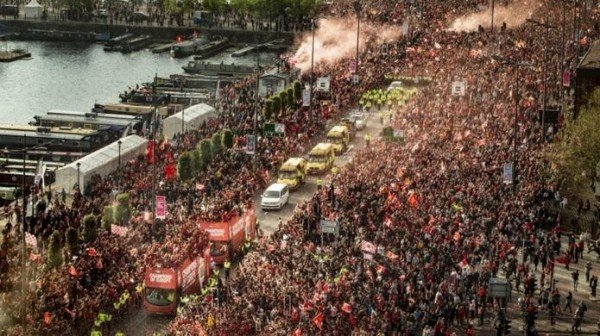 Lady Learning How To Drive Abandons Her Car, Flees After Killing Someone (Photos)