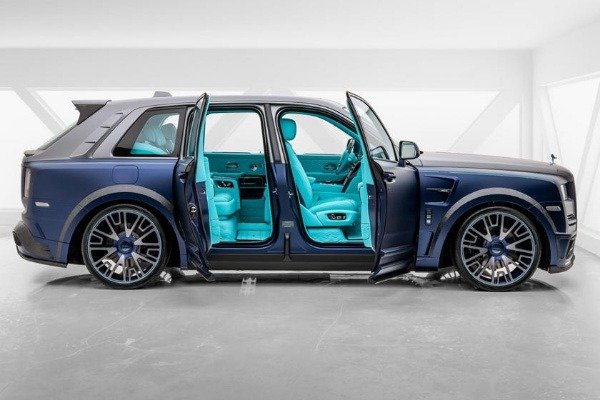 Mansory Coastline is German tuner’s latest creation, and it is based on the Rolls-Royce Cullinan SUV. Mansory plans to make just 8 copies of the heavily customized SUV. 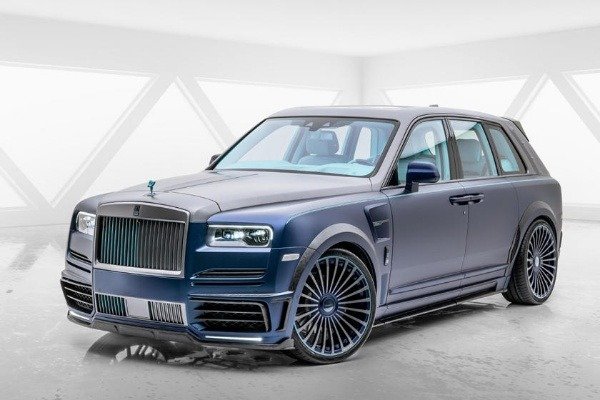 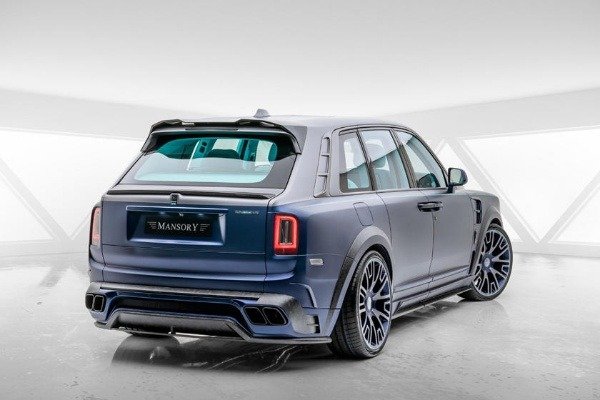 One of the wildest creations that German tuner Mansory planned to show off at the 2020 Geneva Motor show is this Rolls-Royce Cullinan-based SUV dubbed the Mansory Coastline.

The Mansory Coastline, the tuner’s take on the Cullinan, features one of the craziest interiors you will ever see on a SUV. 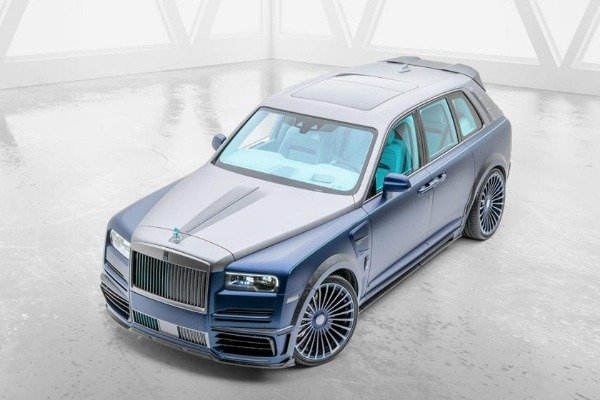 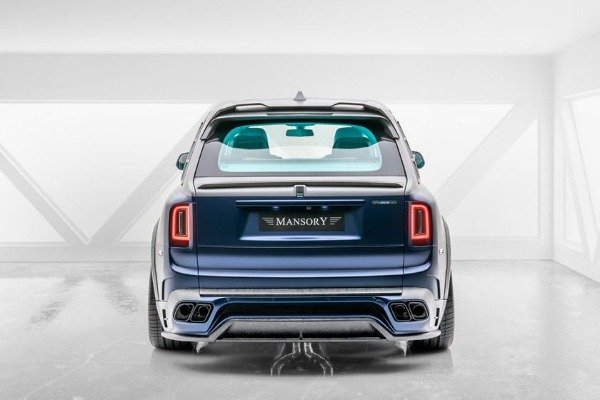 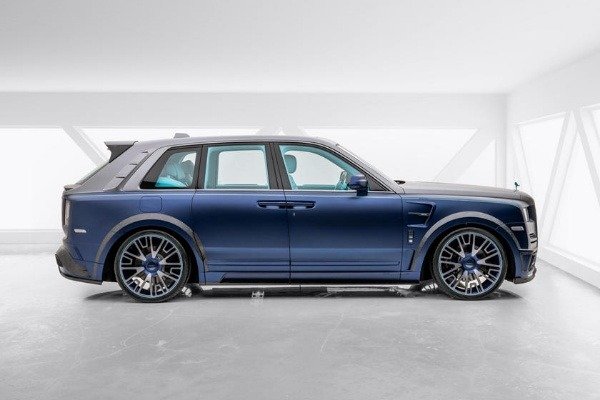 The customizations can be felt on both the interior and exterior of the high-riding SUV.

On the outside, the carbon fiber lightweight hood, quad exhausts, multiple spoilers, and a flashy set of wheels, are telltale signs this isn’t a standard Cullinan. 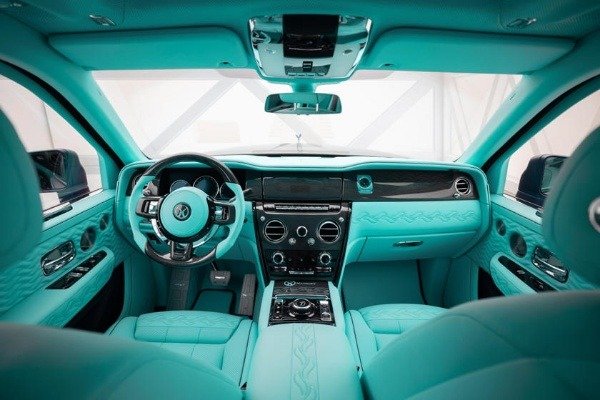 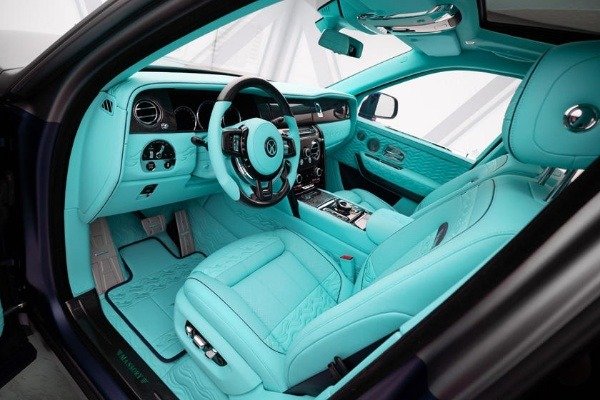 Even the iconic Spirit of Ecstasy hood ornament on the Mansory Coastline also gets a turquoise upgrade.

Finishing off the styling is a two-tone paintwork in matte “Oceanblue” and a contrasting “Secret Silver” finish. 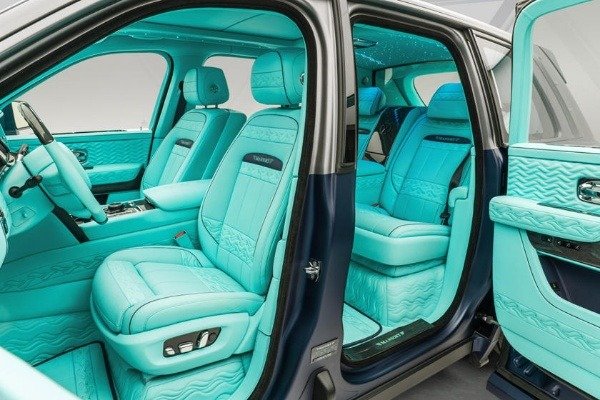 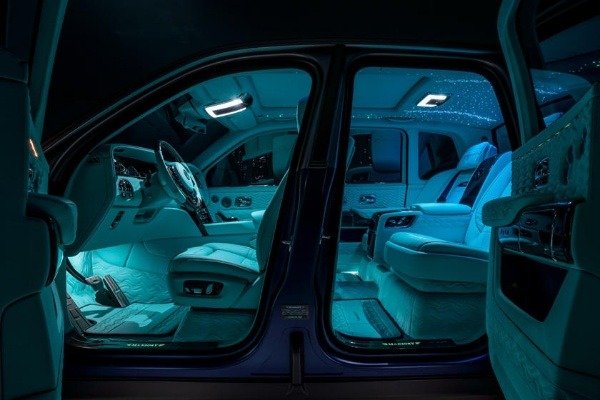 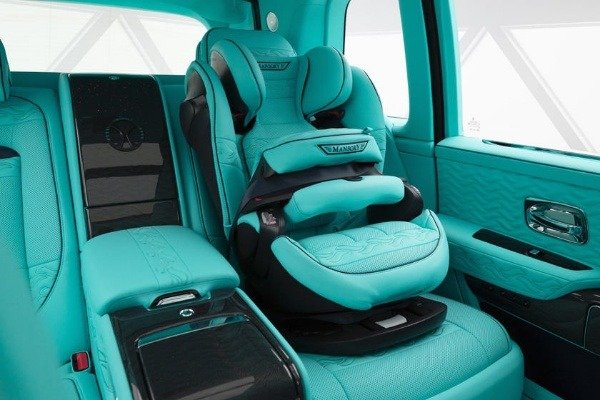 Inside, the SUV is finished in Mansory-branded designs. These includes the seats, which gets a turquoise leather.

Powering the Mansory Coastline is an uprated Cullinan’s 6.75-liter twin-turbo V12 engine. This engine boost the power from 563 hp to 601 hp, making the Coastline more potent than a Cullinan Black Badge. 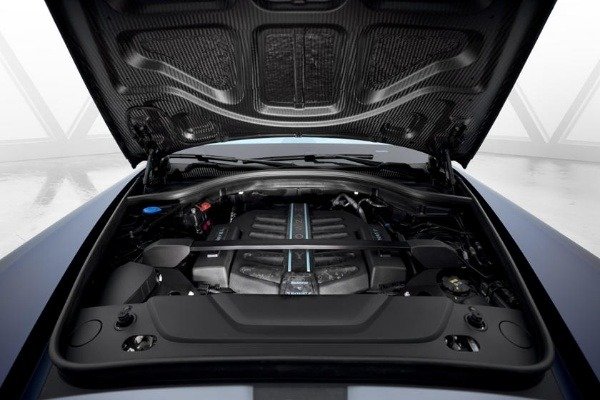 These upgrades allows the Mansory Coastline to do a 0-62mph in five seconds and a top-speed of 174 mph.

Mansory plans to build just 8 copies of the SUV. But the German tuner, known for creating opulent and expensive cars, didn’t reveal the cost of Coastline package.