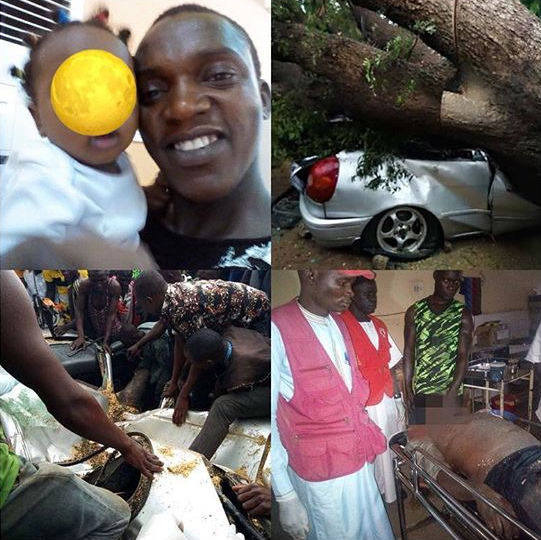 A mechanic by the name Emeka Nonso lost his life after raining into a car for shelter during a heavy downpour in Tappare, Adamawa state.

It was gathered that the mechanic ran inside the parked car when it started raining to avoid being beaten by rain. When he got inside waiting on the rain to stop, a gigantic tree beside the parked car was pulled down by strong wind and it fell on the car.

He was trapped inside the car after the tree fell on it. He struggled to make it out but he didn’t succeed.

Later on, his colleagues rescued him and w=rushed him to the Ganye General hospital but he didn’t make it. He kicked the bucket.

He’s a father of one.

Perfectly Timed Photos Of A Container Fall In Apapa Lagos

The Popular 5-Junction In Benin-City: See How It Looks When It Rains (PHOTOS)