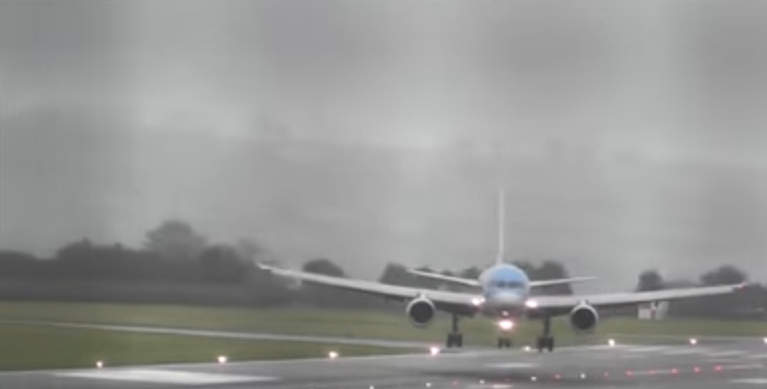 During Storm Callum, a brave pilot executed a sideways landing at Bristol Airport in UK.

The brave pilot succeeded in landing the aircraft sideways safely amidst powerful wind blowing directly across the runway.

The video of the plane landing has since gone viral . 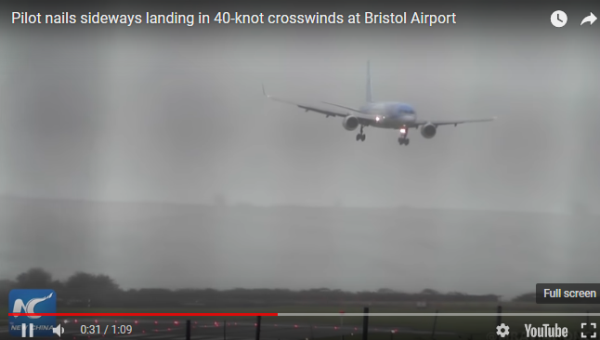 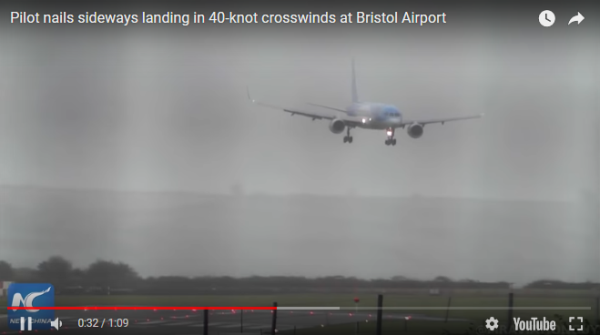 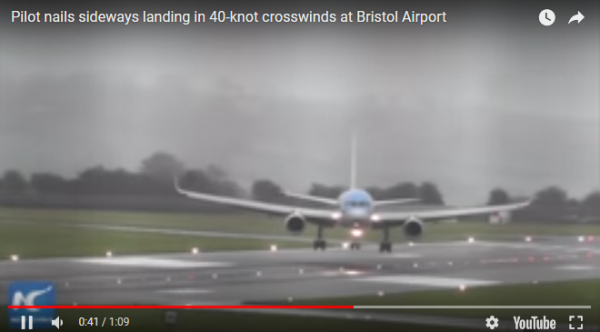 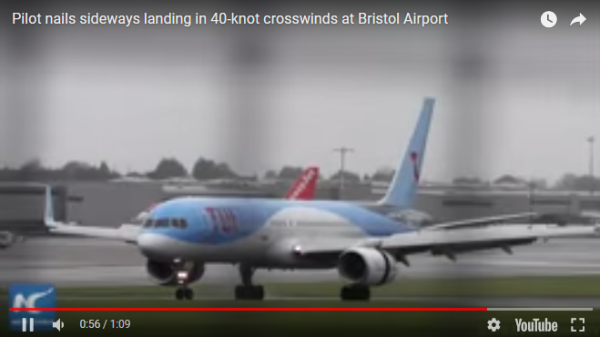 On various social media platforms,  praises were showered on the experienced pilot of the aircraft.

Storm Callum has disrupted flights in parts of the UK, bringing strong winds and heavy rain to the country.

The Popular 5-Junction In Benin-City: See How It Looks When It Rains (PHOTOS)

Star Rapper, Phyno, Publishes Photo Of Himself On His Rolls-Royce Phantom (PHOTO)