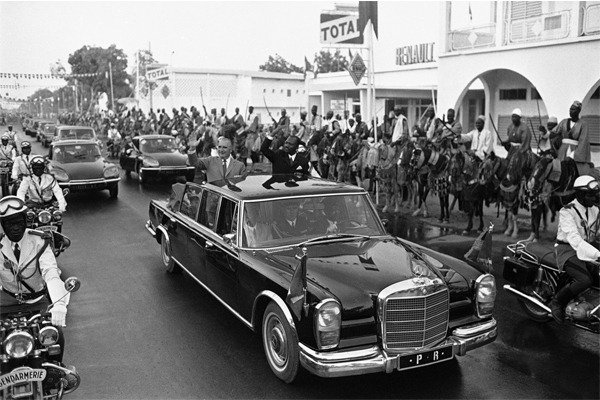 The Mercedes-Benz 600 (W100) is a line of ultra-luxury cars. It was produced by Mercedes-Benz from 1963 to 1981. This luxury car was the forerunner of the modern Maybach marque.

The Benz 600 “Grossier” (Grand) Mercedes definitely lived up to its name. It was the car of choice for affluent celebrities and powerful world leaders.

Below are photos of some cultural and political strongmen who owned a Mercedes Benz 600. 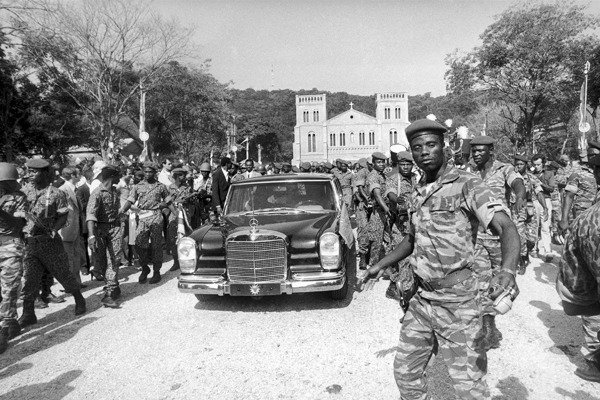 Central African Republic ruler, Emperor Jean-Bedel Bokassa,  being driven in his Mercedes-Benz 600 on Sunday, December 4, 1977. Bokassa caused global outrage for imprisoning and murdering a group of children who threw rocks at his car in 1979.

President Richard Nixon of The United State cruises in a six-door “landaulet” (convertible) in 1970.

Leaders of the Khmer Rouge in Phnom Penh, including Pol Pot, Nuon Chea, Ieng Sary, and Son Sen, with a four-door Mercedes-Benz 600 in Phnom Penh between 1975 and 1979.

King Hussein of Jordan in a customized six-door Pullman.

Libyan ruler Muammar Gaddafi is greeted by Hosni Mubarak as he steps out of his Grossier limo in 1989.

Queen Elizabeth II in a Mercedes Benz 600 in Abu Dhabi during her tour of the Gulf States, February 1979.

Egyptian President Hosni Mubarak and King Fahd bin Abdulaziz of Saudi Arabia (left) acknowledge greetings from crowds from a Mercedes-Benz 600 “landaulet” (convertible) limousine during a tour of Egypt in 1989. 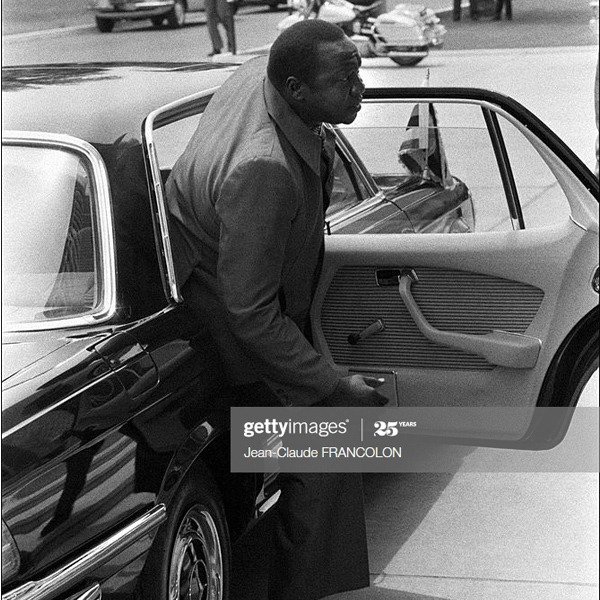 Idi Amin Of Uganda, alighting from his Mercedes-Benz Pullman 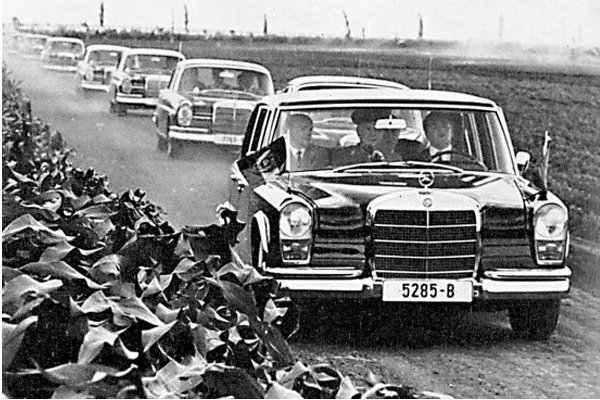 During that era, the Mercedes Benz 600 was also a favourite among affluent celebrities. Below are some celebs that own the behemoth. 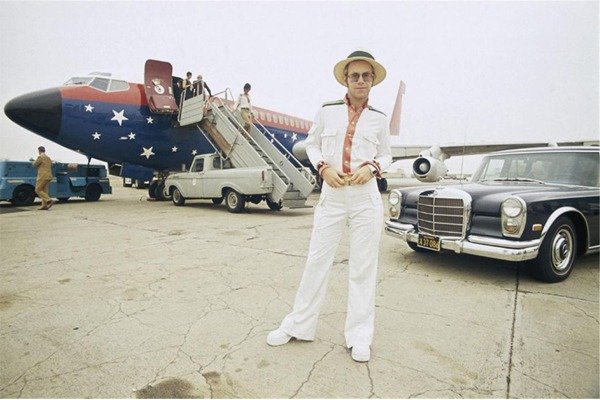 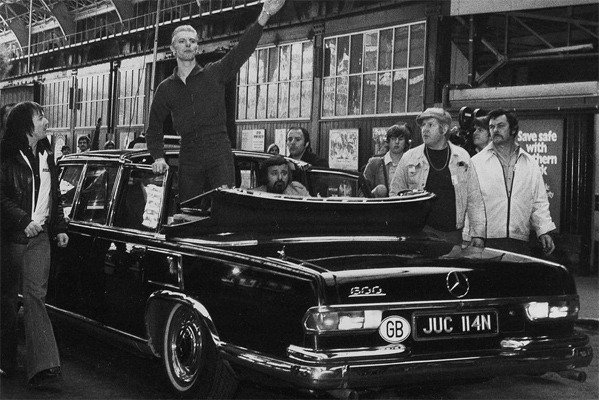 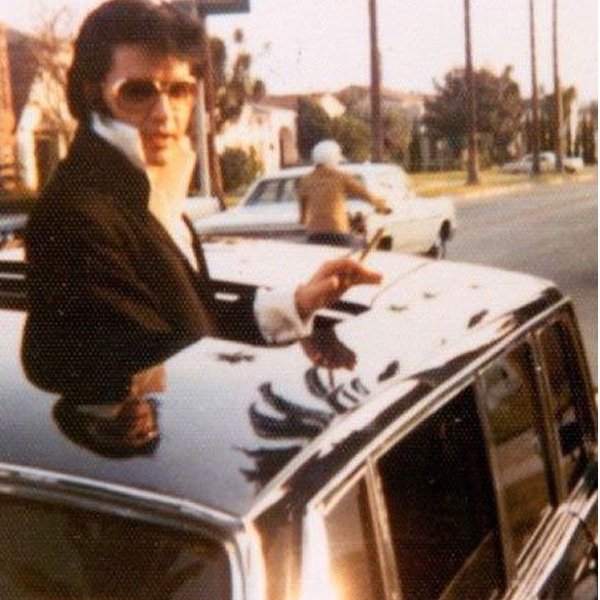 Elvis-Presley-1969-Mercedes-Benz 600 Pullman through the streets of California. 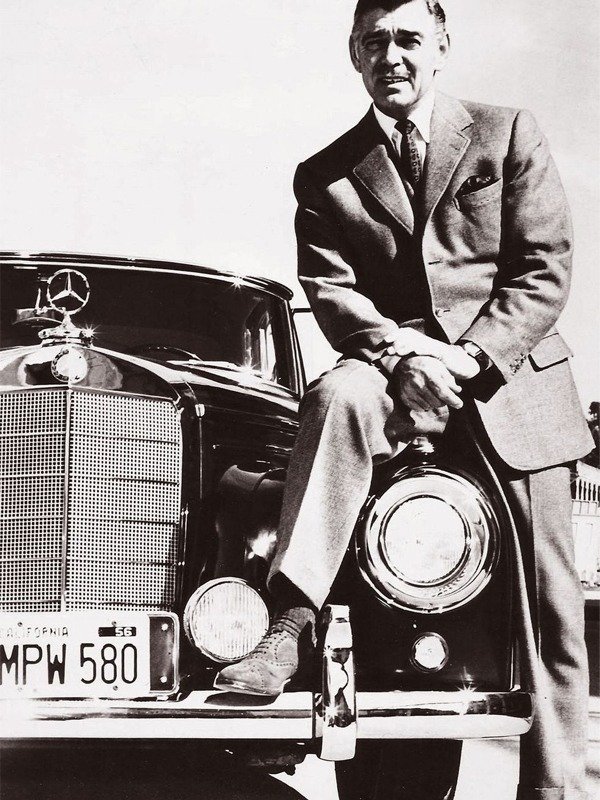 Mary Wilson Mercedes-Benz 600 Pullman Limousine that was custom-made for John Lennon with a black velvet interior.

The luxury ride came in four variations. There was the short-wheelbase (SWB) model. There was also the long-wheelbase (LWB) and limousine (Pullman) models. It also had the “landaulet”, the convertible model.