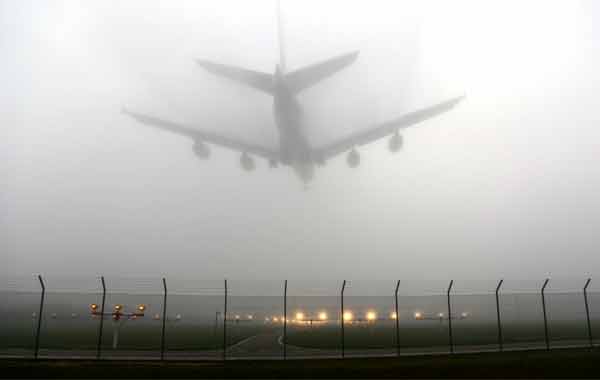 The Nigerian Civil Aviation Authority has cautioned pilots against unfriendly weather, especially during the rainy season.

According to the NCAA, the caution is a follow up to the advisory circular with reference number AC: NCAA-AEROMET-31 addressed to all pilots and airline operators and signed by the Director General, Captain Musa Nuhu.

In a statement issued by the authority on Wednesday, the regulatory body noted that pilots have been cautioned over severe thunderstorms and other hazardous weather which hamper flight operations especially within the rainy season.

It said, “This is coming on the advent of the Seasonal Climate Prediction released by the Nigerian Meteorological Agency for the year 2021.

The statement noted that the weather advisory circular was essential in managing the effects of rainy season on safety and efficiency of flight operations.

According to the statement, air traffic controllers may temporarily close the airspace when the conditions warrants.

It said pilots were to exercise maximum restraint whenever adverse weather was observed or forecast by NIMET.

It said, “The Authority enjoins all passengers to exercise patience and understanding during this period of heavy downpour.”

It added that strict compliance to the warning was expected from all stakeholders as maximum sanction would be imposed for non-compliance.