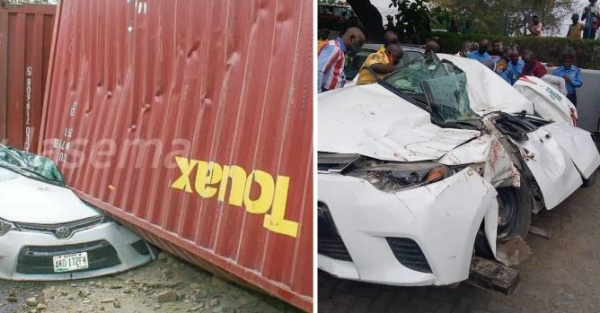 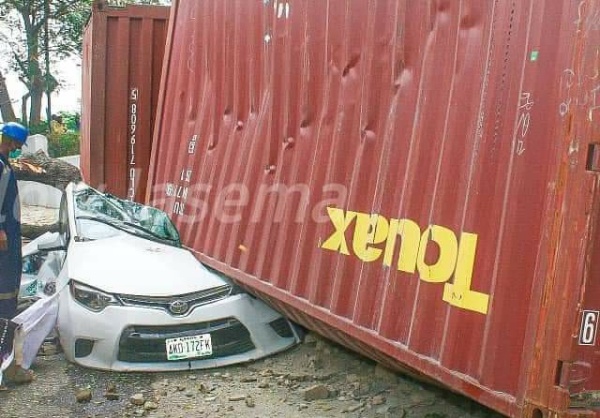 An articulated truck loaded with two 20-feet containers fell to its side at Anthony Village, in Lagos on Wednesday, crushing a Toyota Corolla sedan car parked inside school’s parking space. Fortunately, there were no casualties during the incident.

According to LASEMA, the truck fell to its side while descending the Anthony Oke inward Ikorodu road, spilling the containers into the compound of GreenSprings Schools. 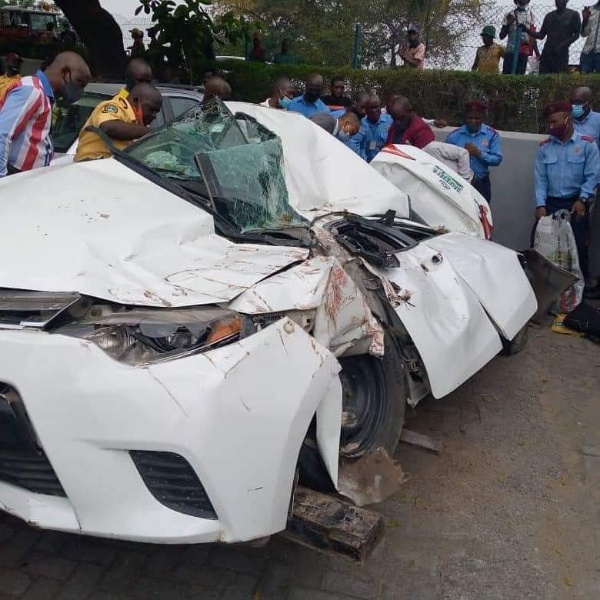 “Consequent upon the arrival of the Team to the scene, it was discovered that an articulated truck with registration number AYE 628 ZQ loaded with double Twenty Feet (20FT) containers while descending the Anthony Oke inward Ikorodu road by GreenSprings School slipped due to reckless driving and fell to its side while its containers fell into the compound of GreenSprings Schools and crushed a Toyota Corolla Saloon Car with registration number AKD 172 FK parked inside the school parking space.” 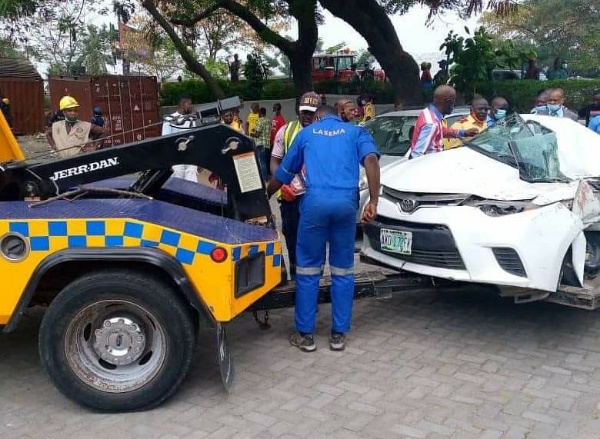 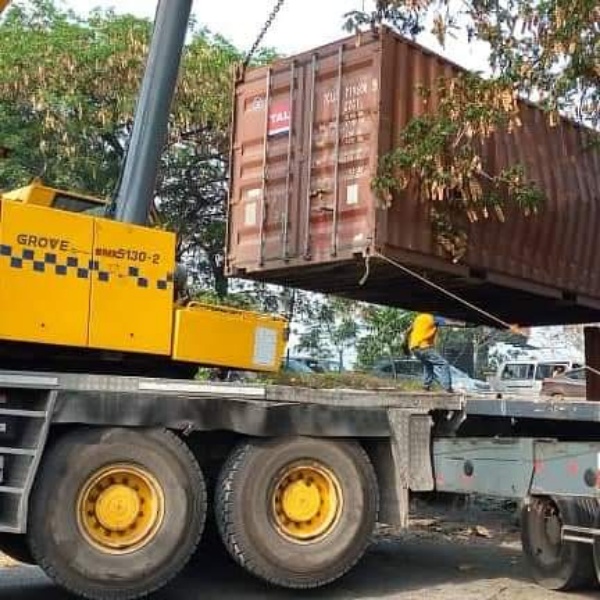 LASEMA’s Heavy-Duty Equipment, Goliath, was deployed to the scene to recover the containers and the crushed car to avoid a secondary incident.

The recovered Toyota Corolla sedan car was later handed over to the DTO Pedro Police Station while the containers were placed back on the truck.