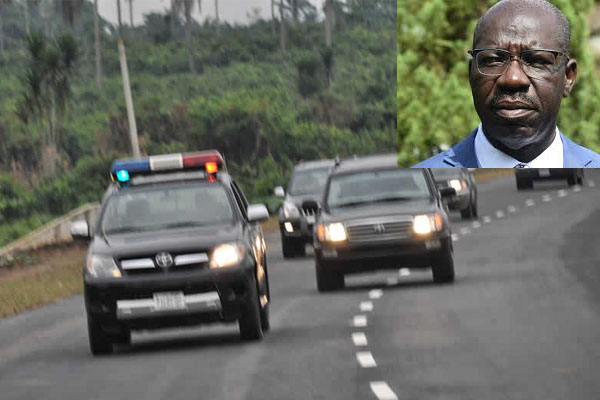 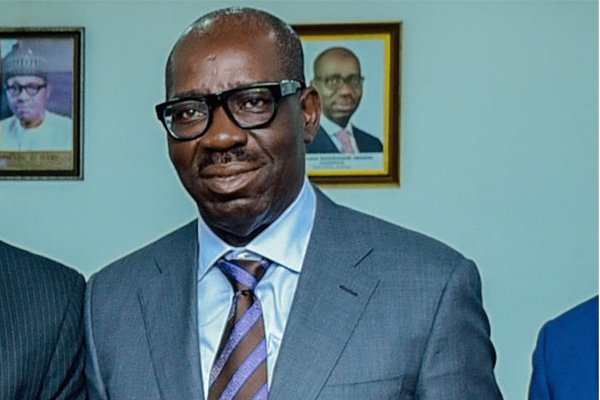 Godwin Obaseki, the Edo State Governor, narrowly escaped a robbery attack in the early hours of Monday. This happened when Obaseki’s convoy was attack by the armed robbers.

The bandits made an attempt to block the governor’s convoy in Uhunmwode Local Government Area of the State.  This brought the convoy to a halt temporarily. The attack was repelled by security operatives.

The incident occurred at Erua Village near the Jehovah’s Witness international headquarters. The place is adjacent Ehor town, headquarters of Uhunmwode local government area of the State.

The Governor’s convoy was said to be moving slowly without blaring a syren, according to a security source attached to the Governor, Candidate of the Peoples Democratic party (PDP) for the September 19, 2020 Governorship election. 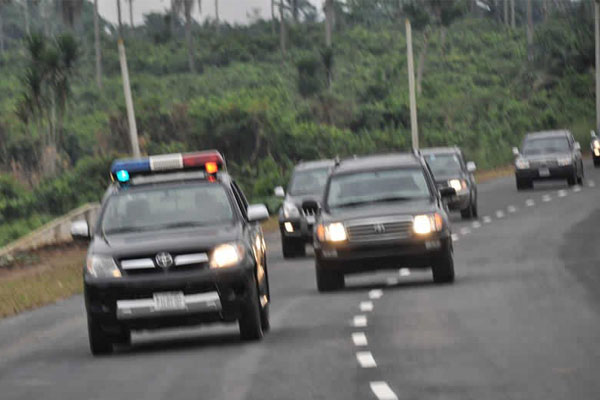 The hoodlums who laid siege few metres away from a police checkpoint, was said to have mistook the convoy for a prominent personality, allegedly fell a tree to block the road apparently to rob motorists and commuters on the road, thereby causing pandemonium.

Upon sighting the Governor’s convoy, the hoodlums fired a gunshot, but the security operatives attached to the Governor and his deputy, Hon. Philip Shaibu, repelled the robbers who fled into nearby bush.

According to the security source who witnessed the incident, but, declined to mention his name, said, “They (the armed robbers) thought it was just a VIP that was coming.

“Governor Obaseki’s  convoy was not blaring siren and was moving slowly when the attempt was made.

“Immediately, the Convoy approached where they laid siege, they fell a tree.

“While we were thinking of what to do, they fired a gunshot. We have to jump out and repelled those miscreants”, he said.