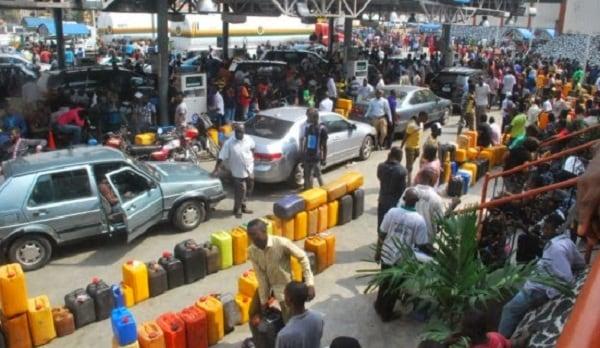 Oil marketers are out for Nigerian government. According to them, the Nigerian government has outstanding subsidy debts to settle. This includes foreign exchange differentials and interest rate component. If the federal government fails to do the needful after seven days, they would force her members to disengage their workers.

Confirming the seven-day ultimatum, Mr Patrick Etim, Legal Adviser to IPPI told the News Agency of Nigeria (NAN) that banks have taken over investments and assets of oil marketers over unpaid debts.

You may also like: Nnamdi Azikiwe And Obafemi Awolowo: Two Iconic Statesmen And Their Cars

According to Mr Patrick, marketers have no choice that to ask their workers to stay at home over unpaid salary arrears due to huge subsidy debts owed by the government.

“The only way to salvage the situation is for government to pay the oil marketers the outstanding debts through cash option instead of promissory note being proposed.

“As I speak, nothing has been done several months after assurances received by government saying it would pay off the outstanding debts.

“The oil marketers have requested that forex differential and interest component of government’s indebtedness to marketers be calculated up to December 2018 and be paid within next seven days from the date of the letter sent to the government,’’ he said.

Etim said that several thousand jobs were on the line in the industry, as oil marketers began cut-down of their workforce due to inability to pay salaries.

We just hope this doesn’t give birth to fuel scarcity.