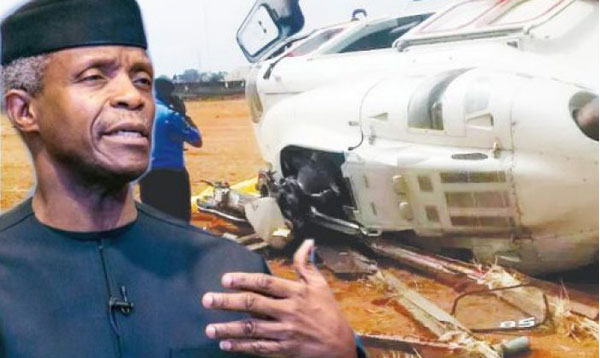 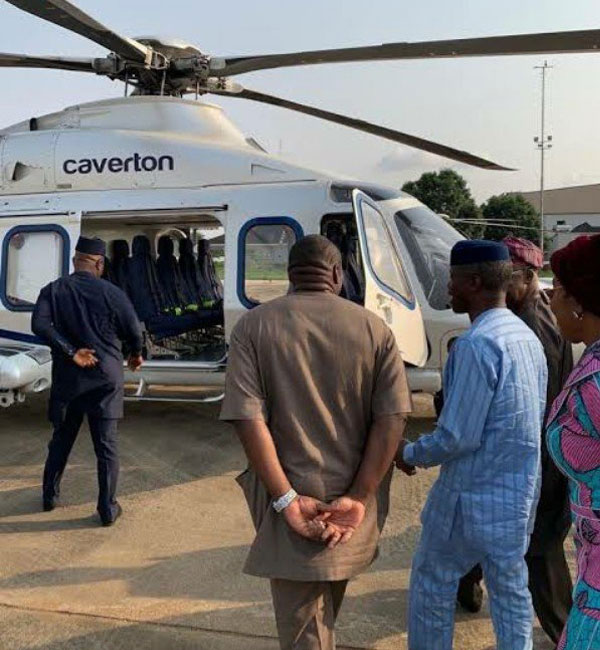 The date was February 2, 2019. It was during the last election campaigns. Osinbajo’s Helicopter

However, the helicopter would later crash. The Agusta Westland 139 chopper with registration number 5N-CML owned and operated by Caverton Helicopters Limited had crash-landed at Kabba Stadium. Osinbajo’s Helicopter

The crash was caused by an inflight visibility restriction, the Accident Investigation Bureau has revealed. 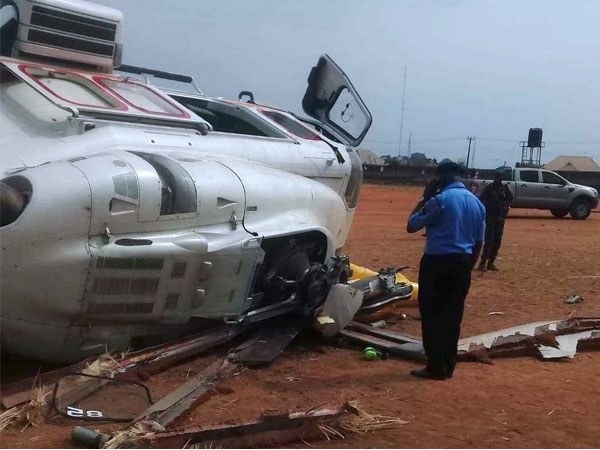 AIB Commissioner, Akin Olateru, said the crew of the flight, which took off from the Nnamdi Azikiwe International Airport for Kogi, sighted the intended landing area – a football field – and “approached with the speed of 20 kt to about a 100 ft, and entered a hover to land”.

Listing the causal factors, Olateru blamed the incident on a misjudgment of distance by the crew members, inappropriate landing techniques and non-adherence to the landing process. 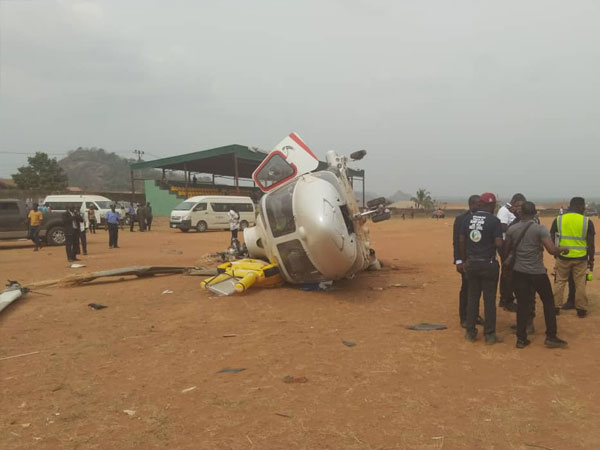 He also said the helicopter operator failed to conduct a risk assessment of the landing preparedness.

He said, “Onboard were 12 persons including the Vice President of the Federal Republic of Nigeria, his entourage, and three crew members (Pilot, Co-pilot, and an Engineer).

“The flight crew stated that they sighted the intended landing area as a result of the cloud of residual dust generated by the downwash of a Police helicopter.

“After sighting the football field, the flight crew approached with the speed of 20 kt to about a 100ft and entered a hover to land.

“At about 50ft above ground level, a brownout set in. The flight crew lost visual contact with the ground and external surroundings.

“The co-pilot began radio altitude callouts “35, 30, 25, 20 and 15”. At about 14:34h, the helicopter experienced a hard landing on the right main landing gear and rolled over onto its right side. All persons on board were evacuated uninjured.