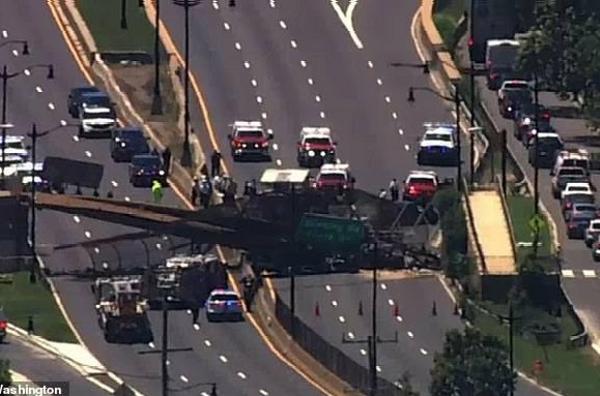 Mangled concrete and metal debris spreads across the six lanes of highway. The pedestrian bridge rests on top of several vehicles. 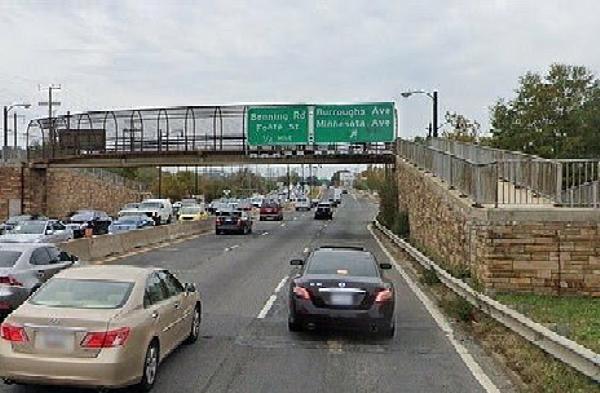 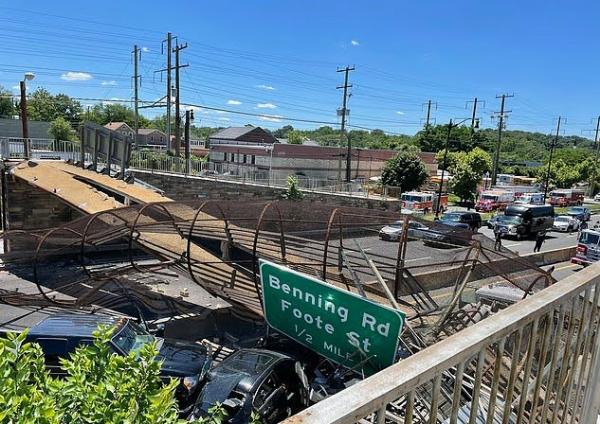 Several people were injured on Wednesday after a pedestrian bridge struck by at least three vehicles collapsed onto Interstate 295 in Washington, DC.

Washington Metropolitan Police Department, who are in the early stages of investigating the collapse, said the bridge began to collapse after an accident that involved three vehicles slamming into the bridge. 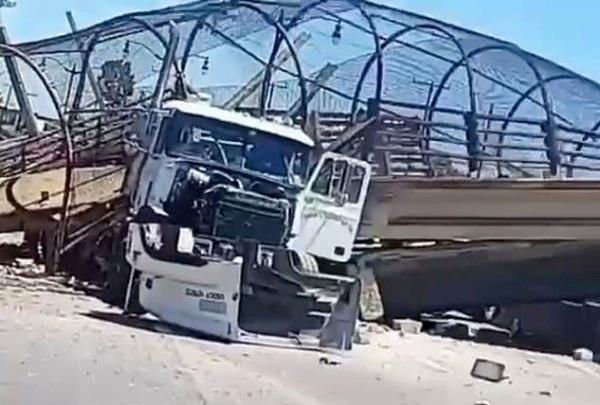 All lanes on I-295 were blocked north of Benning Avenue after the accident, according to a tweet from Metropolitan Area Transportation Operations Coordination (MATOC).

The span collapsed at Kenilworth Avenue before Polk Street NE, DC Fire and EMS said in a tweet. It also revealed that at least one vehicle was struck by debris.

“We don’t have any structural concerns about the bridge. It was last inspected in February,” Mayor Muriel Bowser said. 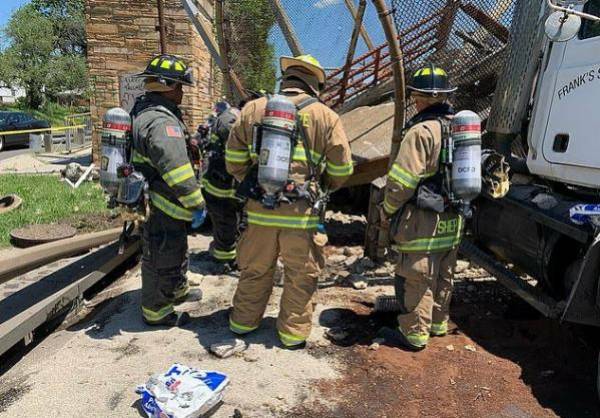 Images posted by DC Fire and EMS and aerial footage show one side of the bridge fell onto I-295 southbound. Other part of the bridge on the northbound side remains mostly attached to an elevated platform.

Mangled concrete and metal debris are also spread across the six lanes of highway and the bridge rests on top of several vehicles.

A hazmat unit was deployed to the scene to mitigate a diesel fuel leak from a truck that is partially beneath the bridge. 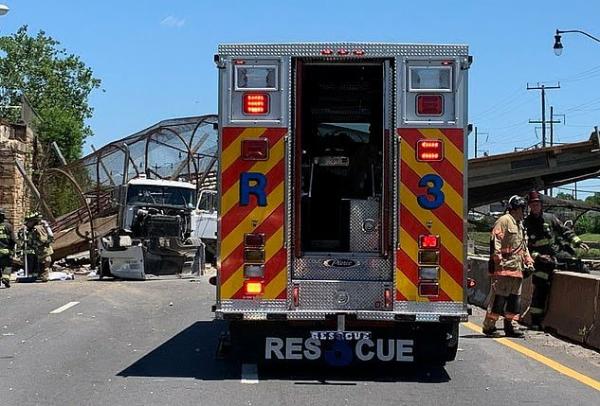 Northbound delays stretched about 3 miles, while southbound lanes had delays of approximately 1.5 miles as of 1 p.m. ET, MATOC said.

According to reports, it could take through Thursday (today) to get the bridge moved off the highway. The bridge will likely be replaced but the city needs to inspect the damage first.