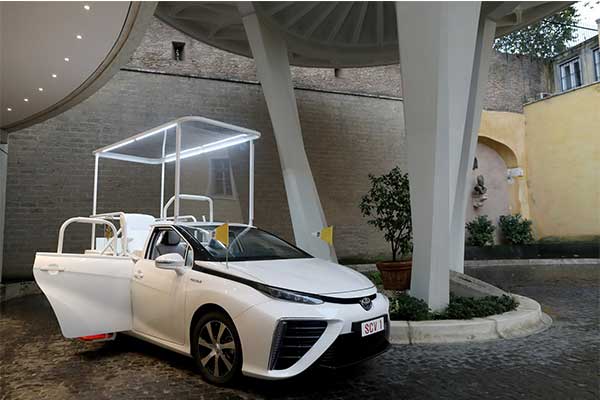 The head of the Catholic Church, Pope Francis has been gifted with a customised Toyota Mirai popemobile. This hydrogen-powered vehicle was presented to him by the Catholic Bishops’ Conference of Japan (CBCJ).  The car is one of the two Toyota Mirai vehicles that were specially made by the Japanese carmaker and donated to the CBCJ for the Pope’s needs during the papal visit to Japan in November last year.

The hydrogen-powered Popemobile measures 5.1 meters long and 2.7 meters high (including the special roof). The special roof allows the Pope to stand and be visible to people. The vehicle delivery ceremony was done at Vatican City. In addition to that, Senior Vice President of Toyota Motor Europe Miguel Fonseca and Toyota Motor Italia CEO Mauro Caruccio were present as they represented the Japanese automaker. Rev. Father Domenico Makoto Wada represented the CBCJ while Seiji Okada, Japan’s Ambassador to the Holy See.

The Toyota Mirai Popemobile is based on the current generation of the Japanese hydrogen fuel-cell vehicle. It offers around 310 miles of range while emitting only water. The Mirai is the latest among a fleet of popemobiles over the years from a Fiat Panda, a G-Wagon some buses (with their roof chopped off). A Dacia Duster was presented to him barely a year ago. 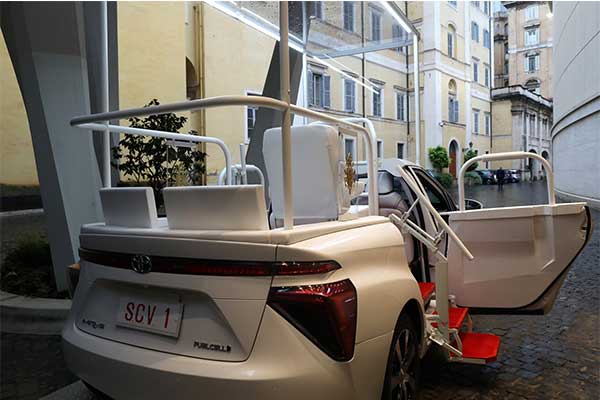 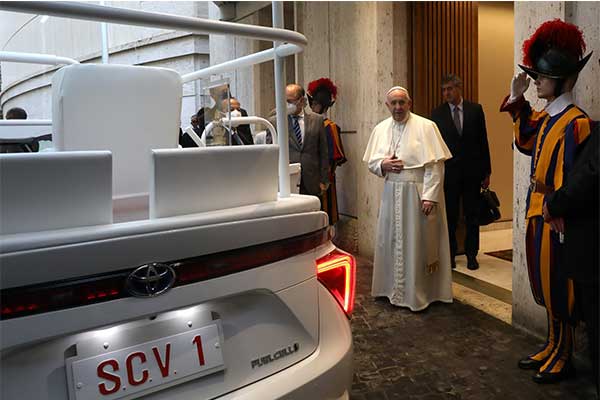 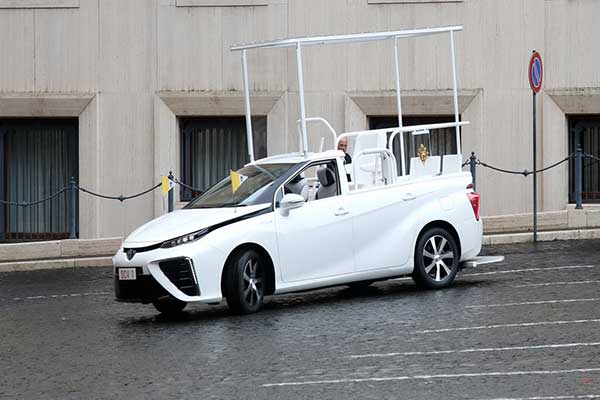 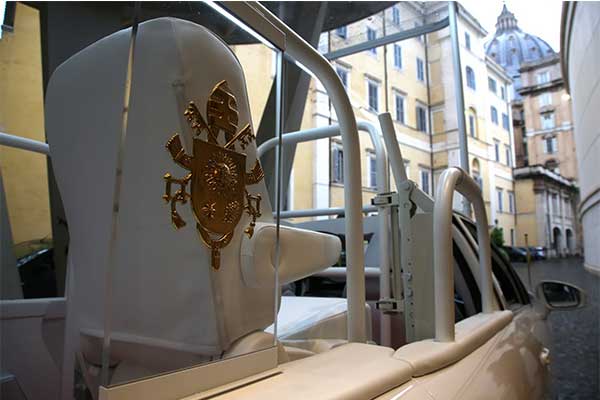