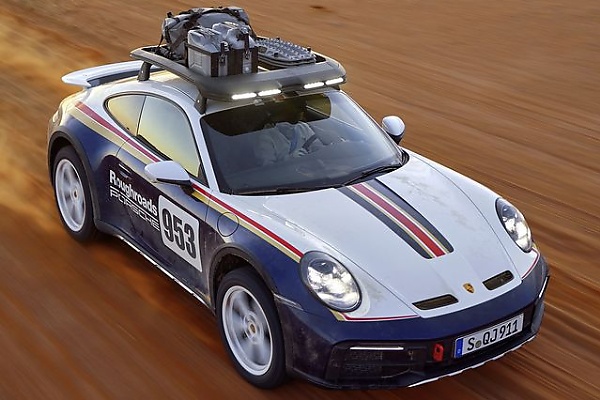 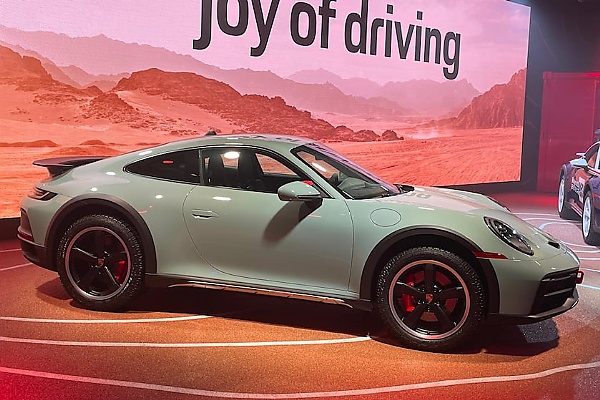 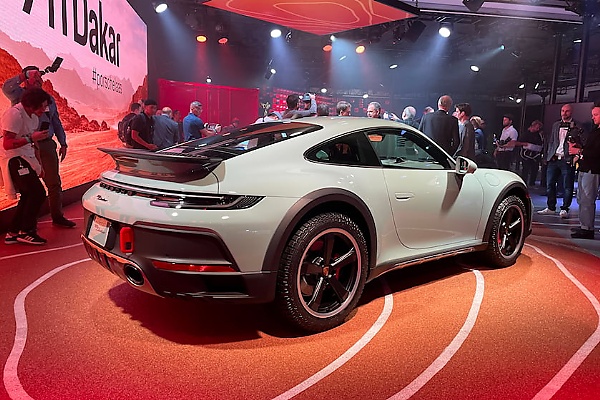 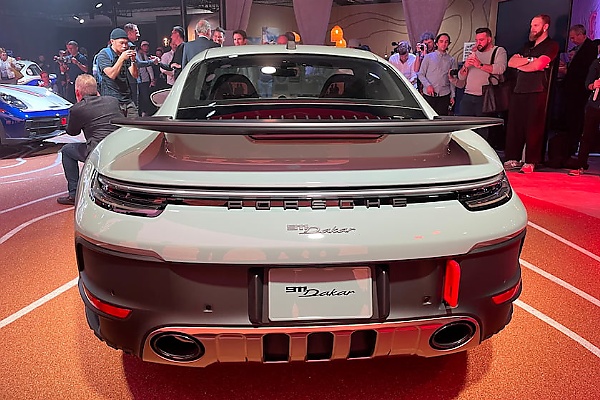 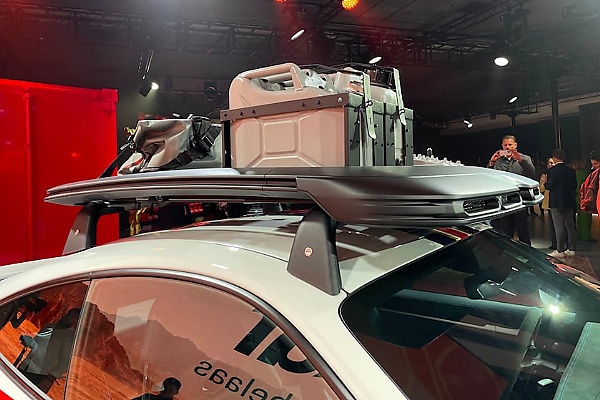 The all-new 2023 Porsche 911 Dakar, a lifted and off-road-capable variant of the famed road-going 911 sports car, has officially made its debut at the 2022 Los Angeles auto show.

Limited to 2,500 units, the exclusive model with a starting MSRP of $222,000, “evokes the first overall victory by Porsche in the 1984 Paris-Dakar Rally, which was simultaneously the birth of all-wheel drive in the Porsche 911.” 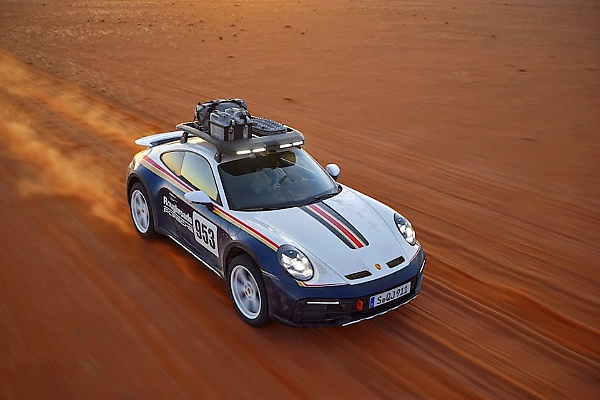 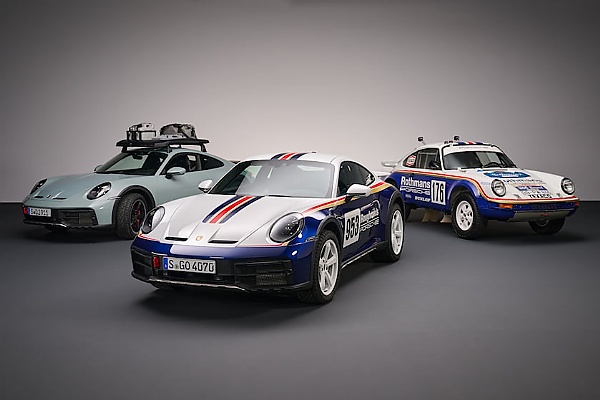 The Porsche 911 Dakar has a ground clearance that is 50 millimetres higher than that of a 911 Carrera. In addition, a standard lift system can raise the front and rear ends by an additional 30 millimetres. 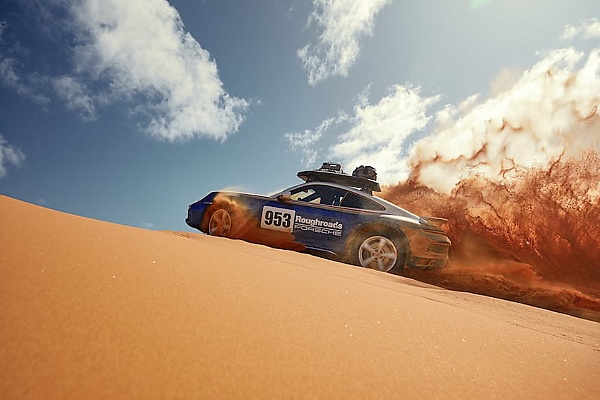 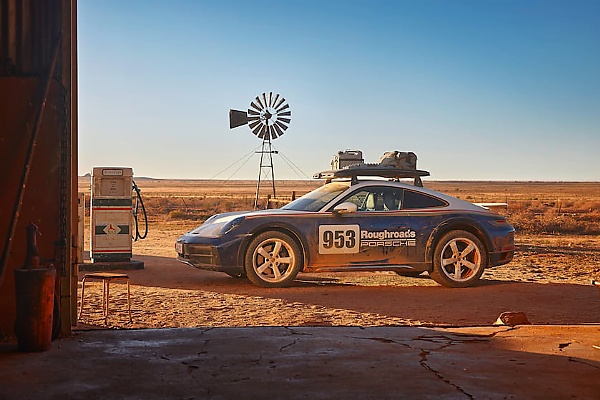 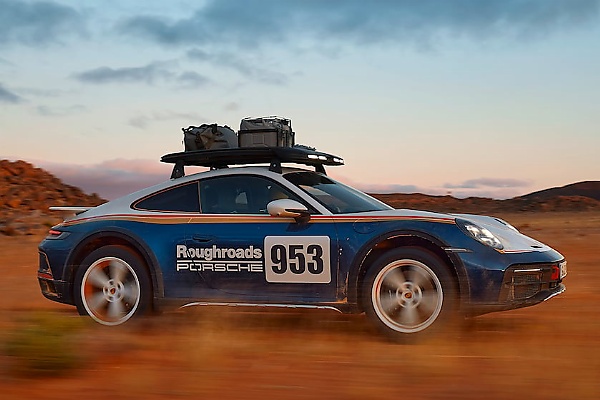 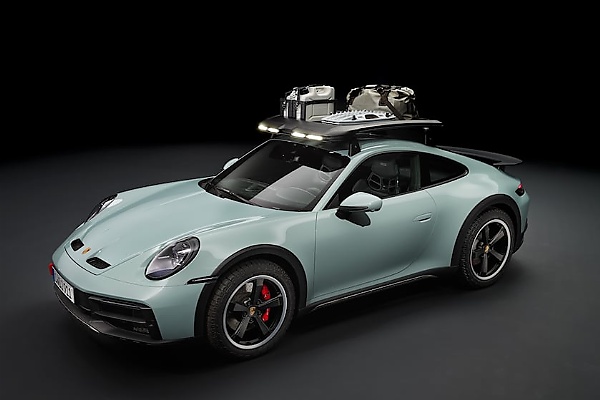 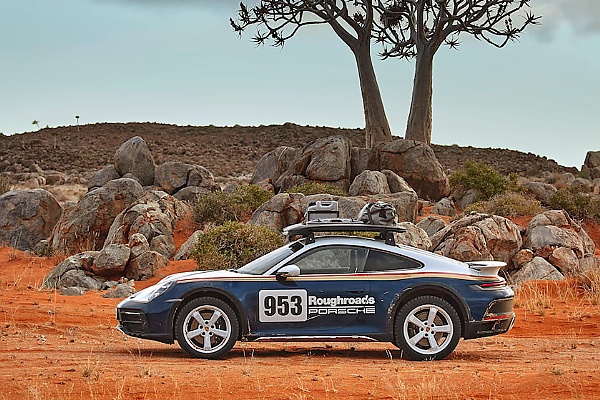 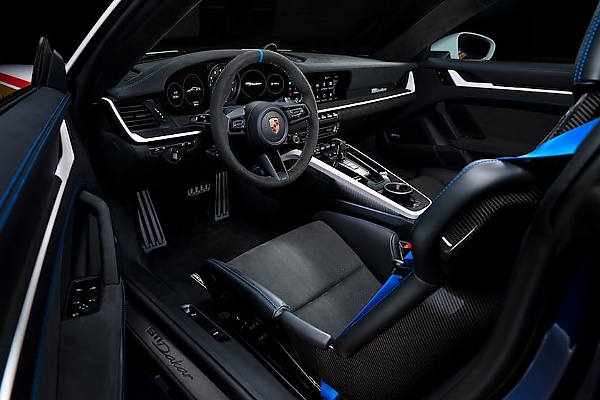 The ‘high level’ setting is used to slowly cross obstacles. Available for ambitious off-road adventures at speeds of up to 170 km/h, the car automatically lowers back down to its normal level when the speed raises above.

The roof of the Porsche 911 Dakar features a visible 12-volt power outlet for the headlights of the optional roof rack that can be used to carry rallying equipment such as fuel and water canisters. 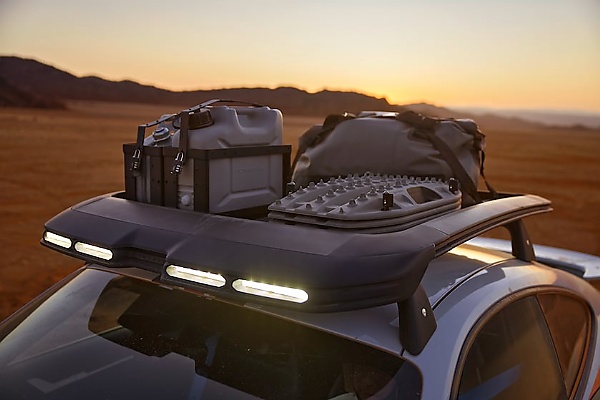 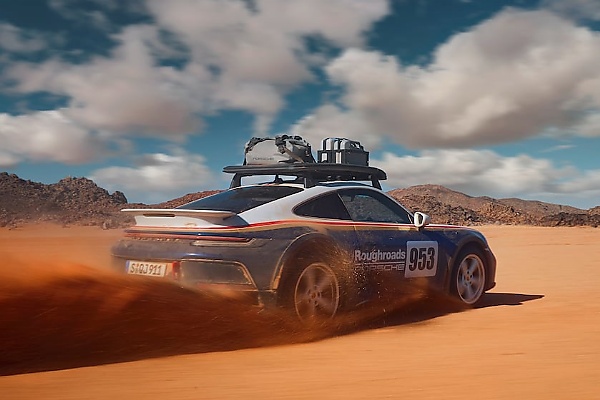 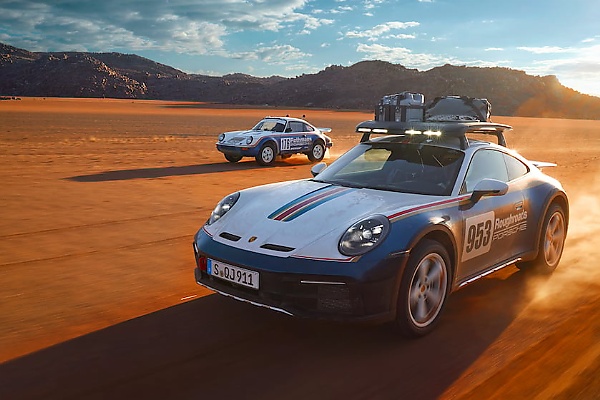 Additional characteristic features of the 911 Dakar include the newly developed, fixed lightweight rear spoiler made of CFRP and the CFRP front luggage compartment lid with striking air outlets taken from the 911 GT3.

Behind the rear axle is a 473-hp twin-turbocharged 3.0-liter flat-six engine borrowed from the 911 Carrera GTs, which allows the 911 Dakar to sprint to 100 km/h in 3.4 seconds and a top-speed that is limited to 240 km/h due to its all-terrain tyres.