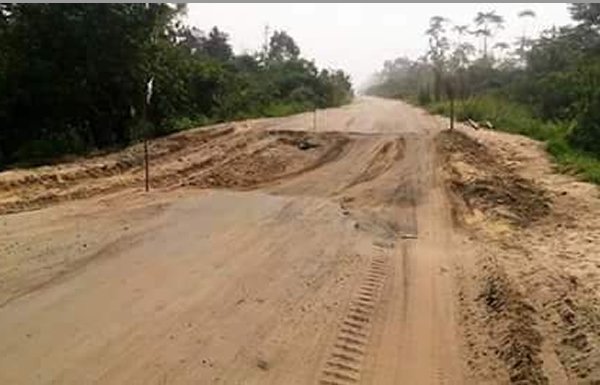 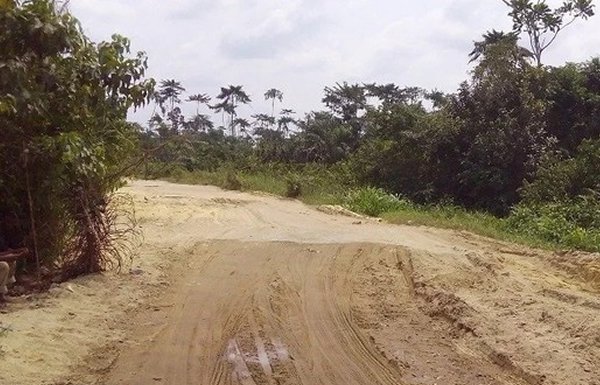 When asked what he does there daily, he said he sat there assisting drivers to take care of the road to the village. He told our reporter that he has been there for long, his business is to help drivers so that their vehicles do not have much problem while passing through the pothole ridden road to Otuoke. And by so doing he gets little money from some good drivers.

“I saw the road that it is actually bad, I decided to take care of it on my own. I’m just putting my effort so that our people can move through it. This road got bad since 2012 when the flood entered the area and spoilt the road. And since then, it has been like that.

“Any driver that passes by gives me some money and I use it for myself. I don’t have any work that I am doing,” 42 year old Okechukwu told our reporter who visited Otuoke for a firsthand information on development in the former president’s village.

Although Dr. Goodluck Jonathan made significant impact in the country in his 8 years at the federal seat of power, the road leading to Otuoke, his country home in Ogbia local government area of Bayelsa state, leaves much to be desired.

Driving through Yenagoa to Otuoke, pot holes are much on the road. Besides potholes, sections of the road are broken, a development which has consistently led to drivers battling on the road during the raining season.

An indigene of the area whom our reporter ran into said his car was badly affected by the bad nature of the road, hence he was at that moment finding his way to the mechanic to put the vehicle in order.

Residents have described the road as being in deplorable condition. Ologi Damiete said the condition of the road had become worse since the last rainy season as vehicles now find it difficult to pass through.

A staff of the Federal University, Otuoke, Damiete appealed to the state government to come to the aid of the residents and fix the road for them.

“The condition of this road has become worse since the flood that submerged the whole community and there has not been any preventive measure to forestall future occurrence.

“I am calling on all the relevant authorities to look into the matter because it has become unbearable. Our vehicles have been damaged because of the road,” he told NAIJ.com.

Another resident, Oweide Odo, urged the state government to make more efforts toward checking flooding in the state, pointing out that flood had destroyed many roads in the oil rich Bayelsa state.

He said that the people are suffering and government had the responsibility to alleviate their agony by providing roads and other infrastructure for them.

A taxi driver, Babatunde Adeola, said the road was already in a bad shape before the flood destroyed it completely.

He implored the Bayelsa state government and the Niger Delta Development Commission to come to the aid of the people of Otuoke and Onuegbum communities as well as students and staff of the university.

For the chairman of the community development committee, Oguanisi Akpufu, the road is annoying. It is bad. But against the blame Nigerians have continuously leveled against the former president, Akpufu exonerated Goodluck Jonathan over the road challenge in the community. Rather he said the Bayelsa state government should be blamed for it. 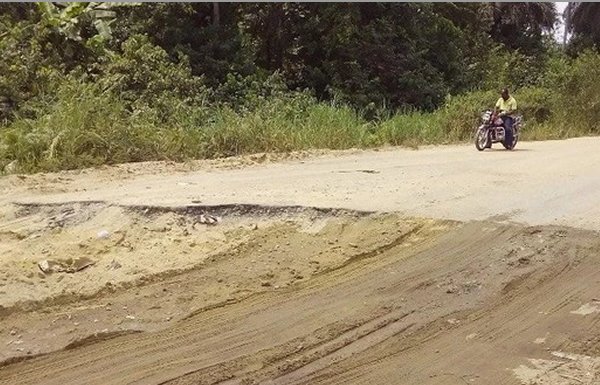