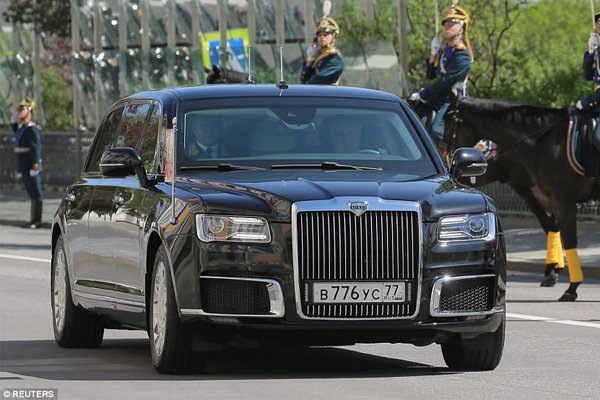 Vladimir Putin is a Russian statesman and former intelligence officer serving as President of Russia since 2012, previously holding the position from 2000 until 2008.

President Putin rolled into his Helsinki summit with President Trump with a new ride that can compare to the Secret Service-operated ‘Beast.’

The Russian strongman arrived in the back of his brand new Aurus Senat limousine in only the second time it has been used since his inauguration earlier this year.

Little is known about the features of the Senat save that it can be fully submerged in water while keeping the occupants safe, and runs on tyres reinforced with steel to stop them going flat.

On the communication system, he said: ‘The system is internal, it is built entirely on our satellites and is completely in-built into the car which is incredibly important.

The car will stay in touch under any circumstances.

‘The defence system is also top level; should there be a chemical attack, the car can shut its windows and remain for long time underwater, just like a submarine.

‘The limo has its unusual gear shift.

It is automatic, and it’s hybrid with a generator that can work both as an electric engine and as a generator.’

The body is covered in 15 millimetres of armour plating with a reinforced chassis ensuring the body will not fall apart under stress.

‘The body of the car is Russian invention as despite its size and heavy protection it turned out to be quite light.

‘The construction deals really well with torsion and bending, there was a lot of strong boron-containing materials used.

The car is almost seven metres long, it is a very serious work indeed.’

The Senat is powered by a twin-turbocharged 4.4-liter Porsche-developed V8 engine and will replace the adapted Mercedes-Benz Pullman limousine which Russian presidents have used since 1994.

Inside, the limousine is decked out with white leather seats and wood detailing and features a large Russian coat of arms stitched into the door. 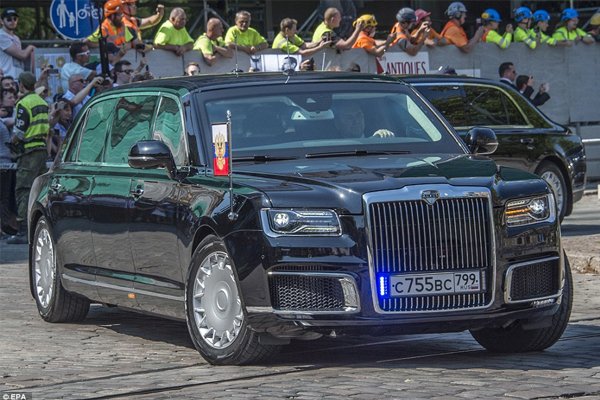 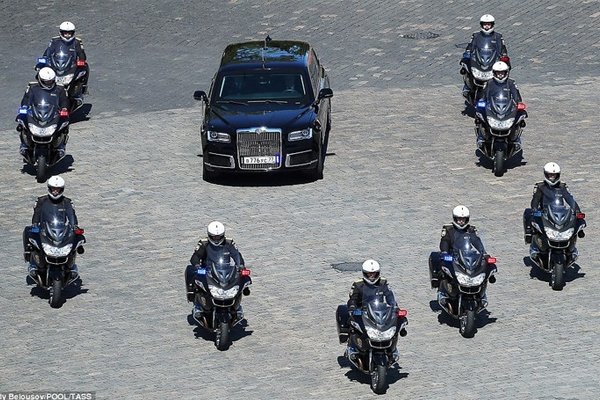 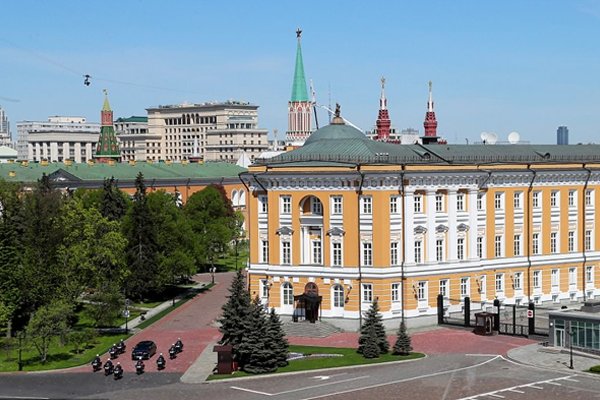 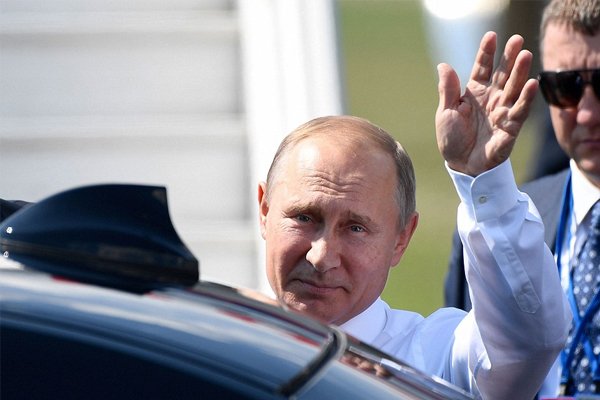 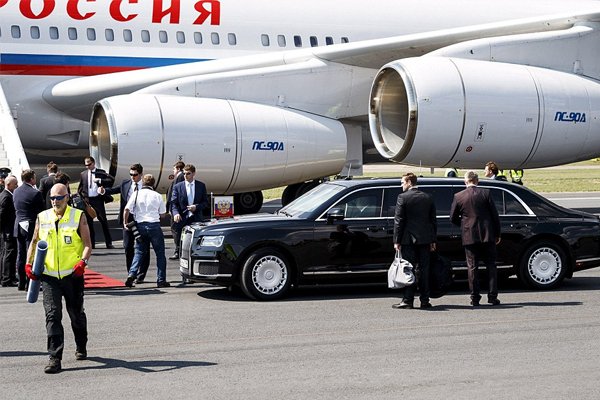 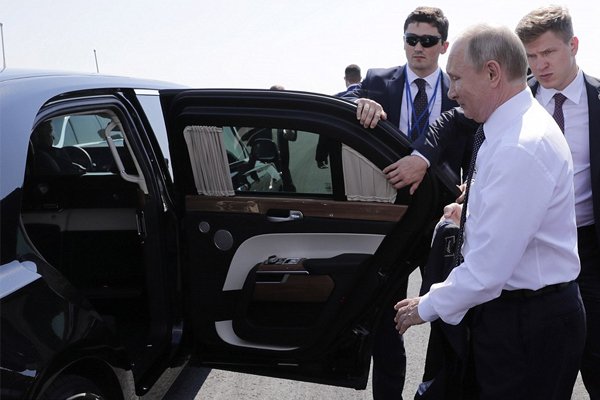 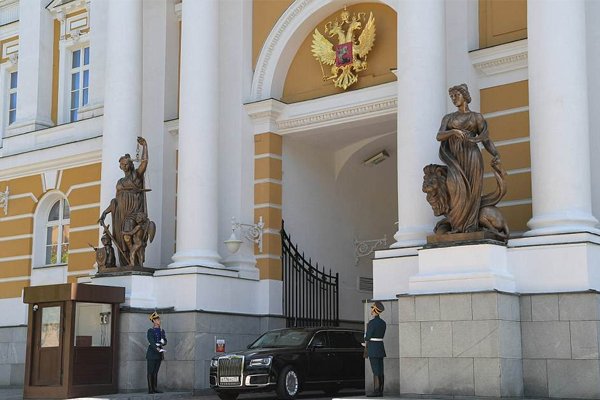