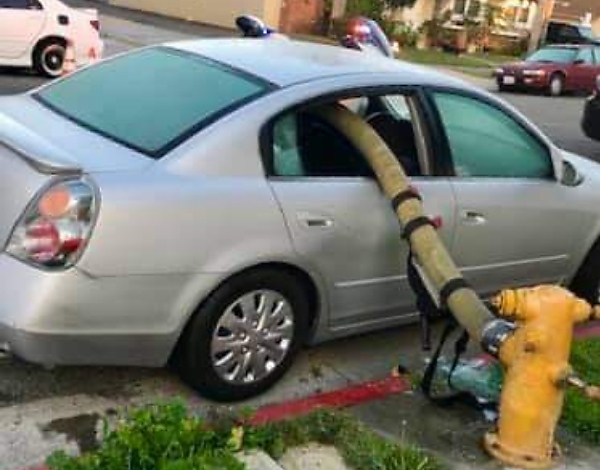 Reactions as firefighters broke back windows a parked car and passed a hose through it for blocking a fire hydrant.

Many people asked why the firefighters didn’t go under or over the car, instead of choosing to break the car’s windows.

The department later posted a video to demonstrate that it wasn’t feasible to do that as it reduces the flow of the water. 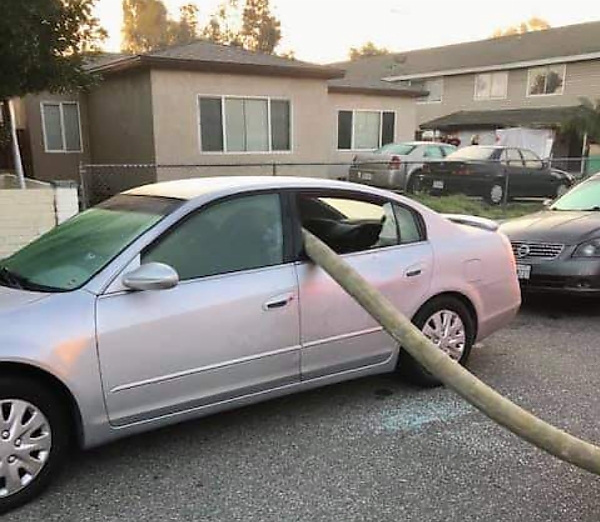 Back in 2019, the California fire department posted photos of a hose passed through a car’s window to warn motorists of the dangers of blocking fire hydrants.

The incident happened after members of the Anaheim Fire & Rescue met a car parked directly in front of the fire hydrant while responding to the call of a residential fire.

To access the fire hydrant, firefighters chose to break the two back passenger windows of the parked car and snaked the hose through it. Eight people were eventually evacuated from the house fire. 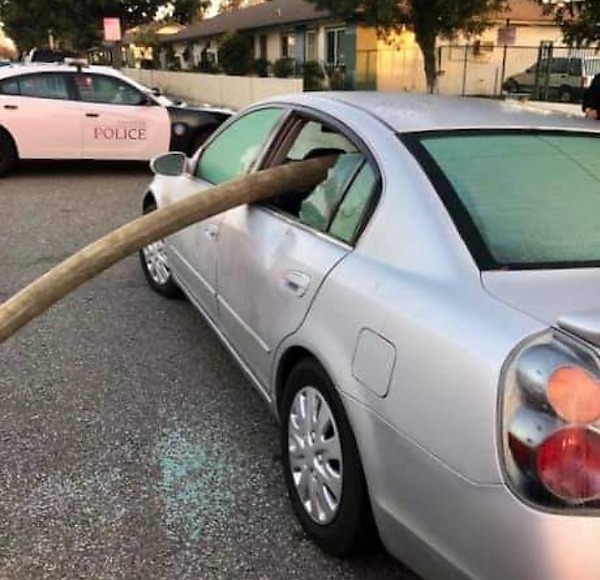 Afterward, Sgt. Daron Wyatt took a photo of the hose strategy and posted it on the department’s Facebook page :

“Most people think they can park in front of a fire hydrant and nothing’s gonna happen, and in a lot of times that’s true,” Sgt. Daron Wyatt said.

“But we do have instances where there is an actual fire, and in this case, it came in as a residential fire with people trapped inside.”

As expected, the fire department received comments asking why firefighters didn’t go under or over the car, instead of choosing to break the car’s windows. 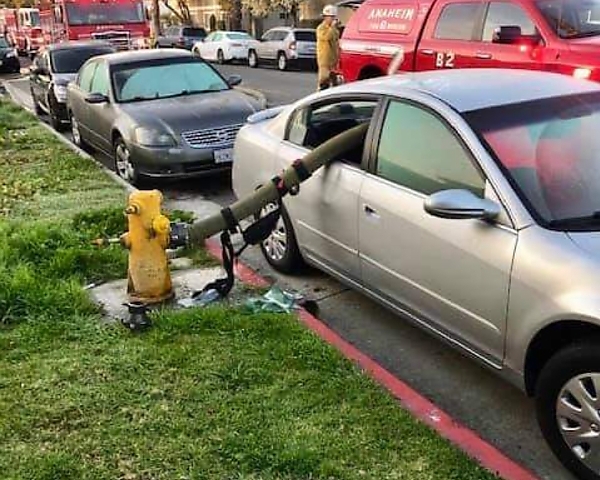 While defending their actions, the department posted a video to demonstrate that it wasn’t feasible to do that as it reduces the flow of the water.

“Some people thought we posted the picture to humiliate somebody; we did not. We just wanted to illustrate and educate,” Wyatt said.

“We had a few people that really questioned why we didn’t put the hose underneath the car or around the car or over the car. We wanted to demonstrate to those people that it just isn’t feasible to do that. It reduced the flow of the water because of the kind in the hose.”

Question Of The Day : Which Is Your Favorite, Lamborghini Huracan (L) Or Aventador (R)?