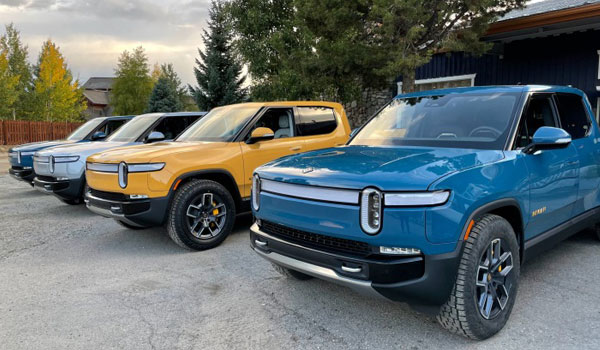 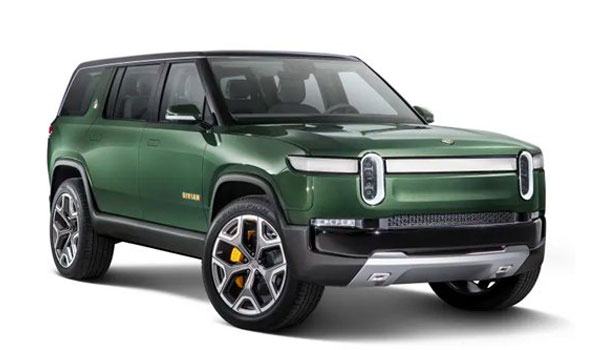 Rivian is an American electric vehicle automaker and automotive technology company founded in 2009.

The 12-year-old startup that has never sold a single vehicle, is now the third most valuable carmaker in the world.

The electric vehicle maker has been public for all of one week, but its share price has more than doubled in that time, valuing Rivian at more than $140 billion — just ahead of Volkswagen ($139 billion), and in third place behind Toyota ($306 billion) and Tesla ($1 trillion).
On Tuesday, the stock opened 6% higher, at about $159 a share. When the company debuted last week, it priced its shares at $78. 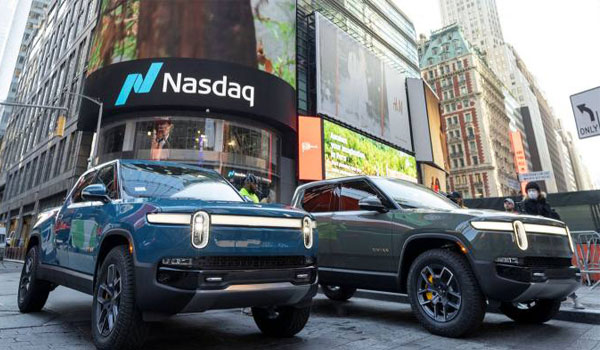 Even though Rivian hasn’t brought any of its electric trucks to market, it’s ginned up major investor interest with prominent backing from Amazon, which bought a 20% stake in 2019, and Ford (F). Jeff Bezos is a big fan, and has been seen shuttling his fellow space explorers to and from Blue Origin’s West Texas launch site in Rivian’s signature truck.
Electric vehicle hype is nothing new — many analysts, and even Tesla’s own founder Elon Musk, have argued that its Tesla’s valuation is overinflated. But its stock keeps climbing as Wall Street envisions a future in which all-electric vehicles are the norm. Under President Joe Biden’s $1.2 trillion infrastructure plan, signed into law Monday, about $7.5 billion is being set aside to build a nationwide network of plug-in electric vehicle chargers.
Investors who may have missed out on Tesla a decade ago aren’t keen to miss out on another hot EV pioneer.

Rivian also boasts a potential edge over Tesla in the US market, in part because it’s angling for the non-Tesla, or even anti-Tesla, crowd.
Rivian’s primary product is not just any EV — it’s a pickup truck. That’s important in the US market, given that the top three most popular vehicles in the US are the Ford F-150, the Chevy Silverado and the Ram, in that order, according to Edmunds research.

Rivian builds an electric sport utility vehicle (SUV) and pickup truck on a “skateboard” platform that can support future vehicles or be adopted by other companies.

The company plans to build an exclusive charging network in the United States and Canada.

Rivian is based in Irvine, California with its manufacturing plant in Normal, Illinois, and other facilities in Palo Alto, California; Carson, California; Plymouth, Michigan; Vancouver, British Columbia, and Woking, England.