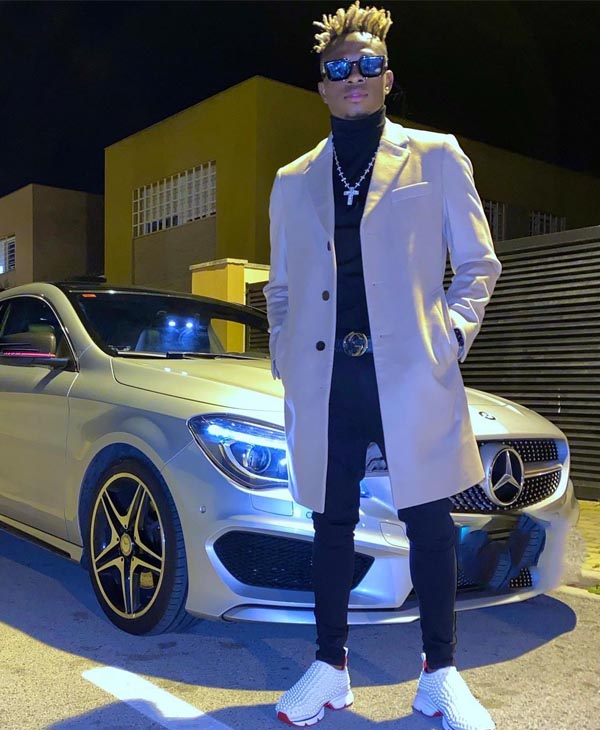 The Villarreal of Spain winger revealed the car on his verified Instagram. This was few hours before his team league outing against Real Sociedad. He was seen putting on a lengthy suit, a black shade, flashy jean and white trainers while flaunting the white luxury ride on the street of Spain.

Reacting to this, the 21-year-old millionaire said God’s comfort is the secret behind his success. “ Man, I thank God I’m Godly. Oluwa na him comfort me,” he replied via same channel. Samuel Chukwueze

His flamboyant lifestyle has seen him him purchased a (N90M) Ferrari two years ago. He toppled it by displaying various iPhones and expensive attires in recent events.

Chukwueze last netted for Nigeria during the Super Eagles 4-4 draw against Sierra Leone in the first leg of the AFCON 2022 double-header cracker in Benin City, earlier this month. 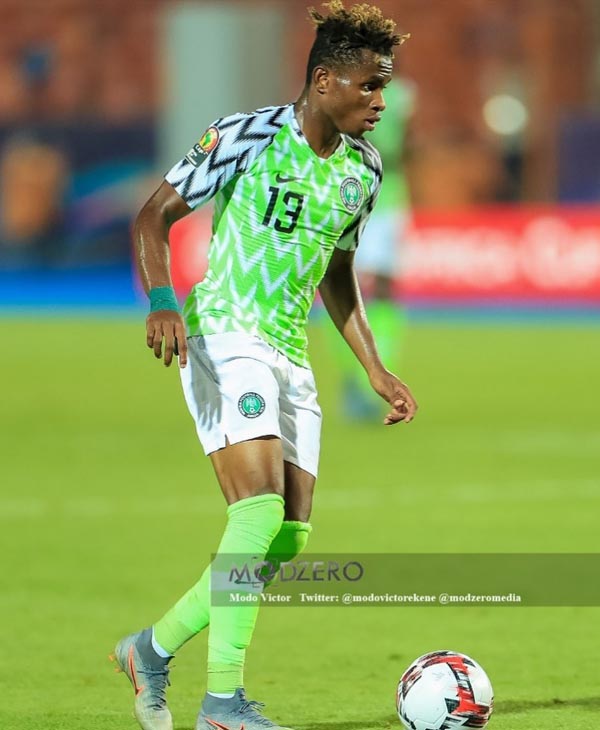 Samuel Chimerenka Chukwueze (born 22 May 1999) plays for Villarreal CF and the Nigeria national team as a winger.

After playing for Nigeria at under-17 level, he received his first call-up to the senior team in October 2018. He made his debut for the Nigerian senior team on 20 November 2018 as a starter in a 0–0 friendly draw against Uganda. Samuel Chukwueze

In May 2019, Chukwueze was invited to represent Nigeria’s senior team at the Africa Cup of Nations and the Under-20 team at the Under-20 World Cup. However, club side Villarreal said he could only play in one of the tournaments. He was part of the Nigerian squad for Africa Cup of Nations hosted in Egypt. He scored his first senior goal in Nigeria’s 2–1 win over South Africa in the quarter finals.

Lamborghini Recalls Urus SUV Because It Could Catch On Fire