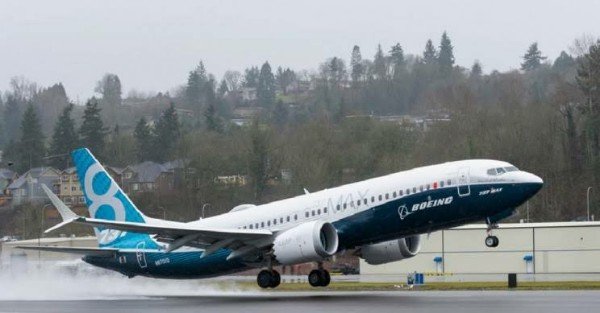 The crashed four-month-old plane that killed all 157 passengers and crew on board is the second brand new Boeing 737 MAX 8 airliner in recent months to be involved in a fatal crash.

As a result, airlines around the world made the decision to ground their fleets of Boeing 737 Max airliners. Some safety regulators, including Nigerian Civil Aviation Authority, have outrightly banned the plane from entering its airspace.

“The 737 is very profitable to Boeing because of the high volume, the resulting production efficiencies and the amortization of the capital investment over the program’s decades”

“Boeing does not disclose specifics, but we estimate that the average operating margin dollars recognized for each delivery of a Max 8 aircraft at between $12 million and at least $15 million or more even at this point in the model’s life”

Boeing Commercial Airplanes, the company’s airliner division, has a backlog 5,870 planes valued at more than $400 billion (or ₦144t) .

Related Topics:737 MAX 8Aeroplaneaircraftboeingplane
Up Next