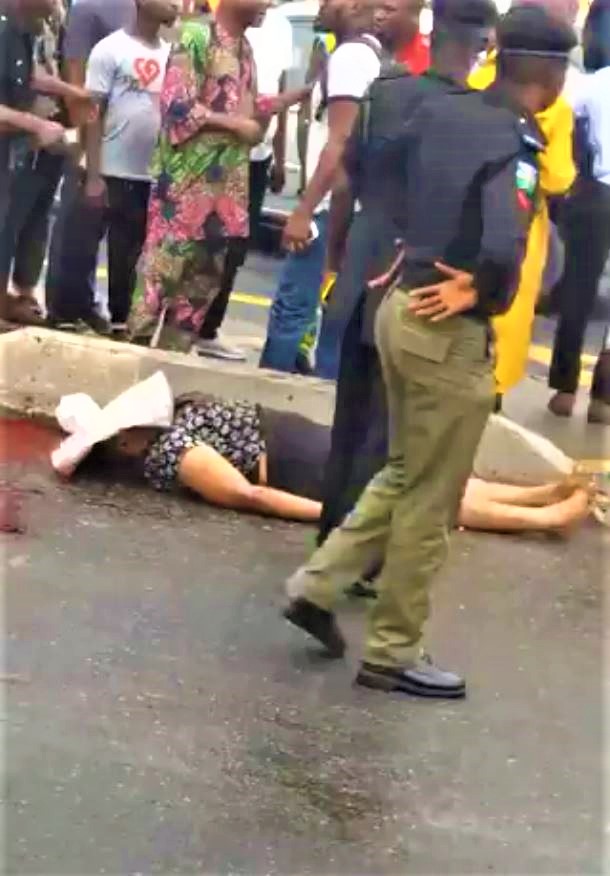 Earlier this morning, an unidentified lady lost her life after she was knocked down by a vehicle.

The accident occurred at the Ojota end of the Independence tunnel,  Maryland, Lagos.

According to a report, the deceased was using earpiece when the accident happened.

Curiously, despite the presence of a public ambulance at the scene, the body of the lady was positioned by one of the medians.

Officials of the Nigeria Police Force, LASTMA were on ground to attend to the situation and ensure that traffic was not impeded.

Plz lets all be caution with the way we cross the express. This woman just had a fatal accident that took her life..she was using ear fix while crossing the road….may her soul rest in peace pic.twitter.com/BI70t27E73

Who Is The First Nigerian To Drive A Car? (PHOTO)