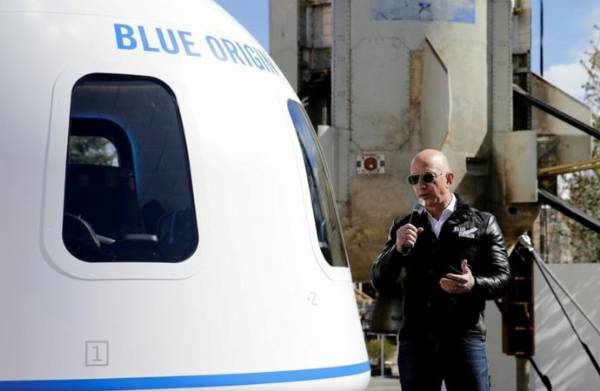 Someone Paid $28m (N11.5 billion) for a seat for a 10-mins space trip with Amazon’s Billionaire CEO Jeff Bezos.

Jeff Bezos, his brother and two yet to be unannounced tourist will form the four crew members for the 20 July flight. 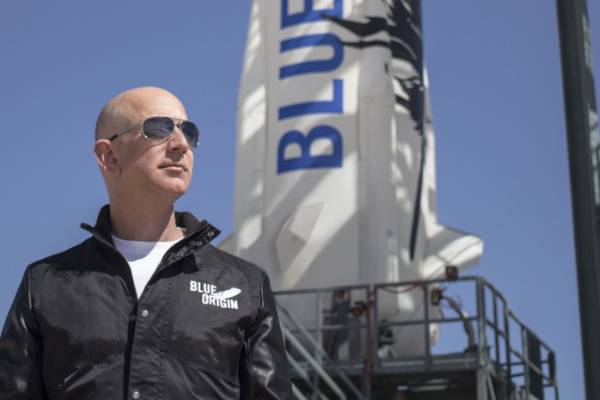 After a nearly month-long bidding process, an unnamed bidder has paid $28m (N11.5 billion) for a seat for an 10 minutes space ride with Amazon founder Jeff Bezos.

After the winning bid was made at Saturday’s auction, Blue Origin tweeted that the winner’s identity would be revealed in the coming weeks. It added that the money gotten from the sale will be donated to Blue Origin’s foundation, ClubforFuture.

“The winning bid amount will be donated to Blue Origin’s foundation, @ClubforFuture,”

“On July 20th, I will take that journey with my brother,”

“The greatest adventure, with my best friend.”

Jeff Bezos, his brother Mark, the auction winner and another yet unannounced tourist will form the four-strong crew members for the 20 July flight. 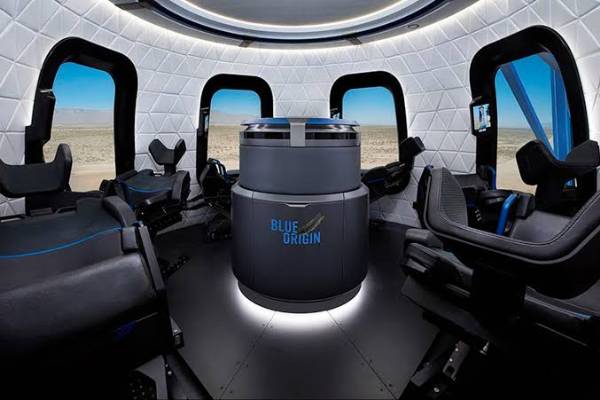 Inside the Blue Origin’s Capsule where the crew members will seat for the 10-mins space trip.

The first crewed spaceflight by the billionaire’s Blue Origin company comes just weeks after Mr Bezos plans to step down as CEO of Amazon.

According to Blue Origin’s website, the company plans to launch its passengers more than 100km (62 miles) above the Earth’s surface. It will allow them to experience microgravity. The six-berth (passenger) capsule will return to Earth using parachutes.