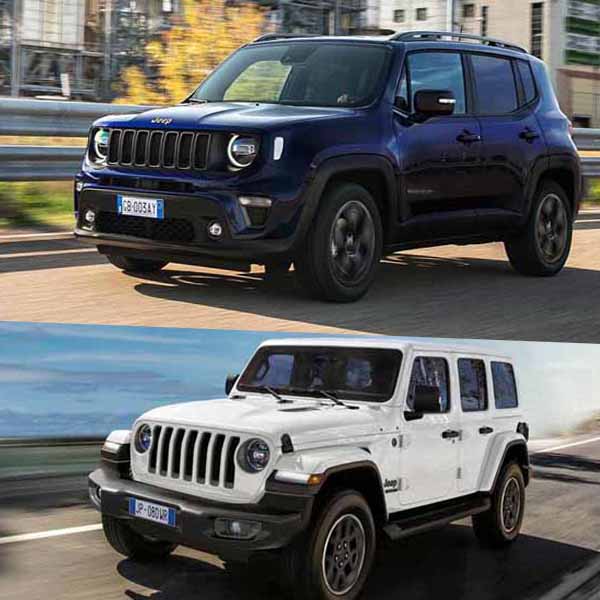 The 80th Anniversary Series versions of the Renegade and Wrangler will be offered in the UK. Special Editions SUVs

Each set to arrive in the spring. Both are based on the current best-selling trim variants but add unique styling details, badging and equipment. Special Editions SUVs 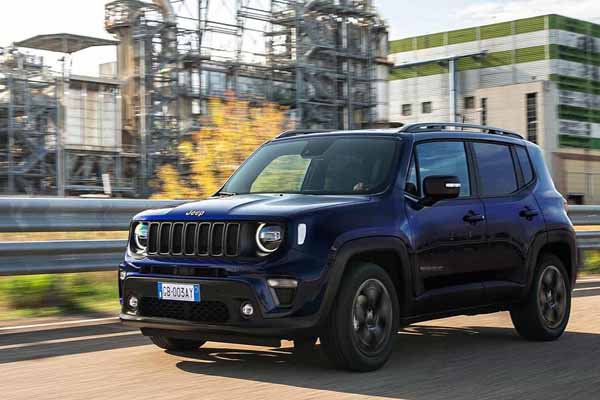 The Renegade 80th Anniversary, based on Limited trim, has a revised seven-slot grille with low-gloss Granite Crystal colouring, 18in alloy wheels, LED lights all round and privacy glass. A unique commemorative badge also features.

The badging appears across the cabin, from the seats (which are black leather with tungsten stitching) to the floor mats. The infotainment also has unique graphic elements and the full suite of driver assist systems is thrown in.

Engine options are petrol only: either the 118bhp 1.0-litre turbo three-cylinder or the 148bhp 1.3-litre turbo four. Both are front-wheel drive, with the 1.3 equipped with a dual-clutch transmission only. Special Editions SUVs 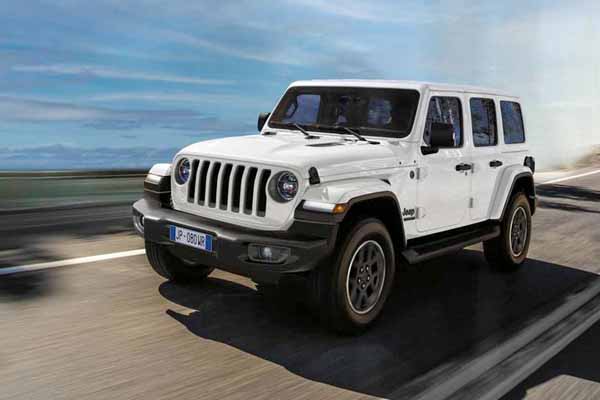 The Wrangler 80th Anniversary also has a similar grille treatment (albeit in a metallic Neutral Grey), with the trim colour extend to the headlight and foglight bezels. Two-tone 18in alloys feature, as do full LED headlights with auto high beam, a body-coloured hard-top and commemorative badging and plaques. Special Editions SUVs

The same black leather as the Renegade appears inside, along with a leather-wrapped dashboard and Berber floor mats. The infotainment system also features new Uconnect app-based services for the first time, plus the same graphic treatment as the Renegade special’s. Power comes solely from a 268bhp 2.0-litre four-cylinder petrol engine.

Pricing for the new variants will be announced when orders open this spring. Special Editions SUVs

This Rolls-Royce, A Drag Racer With Protruding Engine, Is Up For Sale For $106,790