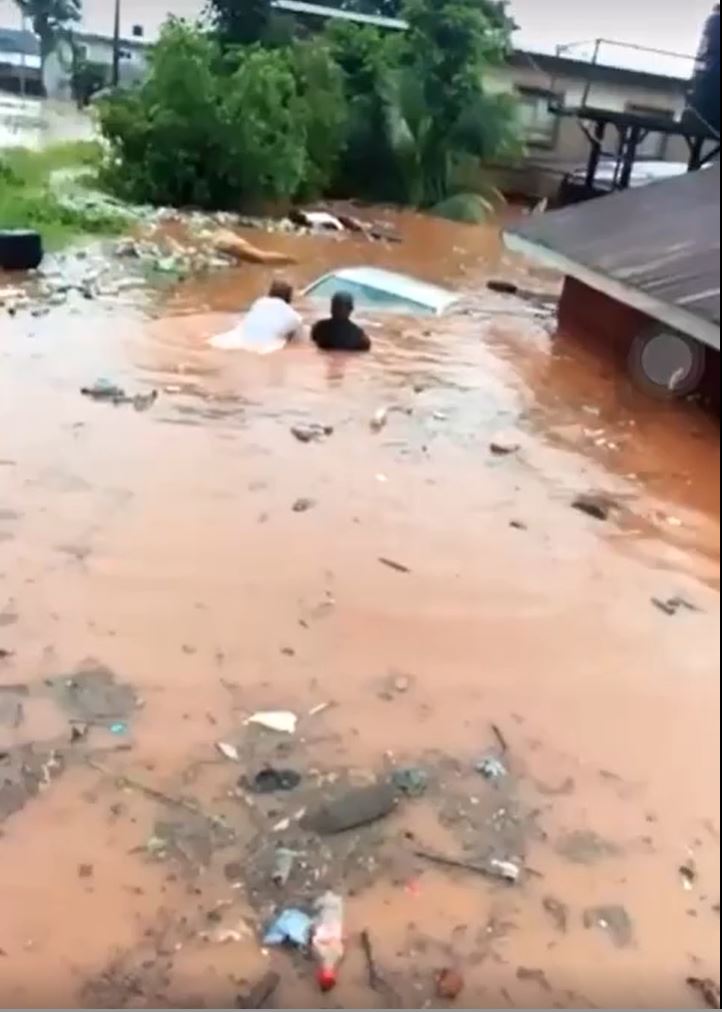 Many residents of Benin, Edo State have been rendered homeless following several hours of heavy downpour on Saturday. submerged car

Further reports that aside from the destruction and submerging of houses, several cars were also destroyed by the flood.

In the video below, residents of Erediauwa axis of Benin are seen trying to pullout a submerged car from a scene of flooding.

According to the narration on the video of the individual who captured the scenario, there is still another car submerged in the floodwater.

According to reports, only a few parts of the city was spared by the flood.

The areas worst hit included most parts of the GRA, 1st East Circular, Akenwan Road. Others include Sakponba Road, Erediauwa, off Sapele Road, Okhoro as well as Ugbowo areas of the city.

Some of the victims of the flooding Benin-city painted a gloomy future. They believed that this could only be averted if they were assisted by the government to recover some of their losses.

A resident, Moses Izekor, described the situation as pathetic. He said they watched helplessly as the flood completely submerged their houses and destroyed properties. 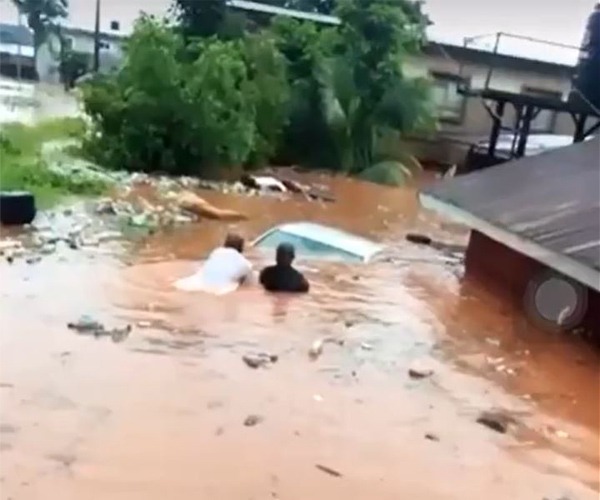