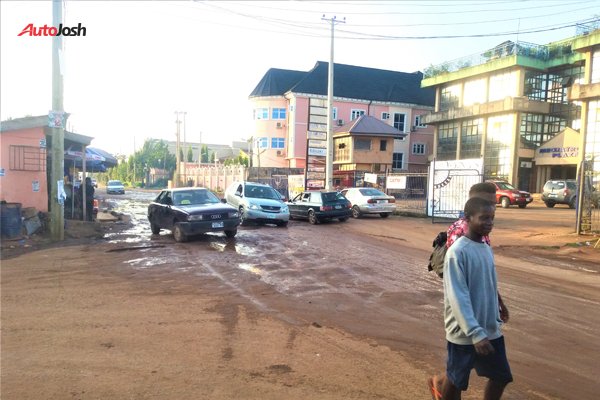 In an interview with News Agency of Nigeria on Tuesday in Bauchi, Najume observed that most head-on-collision of vehicles are caused by the grave error of ‘swerving to the left’ in attempting to avoid obstacles or potholes, thereby veering of into the path of incoming vehicles.

He described the mistake of veering off to the path of incoming vehicles as ‘most suicidal,’ noting that the collision of forces from opposite direction is often ‘ghastly’ and the chances of survival of occupants of vehicles involved ‘very slim.’

The Commander observed that most road users are in the habit of making this grave mistake, either out of ignorance, or due to sheer recklessness.

“Many drivers do dodge small potholes to their left hand side instead of entering it. If they must dodge potholes, they should dodge to their right hand side.

“It is suicide dodging potholes to the left hand side; but if you must go by the left, you must be sure that you are safe from vehicles that are coming from the opposite direction.

“Most drivers do not know this and those who are aware don’t adhere to the rules; this is why most of them end up in head-on collision because nothing can stop a vehicle on speed.

“Most alarming is that some road users, not only swerve to the left while avoiding obstacles, but do so at sharp bends where they cannot see anything coming from the opposite direction.

“This is why we always educate them to always keep and maintain their lane,” he admonished

Najume also observed that most of the commercial vehicle drivers in motor parks are not qualified to drive, with some of them being users of hard drugs.

The Commander, however, reiterated that the FRSC would not relent in making sure that road users abide by all safety rules to ensure the protection of lives.

Fixing the road remains the best way to avoid motorists from swerving from potholes.