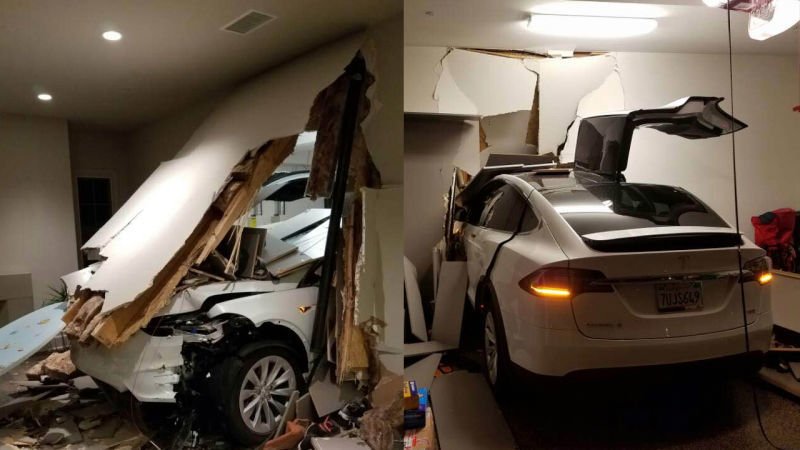 South Korean popular musician and actor Ji Chang Son made headlines recently when he filed a lawsuit against Tesla, claiming his  Model X accelerated on its own into his room wall while trying to park it.

After the incident which happened in September, son went to Tesla to notify them about what happened, according to the Tesla spokesperson. Tesla responded by having a technician examine his car’s data, at which point Tesla says it found that Son depressed the throttle pedal to the maximum.

Son who was not satisfied with the company response filled a suit against the company and also took to Facebook, to recount is version of the incident, he posted:
“How could they make me out to be such a shameless person to put my life on the line that way? They boast that Tesla X is the safest car, but to my family, it is a name that we will never forget.”

(translated from its original Korean):

Tesla, however claimed that the incident has occurred as a result of human fault rather than system failure.

At the heart of it, Son feels that he was not at fault, and even if he was at fault, the car should have stopped him regardless.

As we’re gradually going into the brave new world of autonomous driving, should Nigerians embrace this kind of Technology?

LASTMA official vs traffic light, which would you obey?

She regrets declining his marriage proposal because of his rugged car.