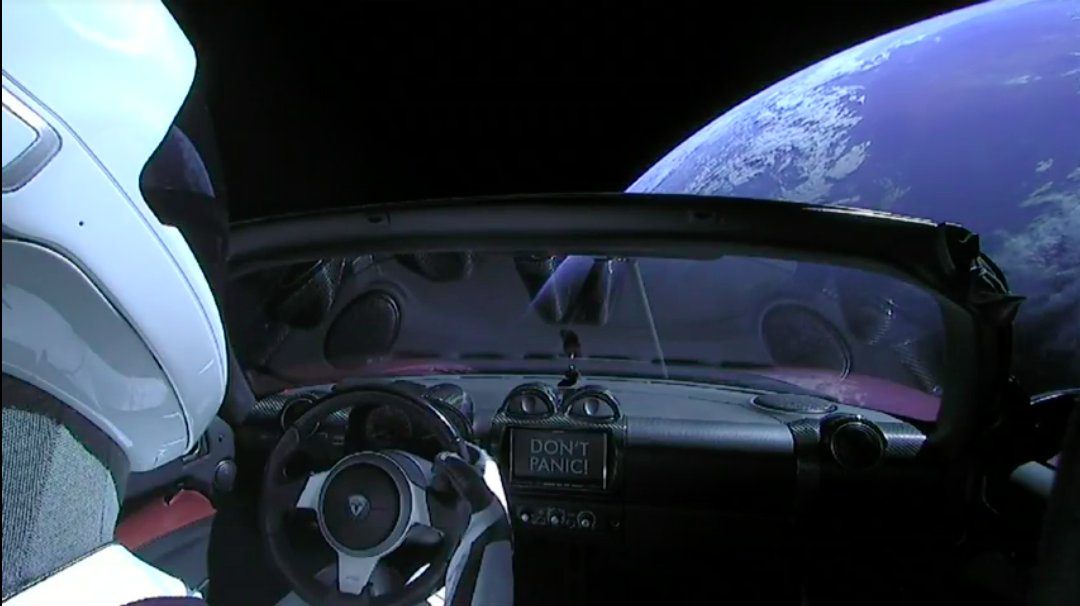 On Tuesday, February 6, history was made in Cape Canaveral as SpaceX’s Falcon Heavy soared towards space after a flawless launch, sending towards Mars a Tesla Roadster and humanity’s dreams with it.

It was a day the automotive industry reached a new level after a Tesla Roadster went where no car dared go before.

The day when a four-wheeled vehicle meant for public roads overcame its condition and became, possibly, an emissary of humanity’s ingenuity for alien races to find millions of years from now.

Two of the boosters – both recycled from previous launches returned minutes after lift-off for on-the-mark touchdowns at Cape Canaveral. Sonic booms rumbled across the region with the vertical landings.

Elon Musk hopes the Falcon Heavy flight will open up the prospect of far cheaper space launches, which could make travel to Mars more affordable.

Cosmic radiation will now gradually tear the car apart over millions of years, with the Roadster’s seat leather and plastics expected to fall apart in the next year provided the vehicle avoids collisions with space junk and meteors.

As of now, the Tesla Roadster has embarked on a six-months and over 250 million-mile journey or voyage with its lone passenger,a mannequin named Starman ,on an orbit around the sun.

Back on Earth, SpaceX engineers will get back to work, to sip through the trove of data they gathered during this test launch.

Which Is The Greatest Menace For Nigerian Road Users?