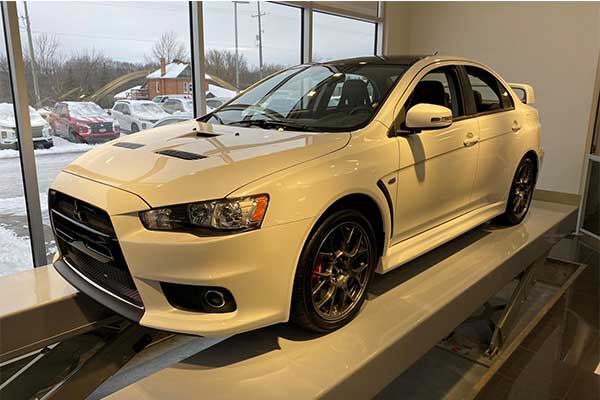 A few years ago, Mitsubishi discontinued the Lancer Evolution due to pitiful sales over the increasing preference for utility vehicles. Final Edition is how the last-ever variant is called, and Canada received 350 units in total and 3,100 for the entire world.

Today, one dealership in Ontario, Canada is asking a massive $147,899 CAD ($118,227 USD) for the very last model made for the local market. The 2015 Mitsubishi Lancer Evolution Final Edition is listed for sale at Baywest Mitsubishi, where it’s shown to have just 99 km (62 miles) on the odometer.

Finished in white, Canada’s last-ever Lancer Evo features a black roof, “Final Edition” badging on the trunk, and rides on a set of BBS wheels. The interior is fairly standard, with the only significant changes over the regular Evo being a red contrast stitching and a plaque stating its serial number. The latter brings us to an interesting point, as according to that plaque, this car is number 350 of 350, making it the last Final Edition for Canada.

A rally-bred thriller with a 2.0-litre turbocharged inline-four 303 hp on tap, clever all-wheel drive, and a rather archaic 5-speed manual transmission, the Final Edition could be the final edition – literally – because the Japanese automaker has no plans of reviving this fellow. Mitsubishi shareholders would like a new EVO but head honcho Takao Kato said no at the annual general meeting of shareholders. 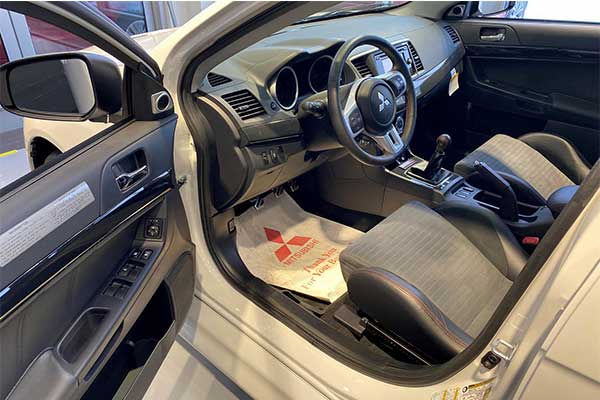 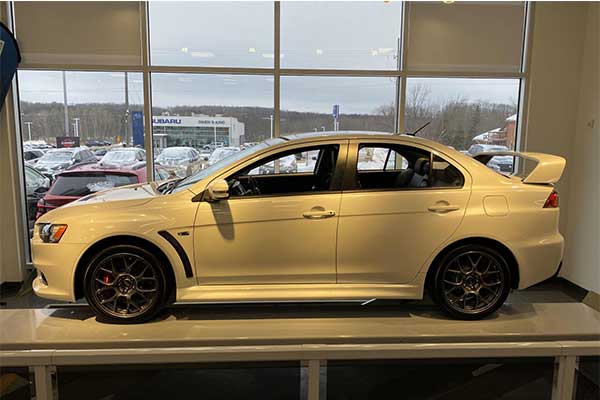 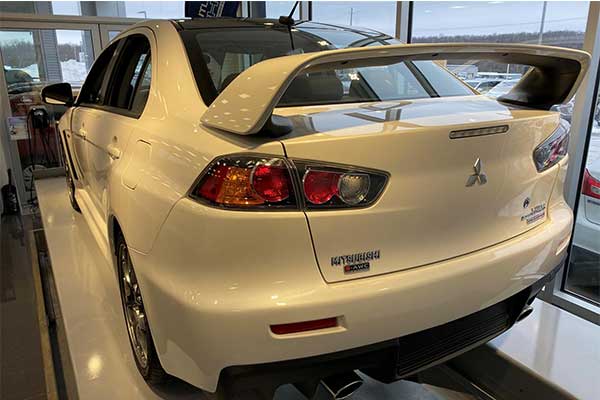 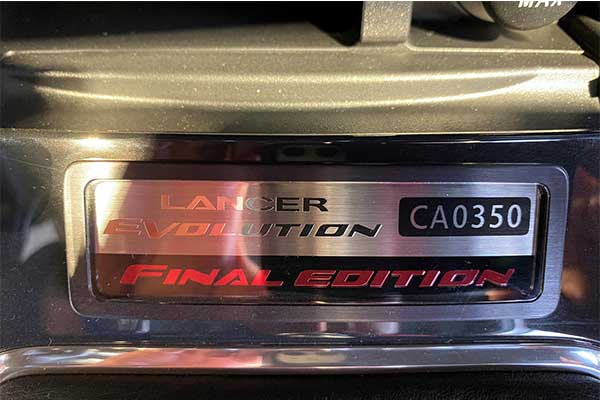 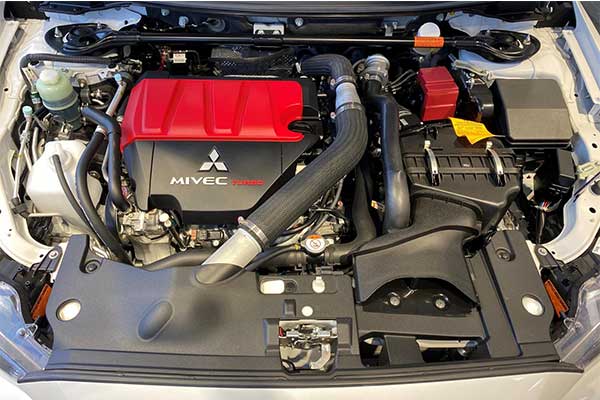