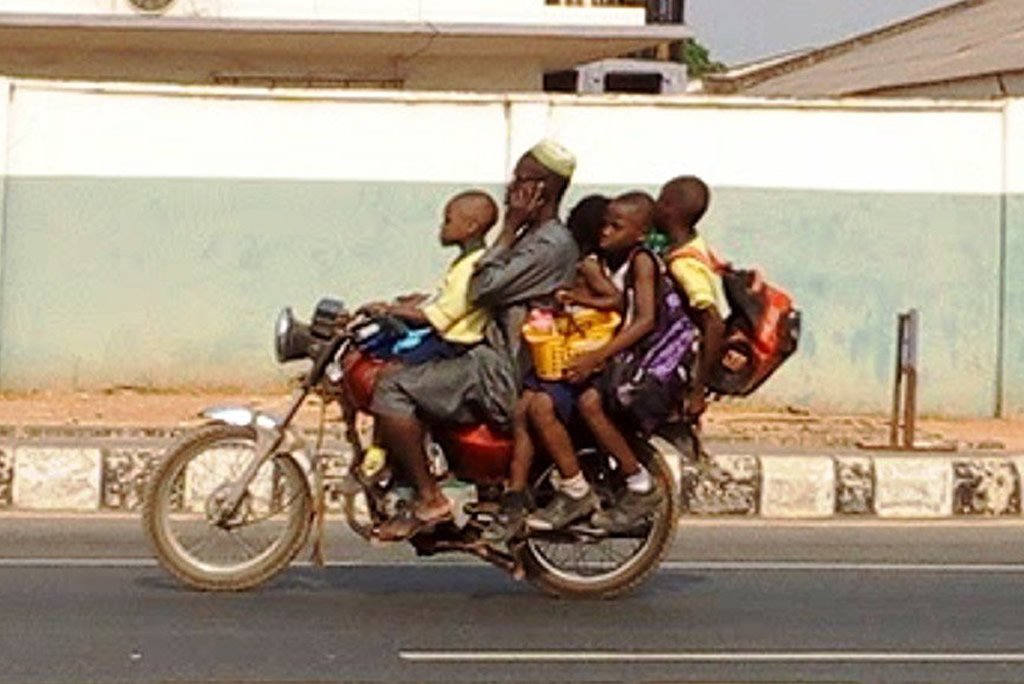 For sometime now, I have observed a steady increase in the number of commercial motorcycles aka Okada plying restricted routes all around the city of Lagos. And they have been growing bolder as times go by.

This is a worrisome trend that calls for attention as we cannot afford to go back to the old days when Okada reigned supreme on Lagos roads with its attendant cases of accidents and deaths.

As expected, they ride against traffic, disobey traffic lights and do not use protective equipment in addition to riding carelessly thereby constituting a nuisance to other road users.

Are we going forward or backward in Lagos state

Why should we reverse a significant achievement/footstep that states such as Delta, Rivers and Akwa Ibom promptly followed after as soon as Lagos blazed the trail back in 2012?

Even the FG/FRSC was contemplating following Lagos’ footstep in this regard.

How To Stem The Tide
Law enforcement agents have been trying but they can do more. However, most okada riders are very recalcitrant and dogged.

1. By fining okada riders’ passengers along with the okada riders. If I could be hauled into a waiting KAI van for attempting to cross an expressway, why can’t passengers of okada riders on restricted routes be arrested for being accomplices to breaking the state traffic law?

When prospective okada passengers realize that they may be fined for riding okadas on illegal routes along with the riders, they would have a rethink before engaging one.

Consequently, with the ready ‘market’ of the okada riders taken away, illegal okada riders will have no choice but to return to the inner unrestricted routes.

2. By promptly destroying seized okadas. The truth is that when seized okadas are not destroyed they would eventually find their way back to restricted routes one way or the other.

I think the government can give this a try.