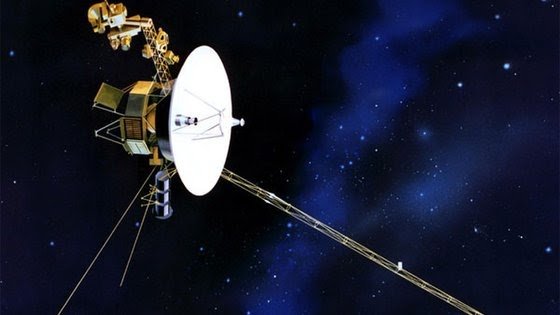 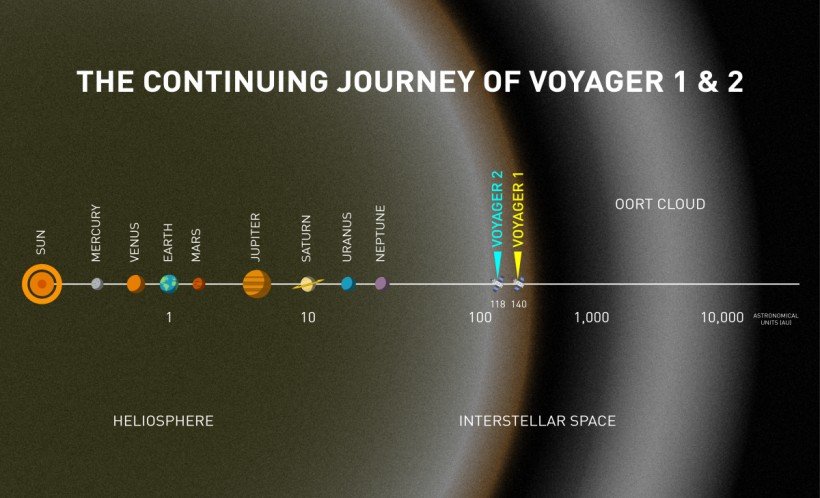 These 2 NASA’s Voyager spacecrafts, the Voyager 1 and Voyager 2 were launched into space 41 years ago in 1977 to explore the outer planets in our solar system.

Voyager 2 was launched on Aug. 20 while Voyager 1 was launched about two weeks later, on Sept. 5 . Everyday, both spacecrafts send information about their journeys back to NASA on Earth in the form of pictures and sounds.

Both Voyagers have seen a lot over the years, including Voyager 2’s flyby of Jupiter, Saturn, Uranus and Neptune, volcanoes on Jupiter’s moon Io, an Earth-like atmosphere on Saturn’s moon Titan and geysers of icy cold nitrogen on Neptune’s moon Triton.

Voyager 1 was the first and currently the only spacecraft to leave our solar system by entering the interstellar space (i.e. the part of space that exists between stars ) in Aug. 2012, 35 years after its travel began. Voyager 2 is also expected to interstellar space relatively soon.

Both Voyagers are powered with three radioisotope thermoelectric generators that will give them enough power to last over a hundred years. But their fading power reserves due to the incredible cold of outer space means Voyager 1 and Voyager 2 will soon run out of juice by late 2020’s.

With their current trajectories and speeds exceeding 48,280 kilometers per hour (30,000 miles per hour), both spacecrafts will be completing an orbit within the Milky Way every 225 million years.

But Voyager 1’s falling power supply means it will stop transmitting datas ( pics and sounds) by 2025, which means no data will flow back from that distant location back to NASA on Earth.

Since both Voyagers could last billions of years ,each of them carries a Golden Record of Earth sounds like greetings in 55 different languages, pictures and messages, in case an intelligent life forms from other planetary systems (like an Alien) finds them.

Photo Of A Couple Perching On The Bumper Of A Commercial Bus In Oshodi, Lagos