This street-legal jet-powered Volkswagen (VW) Beetle is up for sale on Craigslist for $550,000.

It is based on the 2000 model year Volkswagen Beetle and comes with two engines.

The production petrol engine at the front allows owners to drive this car legally in the city.

Its General Electric jet engine at the rear provides an additional 1350 horsepower. 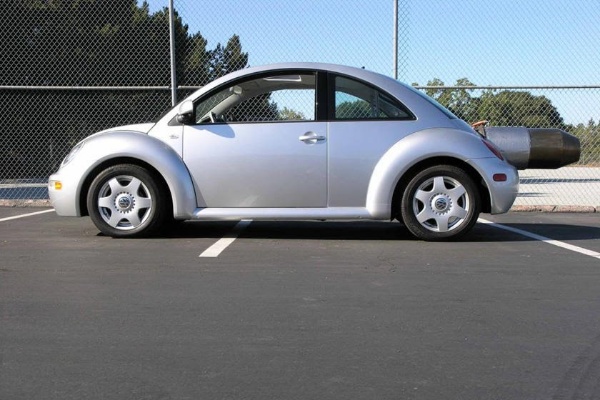 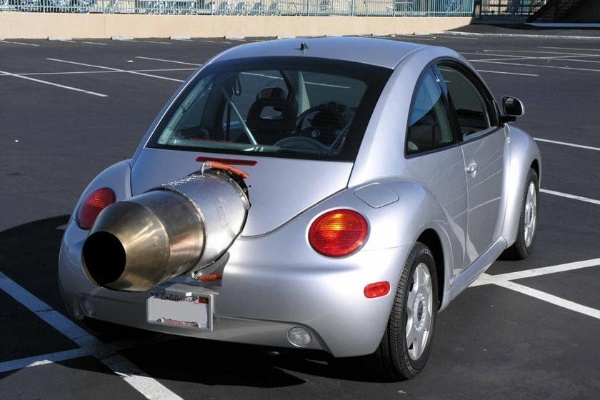 A jet-powered VW Beetle built by a specialist with a PhD in Mechanical Engineering from Stanford University is currently up for sale on Craigslist for $550,000. 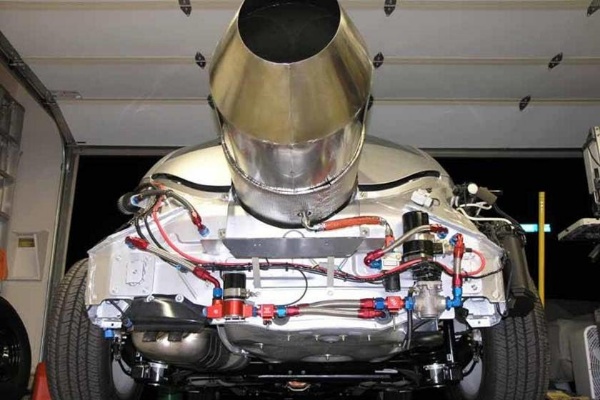 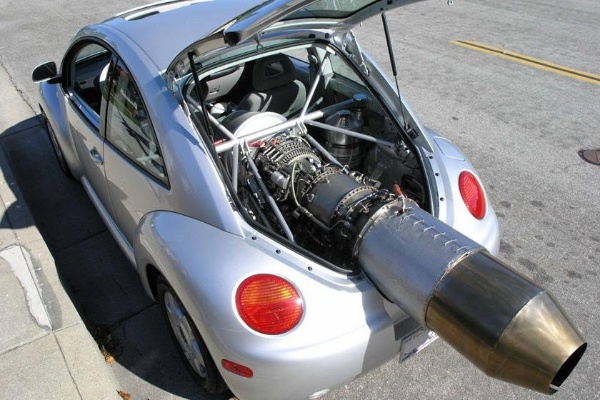 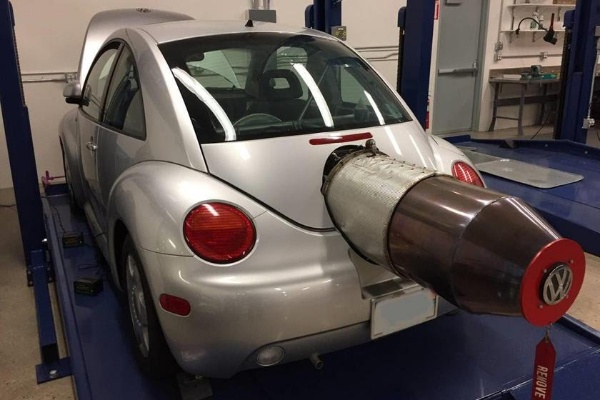 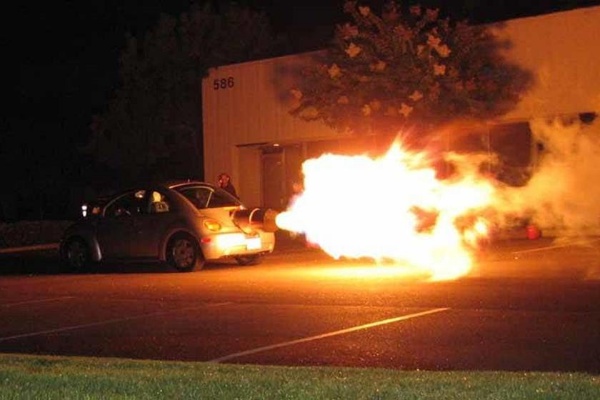 The production petrol engine mounted up front drives the front wheels. It allows owners to drive this car legally in the city.

Its rear-mounted General Electric jet engine from a helicopter provides an additional 1350 horsepower. 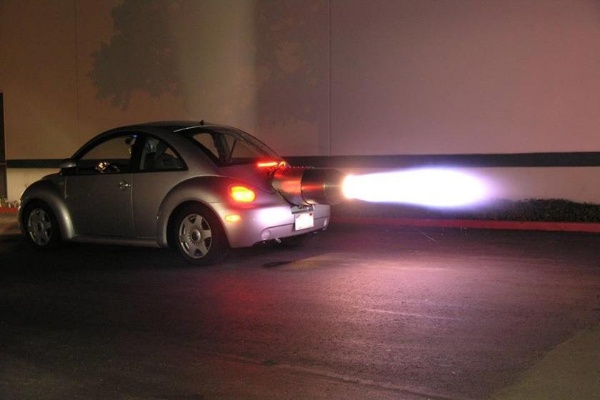 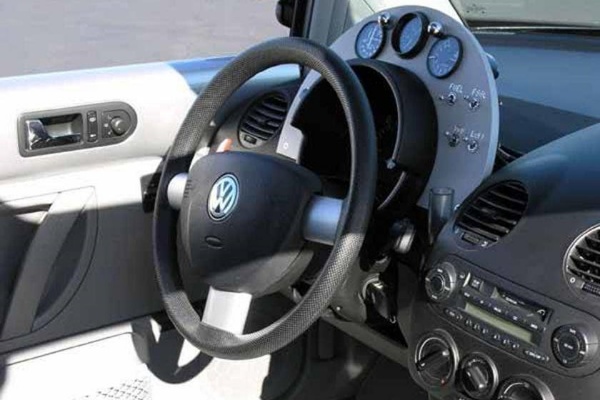 Inside, the Beetle retains its stock appearance with the only addition being a new set of jet engine gauges surrounding the steering wheel.

The manufacturer/seller gave a detailed explanation why this Volkswagen doesn’t tear into two when the vehicle is on. 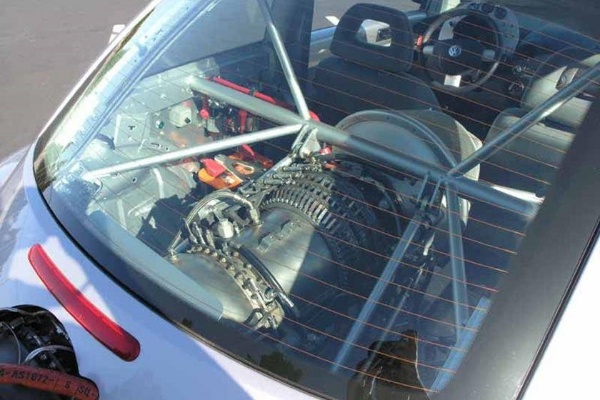 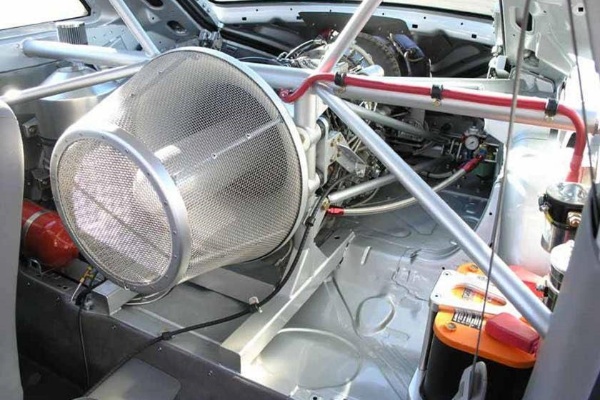 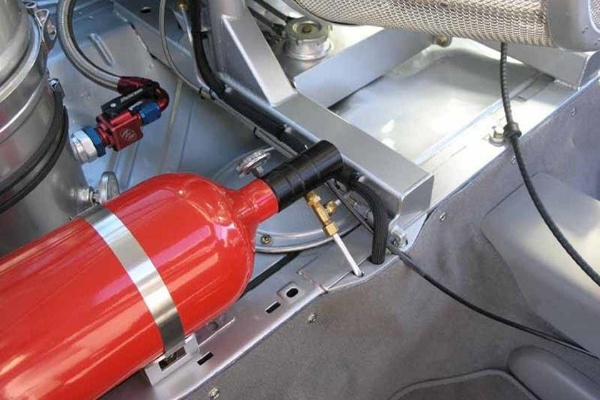 “Jet force is harnessed using sandwich plates attached to aluminum profiles inserted into the frame side members. The engine has rigid mounts with front and rear rubber rings that slide. To account for.”

In addition to carrying a price tag enough to buy a fully optioned Rolls-Royce Phantom, this car is also not cheap to run. According reports, three gallons of turbine oil for the rear engine cost $25 per quarter.

What Do You Think About This Wonderful Creation?