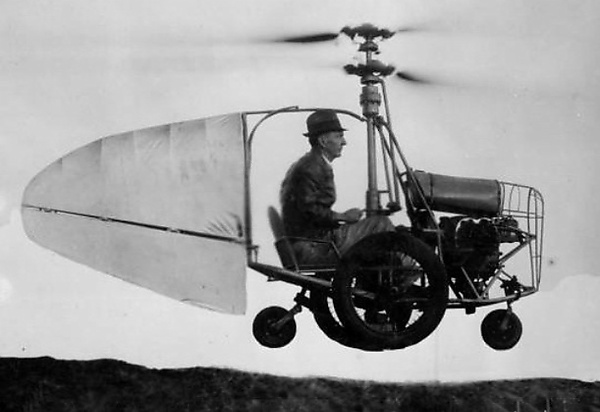 Today’s Photo: Jess Dixons got tired of being stuck in traffic, so he built a “Flying Automobile” around 1940.

Jess Dixon (1886-1963) of Andalucia, Alabama, USA, got tired of being stuck in traffic, so he reportedly designed and built a flying vehicle dubbed the “Flying Ginny” around 1940.

His “Flying Ginny”, a combination of automobile, helicopter and a motorcycle, was powered by an air-cooled 40 h.p. motor and capable of speeds up to 100 miles an hour, according to Modern Mechanics.

Just one photograph of his helicopter is known to exist. Although it appears that the machine is actually flying in the picture, no records of his test flights survived.