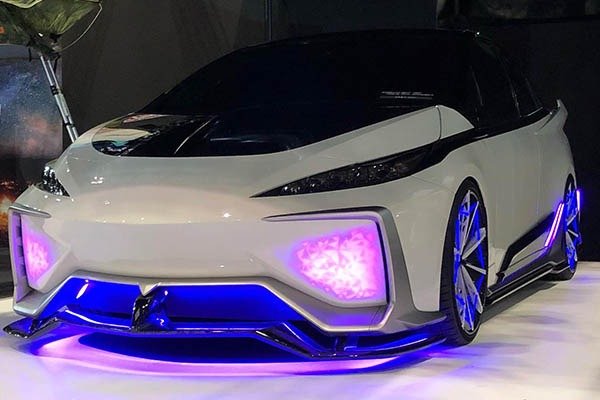 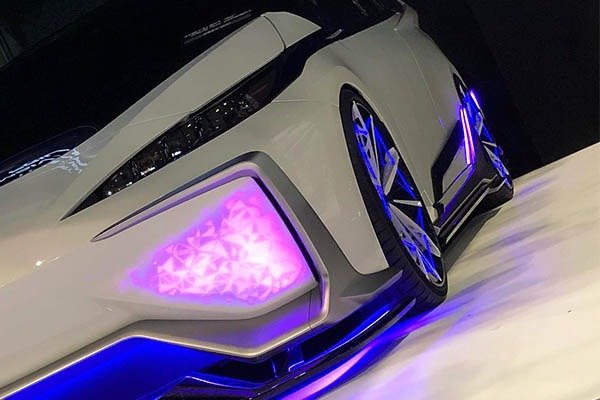 It features a transparent illumination at the front bumper and purple lighting on the wheels. The vertical tail also has a red lighting, similar to the styling on the new Hongqi H9 luxury sedan.

This is a concept car, so let’s wait and see maybe Toyota will include some of these futuristic designs on the upcoming Toyota Prius model.