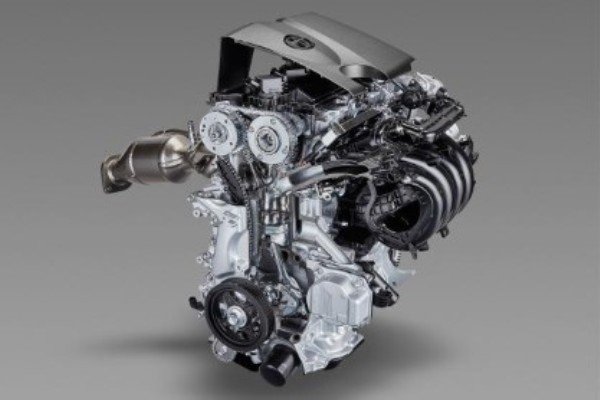 Prior to revealing actual cars by Toyota, they instead released details of a new range of engines and transmissions for future car models based on the Toyota’s new TNGA platform.

Two new powertrains have been announced. One is conventional and the other is hybrid.Toyota claims world-leading thermal efficiency and increased torque across the rev range, while it will comply with future emissions legislation ahead of time.

The new petrol-electric hybrid is adapted from the powertrain seen in the latest Prius, and will be used across much of the brand’s larger car range. It reduces the engine revs needed for maximum power and draws more energy from the battery pack than before.

Aside the powertrain, Toyota has also developed a new type of CVT gearbox which is said to be 6% more efficient than before. With this, they claim better acceleration, faster shift speed, removes slow initial response of a CVT. Generally, increased perfomance.

A new six-speed manual ‘box has also been developed, which is smaller and 7kg lighter than before, further increasing efficiency. Engine revs are also automatically adjusted when changing gear, in theory making selecting cogs smoother.

Finally, two new four-wheel drive systems will be making their debut. Petrol-powered models will use a new Dynamic Torque Vectoring AWD system, using a more efficient ratchet-type dog clutch system to disconnect power to the rear wheels. An electric all-wheel drive system is used on hybrid vehicles, sending 30 per cent more torque to the rear wheels than the old system.

Related Topics:toyota engine. gearbox
Up Next

All New Nissan Terra Unveiled As A Frame SUV (Photos)